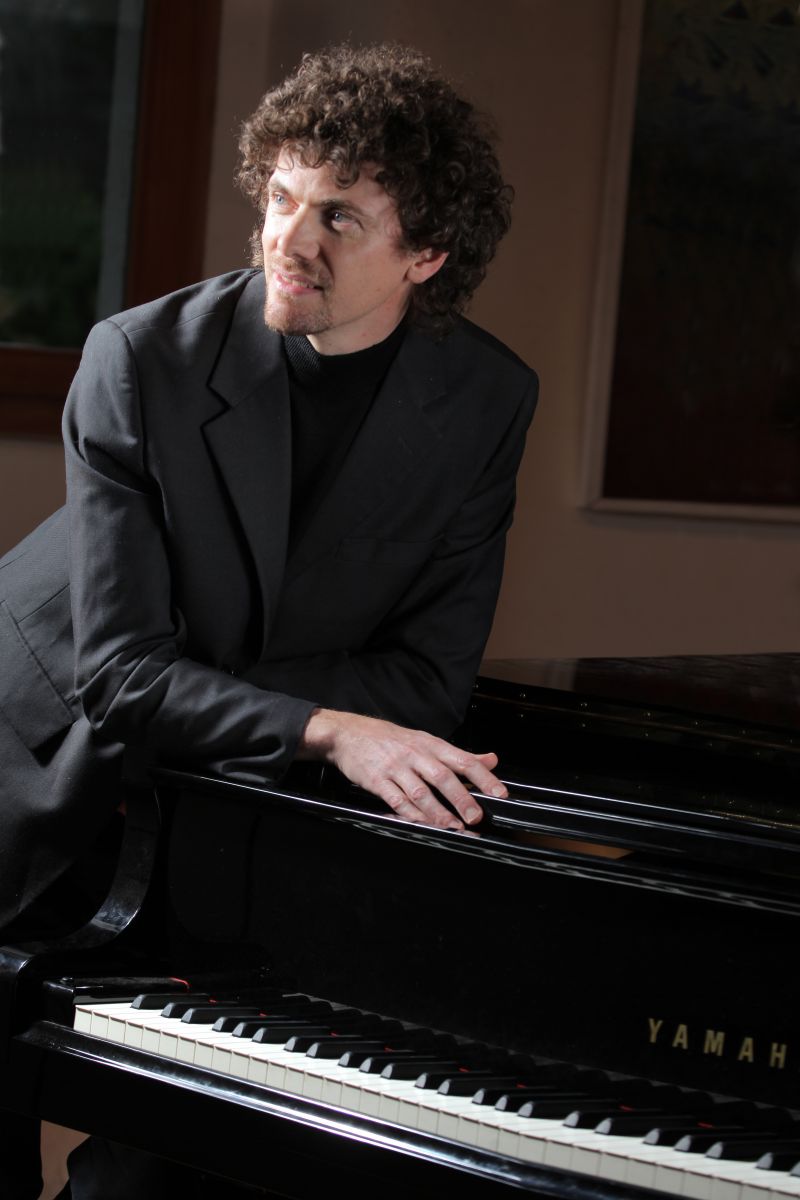 Roberto Olzer began studying piano at an early age and later organ with Maestro Giancarlo Parodi under whose guidance he received his diploma in organ and organ composition from the Giuseppe Verdi Conservatory in Milan, Italy. While completing his philosophy degree at the Catholic University Milan, he studied jazz improvisation with Roberto Ciammarughi. He further refined his technique through classes and seminars held by prominent piano masters, like S. Battaglia and E. Pieranunzi. He completed his musical education with a degree in piano.

Roberto Olzer’s first recordings date back to 2002-2003 with “Folk Songs” accompanied by the guitarist F. Spadea and “Eveline” accompanied by a sestet bearing his name for the label Splasc(h). Following that, he collaborated with the Max De Aloe Quartet recording six albums including a live concert edited by Abeat Records. He then recorded two albums for Splasc(h) and Dodicilune with the Michele Gori Quartet, a recording titled “Bill Evans Homage“ with the Roberto Mattei Double Quartet, and a CD with the Florentine songwriter Susanna Parigi.

His first piano solo “Esprit de Finesse”, edited by Dodicilune was recorded in 2009 and is dedicated to F. Mendelssohn Bartholdy to commemorate his bicentennial date of birth. He further developed themes from the classical repertory as a basis for jazz arrangements and compositions with the Rudy Migliardi Quartet. ‘Au Rebours’ is a recording with the bassist Roberto Mattei of improvisations on classical themes, edited by 201 Editions, also the label for “Avorio”, a recording with the singer Elisa Marangon.

A more recent formation is the JMT (Just Music Trio) together with Yuri Goloubev and Fabrizio Spadea. The trio recorded “Standpoint” edited by Caligola.

The Roberto Olzer Jazz Trio was formed in 2011 with bass player Yuri Goloubev and percussionist Mauro Beggio. Their first album ‘Steppin’ Out’ with the Abeat label in 2013 was widely acclaimed by both music critics and the public. In particular, it was awarded the title of best instrumental album of 2013 by the Japanese ‘Jazz Critique Magazine’ (HIHYO) in a category that includes names of world fame like Chick Corea, Dave Holland, or Steve Swallow. Since the debut of the Trio in the prestigious Moods Jazz Club Zürich, Switzerland, they have continued to refine their sound, highlighted by the strong soloist talents of each of its members and their creative reciprocity.

Roberto Olzer is also active as a composer and arranger for bands, string quartets, and prestigious ensembles. He has arranged compositions such as ‘Homage to Nino Rota’, ‘Xilophonia’, ‘Rhapsody in Blue’ and ‘John Williams Suite’ for the Decimino d’Ottoni (Brass Ensemble) of the La Scala Opera House, Milan. He also arranged Astor Piazzolla’s tangos, an homage to Ennio Morricone, etc. for the Coccia Theatre Symphonic Orchestra (Novara, Italy).

His collaboration with the Brass Ensemble of La Scala Opera House, Milan, as arranger and soloist in Gershwin’s Rhapsody in Blue (Domodossola, Italy 2013) has developed into a new project called ‘American Sweets’, where he plays in combination with his Trio and the Brass Ensemble his original arrangements of music by Leonard Bernstein and John Williams.

Roberto Olzer’s published works as a composer include “Tetragono” for clarinet and piano (Bim Vuarmarens Editions Switzerland), “Sciccareddu” and “Monte Rosa” (Wicky Editions in Milan), “Per Geometrico Destino” for solos, chorus and orchestra commissioned for the centennial of the Simplon tunnel (Switzerland), and two compositions for organ commissioned by   M° Parodi:  ‘Prelude, Fugue et Chorale’ and ‘Fantasy on B.A.C.H’