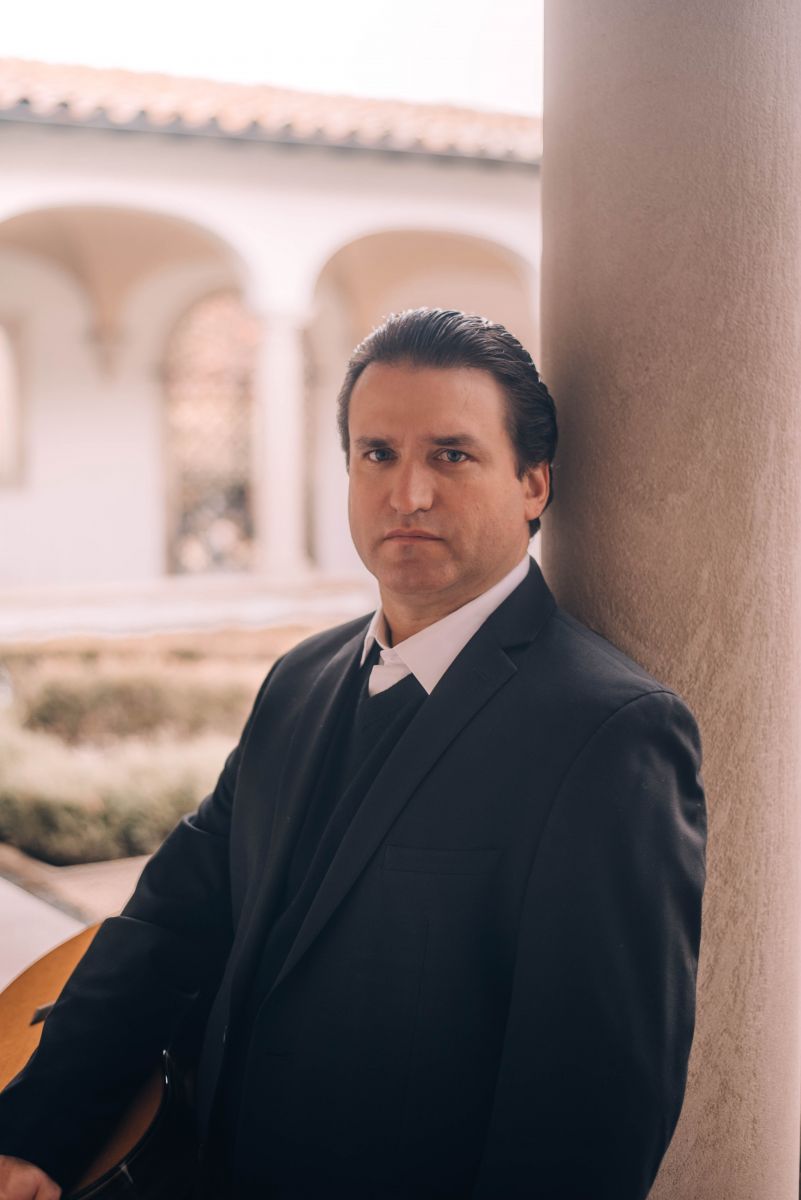 Cuban-born René Izquierdo is a unique artist and passionate educator whose career has been dedicated to inspiring individuals and connecting communities. Whether passionately performing on stage, devotedly mentoring his students, fundraising, or leading community outreach, Ren’és multi-faceed approach endeavors to continue creating experiences that enrich people’s lives and add beauty to our world. Through his “unforgettable versatility, sensitivity and sublime musicianship” (Classical Guitar Magazine), René has firmly established himself as one of the world’s classical guitar virtuosos. He is celebrated for his ability to weave an unparalleled technical command of his instrument with his gift of storytelling, accomplishing an intimate musical experience with his audience. With over seventy engagements per year, whether as a solo performer, chamber musician, or as a guest soloist with orchestras, he has performed to critical acclaim touring extensively throughout the Americas, Europe, and Asia. He is frequently invited by renowned festivals and institutions, having played at stages such as Carnegie Hall in New York, Manaus Opera House in Brazil, and National Recital Hall in Taiwan. Self-described as a lifelong learner and explorer, his recording projects reflect his wide-ranging interests. Through his discography, René seeks to expand the guitar repertoire frequently performing new arrangements, lesser-known music of the 20th century as well as world premieres of concertos and new compositions. As an educator, René is passionate about engaging the mind and the heart. Through his teachings all around the world, he shares his belief that the greatest musicians not only have the technical mastery to communicate effectively but also are deeply curious, and equally adept at analytical and emotional modes of thought.