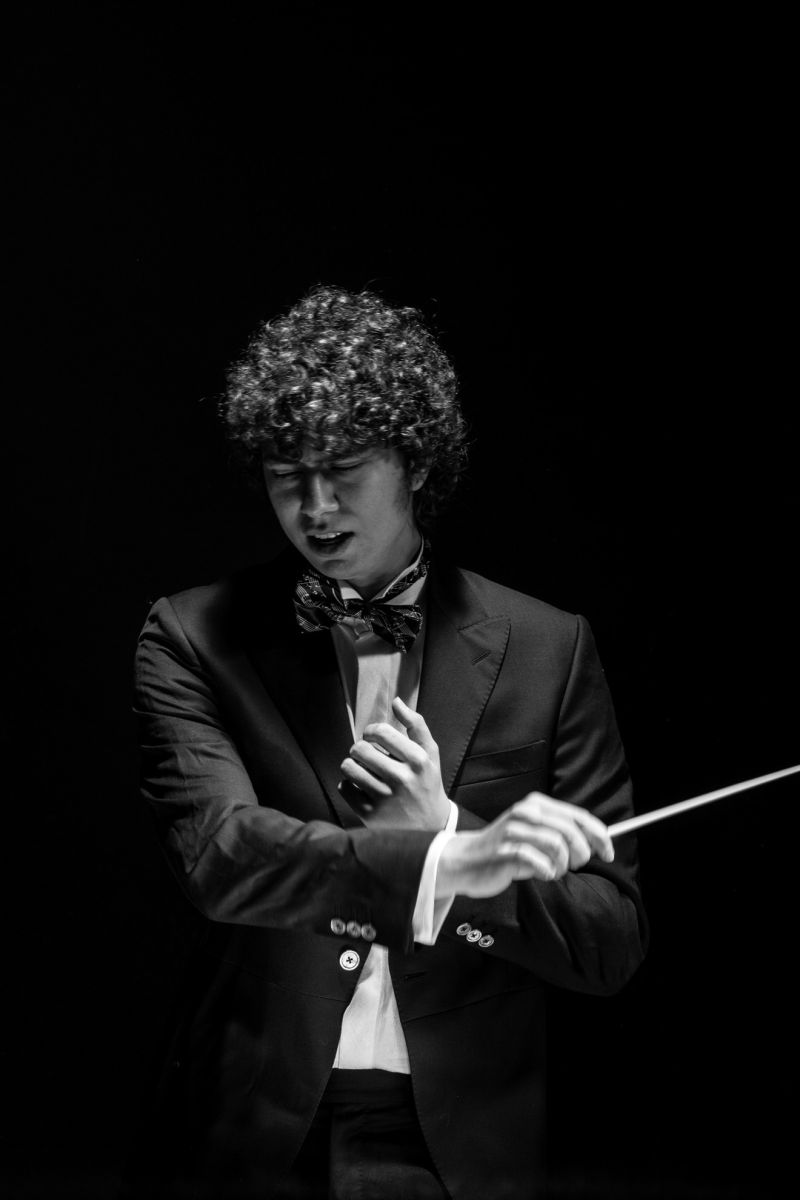 A musician since the age of 3, he began his musical studies with the Suzuki method in the "Civico Istituto musicale Fergusio" in Savigliano, where, a few years later, he took classical guitar lessons under the guidance of M° Cristiano Alasia. This institute integrates singing and solfeggio lessons, he also participated in numerous concerts and performances and studied piano by M° Ivano Scavino. At the age of 11 he brilliantly passed the admission test to enter the conservatory "G. F. Ghedini" in Cuneo, obtaining the best score in the last 20 years. Here he continues piano study under the guidance of various teachers, including Giovanni Giannini and Achille Lampo, after which he joined the private teachings of Wally Peroni, a great piano teacher.

He participated in various master classes with international masters such as Paul Badura-Skoda, and at the age of 14, he was selected by the conservatory to participate in the "Young Talents" concert, where he performed with great piano pieces. At the suggestion of his guide Wally Peroni, at 15 he also began studies in composition and choral conducting under the guidance of M° Elena Camoletto.

Not even a year after his studies, on March 23, 2012, he conducts the choir at the "World Concert for Peace" organized by the Pequenas Huellas and is the youngest conductor among the participants. He joins the "Ensamble Vocal" of the conservatory, with which he conducts numerous concerts, and simultaneously begins his personal journey with the choir "Compagnia Cuneo Music Company," of which he is still the director, for which he is also responsible for the composition and arrangement of songs from the folk tradition. Numerous collaborations in the area with municipalities, foundations, and theaters, including the "Teatro Toselli" of Cuneo.

In 2019 he was admitted to the conducting course at the "Arrigo Boito" conservatory in Parma, also passing - in the same year – the selection to enter the conducting class at the school of "High perfezionamento musicale" in Saluzzo, where he studied under the guidance of M° Donato Renzetti. He recently began to enter the world of competitions, reaching the final stages of his first international competitions. As of Oct. 1, 2022, he began a collaboration with the agency "Vida Art" as a conductor of the orchestra.