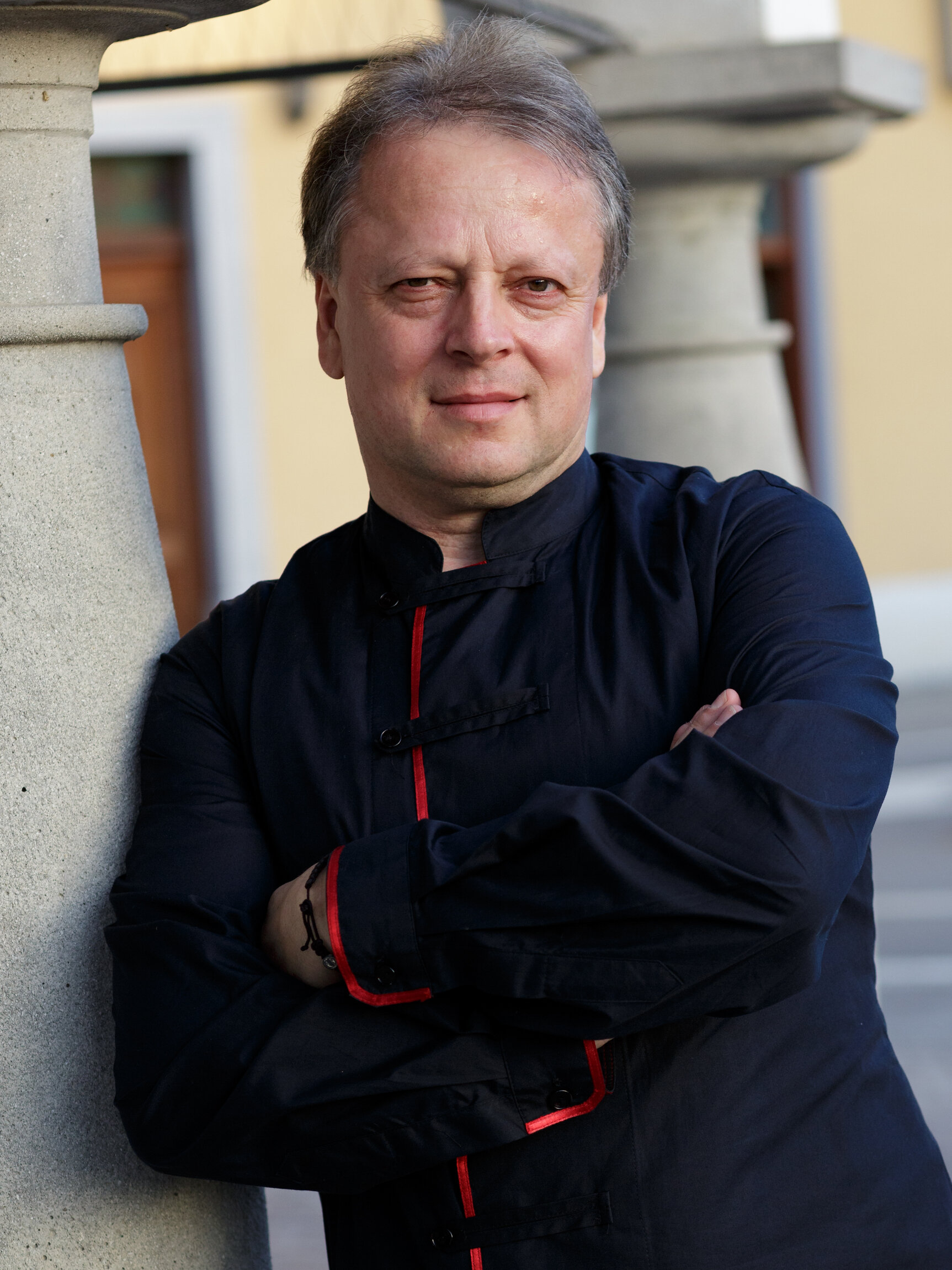 Graduated from clarinet at the Academy of Music in Ljubljana under professors Alojz Zupan and Jože Kotar. Later, he began studying conducting.

He teaches clarinet and chamber performance at the Primary Music School in Logatec. He is the recipient of Gerbič's Award, awarded by Slovenian Music Schools Association for exceptional achievements in the field of music edication.

He is is the founder and conductor of the Adoramus Mixed Choir.

In 2000, the choir won the Absolute First Prize at the famous Prague Choral Competition. The award was presented to him by Petr Eben, famous Czech composer.

He is the founder and artistic leader of the Cantabile Symphony Orchestra.

He is an organist and musical activities' leader at the homely parish of St. Nicholas, Logatec.

For years, he has been an expert music leader of summer singing-spiritual camps for choir masters, organists and singers of church choirs.

As a mature musician, he reaches further than just interpretation: his own original compositions which he has so far presented to the public have always been met with enthusiastic reception. His composition Laudate Dominum for mixed choir and string orchestra is frequently performed at concerts by various choirs at home and abroad.

With the National RTV Slovenia Symphony Orchestra, in 2016 he led a successful premiere of composer Avgust Ipavec's Colors of the Green Emerald in collaboration with other artists.

His motto is: 'Music is the most wonderful of arts and a memory of heaven.'