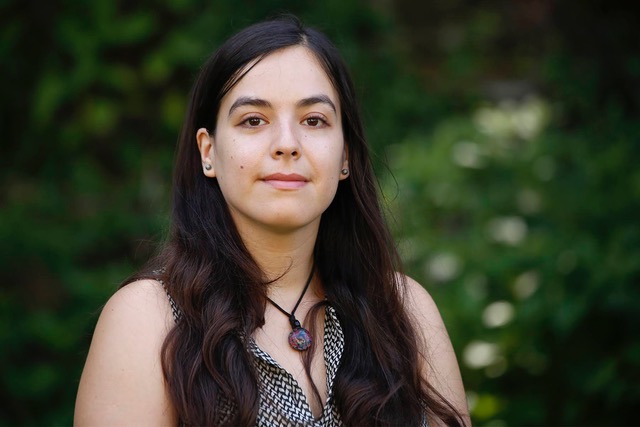 Marina Lopez is a Pittsburgh-based Mexican composer, educator, and budding writer. Born and raised in Mexico City, she has a deep interest in exploring the psychological, ethnomusicological, and physical roots of her musical heritage. Her music engages with the current moment, as well as with the history behind this heritage. She is interested in challenging borders between musical genres and between art forms, to create immersive experiences that challenge the listeners' preconceptions.

She started pursuing musical composition in the Fall of 2012, under the guidance of the late Dr. David Stock.

In the Spring of 2018, she completed her Master's level studies in Musical Composition under Leonardo Balada, at Carnegie Mellon University.

Her music has been performed by the Transient Canvas, the Chamber Orchestra of Pittsburgh, the Carnegie Mellon University Contemporary Ensemble, OvreArts Ensemble, the Carnegie Mellon University Philharmonic, Kamratōn ensemble, and Boston's White Snake Project, amongst others. She has participated in reading sessions with the Pittsburgh Symphony Orchestra under maestro Leonard Slatkin, as well as with the Houston Symphony Orchestra under maestro Yue Bao.

Her first opera 'Not Our First American' was premiered at Pittsburgh Opera on April 13th, 2019, as part of Co-Opera; a year-long collaboration between Pittsburgh Opera
and Carnegie Mellon’s Music and Drama departments. Her second opera 'Rosa' is to be premiered in December 2022 by Boston-based opera company White Snake Project.

Through the fall of 2019, she worked with Alia Musica Pittsburgh, a non-for-profit that helped nurture the New Music scene in Pittsburgh.

From the fall of 2020 through the Spring of 2021 she developed and led an after-school program with a local nonprofit Casa San Jose that will provide an opportunity for Pittsburgh Area Latin American children to explore their musical and cultural heritage.

She is currently working with Volta Music Foundation, which seeks to make music education accessible to students in need in Latin America and create music programs that help underserved communities in the U.S.