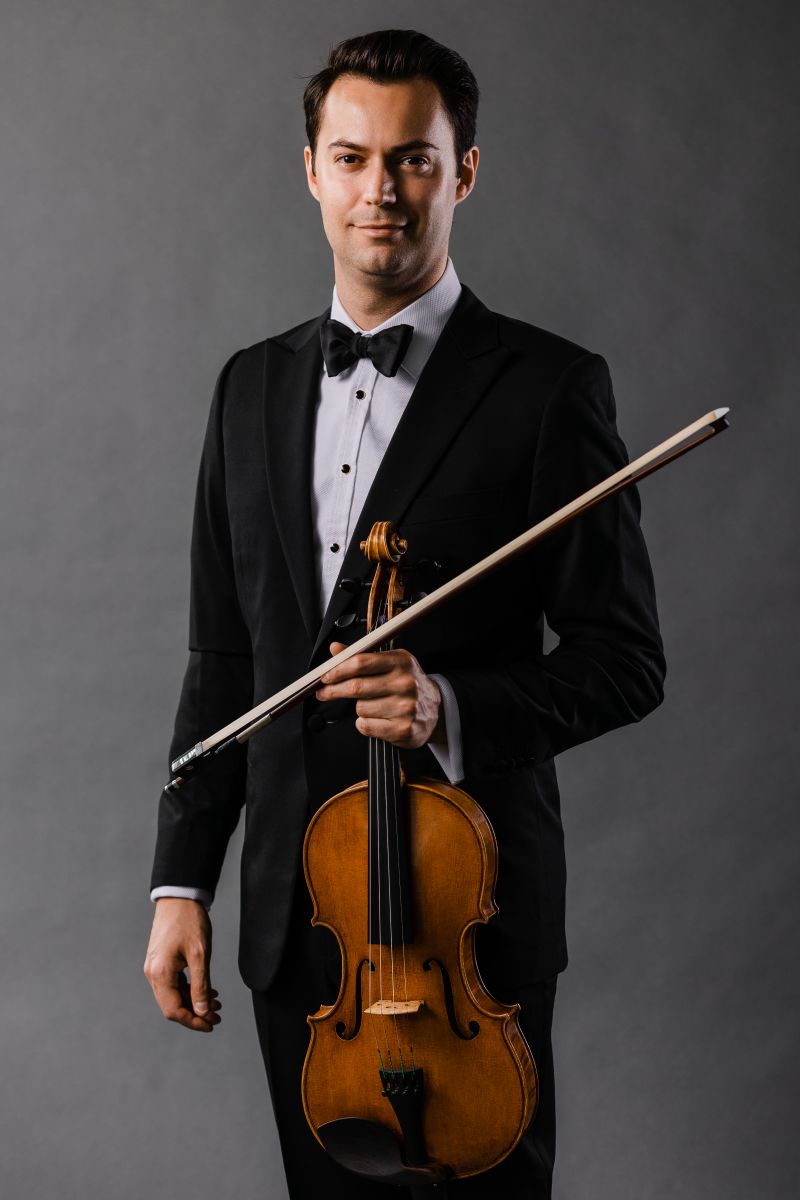 Violist Jeremy Kienbaum is an enthusiastic collaborator and educator. He has performed in venues such as Carnegie Hall in New York City, the Elbphilharmonie in Hamburg, and the Paris and Berlin Philharmonies, and made recent appearances with Love from Lincoln Center, Willy Street Chamber Players, and at the Davos and Lucerne Festivals in Switzerland. He has been featured on WORT-FM radio, Wisconsin Public Radio, and Classical KING in Seattle, and has appeared on the TODAY show. As a chamber and orchestral musician, Mr. Kienbaum has performed with renowned musicians such as Alexander Fiterstein, Carmit Zori, and alongside members of the New York Philharmonic, Boston Symphony Orchestra, and Metropolitan Opera Orchestra.

He regularly plays with the Charleston Symphony Orchestra and the Washington Heights Chamber Orchestra and has recently performed at Bargemusic, Chelsea Music Festival, and on the Charles Ives Concert Series. Strongly committed to performing works by living composers, Mr. Kienbaum has premiered works by Aaron Jay Kernis, Augusta Read Thomas, and Peter Eötvös and has worked with composers including Thomas Ades, Fred Lerdahl, and Nina C. Young. In 2016, he gave the world premiere of “Tragedy No. 2,” a string quartet concerto by Theo Chandler, as a member of the New Juilliard Ensemble in Alice Tully Hall.

Mr. Kienbaum teaches at Hunter College and maintains a private violin and viola studio in New York. He has previously taught for the After-School Arts Program at the Nord Anglia International School in New York, Opportunity Music Project, and for the Wisconsin Youth Symphony Orchestras. Additionally, he has given masterclasses and coached chamber ensembles at the Juilliard School Music Advancement Program, Frostburg State University Summer Music Academy, Northern Lights Chamber Music Institute, University of Wisconsin-Madison School of Music, and for students of the Central Conservatory in Beijing, China.

Mr. Kienbaum has been recognized internationally for his musical achievements as first prize winner in the Enkor International Chamber Music Competition, and the National Federation of Music Clubs Student/Collegiate Competition, and recipient of the James F. Crow Viola award from the University of Wisconsin and the Irene Diamond Graduate Fellowship from The Juilliard School. Originally from Madison, Wisconsin, Mr. Kienbaum’s early training was with Eugene Purdue, followed by studies with David Perry and Sally Chisholm at the University Of Wisconsin Madison School Of Music where he graduated with distinction. He received his Master of Music under the tutelage of Samuel Rhodes at The Juilliard School and is a doctoral candidate at the CUNY Graduate Center where he studied with Mark Steinberg.