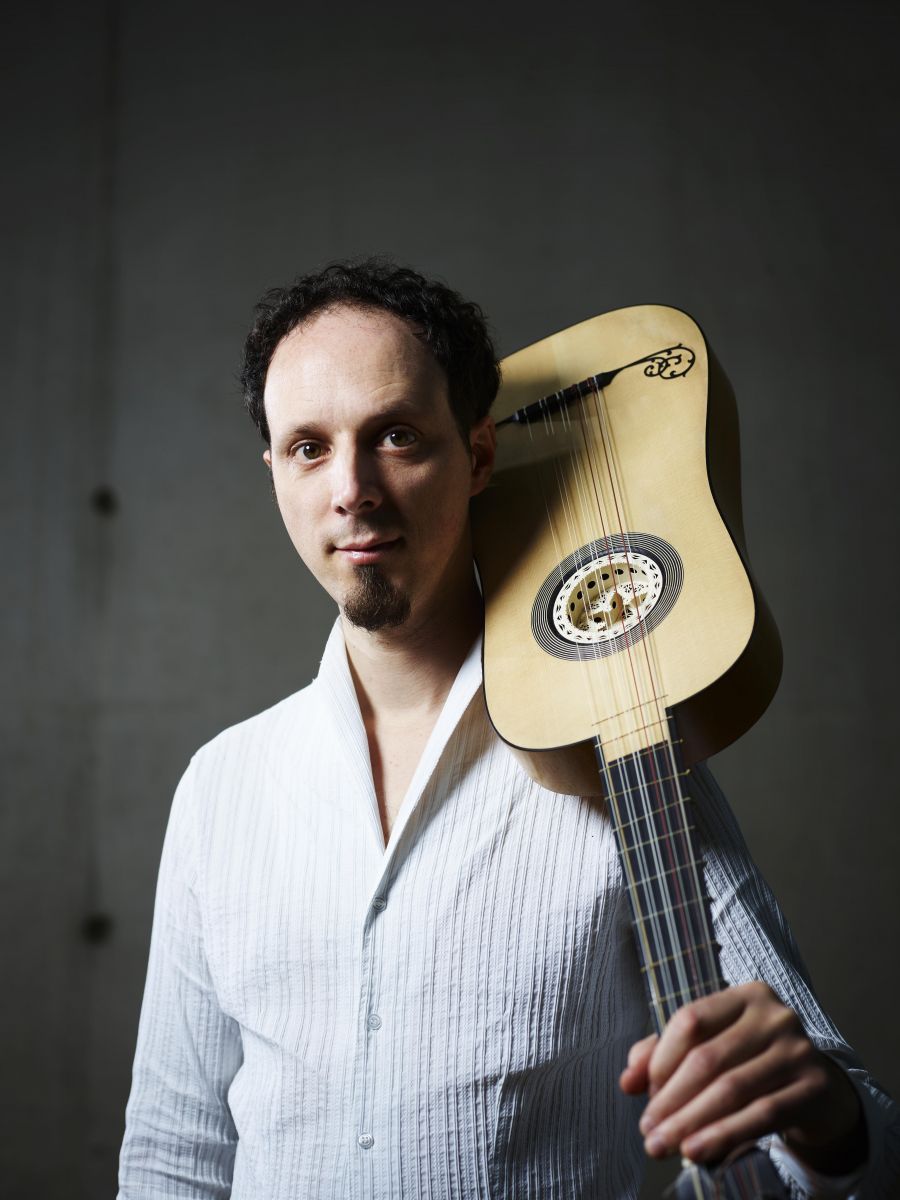 'with a feeling for style, timing, color and depth he transcends his instrument'
(Dutch national newspaper Trouw)

His poetic style in combination with profound research makes Izhar Elias (Netherlands) one of the most sought-after specialists in early music, chamber music, and new music for guitar. He has given concerts, lectures, and masterclasses, and been the soloist in concertos with renowned orchestras, in Europe, Russia, south-east Asia, Australia, and the US. Izhar has won many national and international competitions. He won the prestigious Dutch Music Prize, the highest musical award given by the Dutch government.

Through extensive research, Izhar Elias has been able to recreate the musical language of the renaissance, baroque, classical and romantic periods using original instruments and historical methods. Amongst other instruments, he owns a unique original Guadagnini guitar from 1812. The Prince Bernhard Cultural Foundation purchased the instrument possible.

Izhar Elias has premiered over 50 contemporary works. In addition, he mixes different artistic disciplines in his collaborations with choreographers, experimental filmmakers, and theatre directors. In 2014 he premiered the double concerto Schattenspiel, for electric guitar, classical guitar, and big symphony orchestra, together with the composer and heavy metal guitarist Florian Magnus Maier in Amsterdam Concertgebouw.

In 2021 his 14th album has been released: Le Plaintiff (Brilliant Classics), with French baroque music.

In 2016 he had the honor to perform for the Dutch King on Dutch national TV, celebrating King's Day.

Izhar Elias is surrounded by many world-class musicians. A few of his remarkable collaborations: Together with guitarist Fernando Cordas, Izhar Elias specializes in performing early 19th century duos on historical instruments. He is a member of trio Cordevento with Erik Bosgraaf – recorder and Alessandro Pianu - harpsichord, which revives virtuoso music from the 17th century, a repertoire often on the border of art and popular music. Cordevento has performed in many of Europe’s most prestigious concert halls and early music festivals, such as the Konzerthaus (Vienna), Concertgebouw (Amsterdam), Palais des Beaux-Arts (Brussels), Konzerthaus (Berlin), Concertgebouw (Bruges), and the Utrecht Early Music Festival.

Izhar Elias has studied with Ton Terra, the Groningen Guitar Duo, Zoran Dukic and Kees Hendrikse. He studied the performance practice of 19th-century music at the Accademia di Studi Superiori l´Ottocento with Carlo Barone in Italy. The performance practice of the renaissance and baroque guitar he learned from a.o. William Carter, Adrián Rodriguez van der Spoel and Lex Eisenhardt.