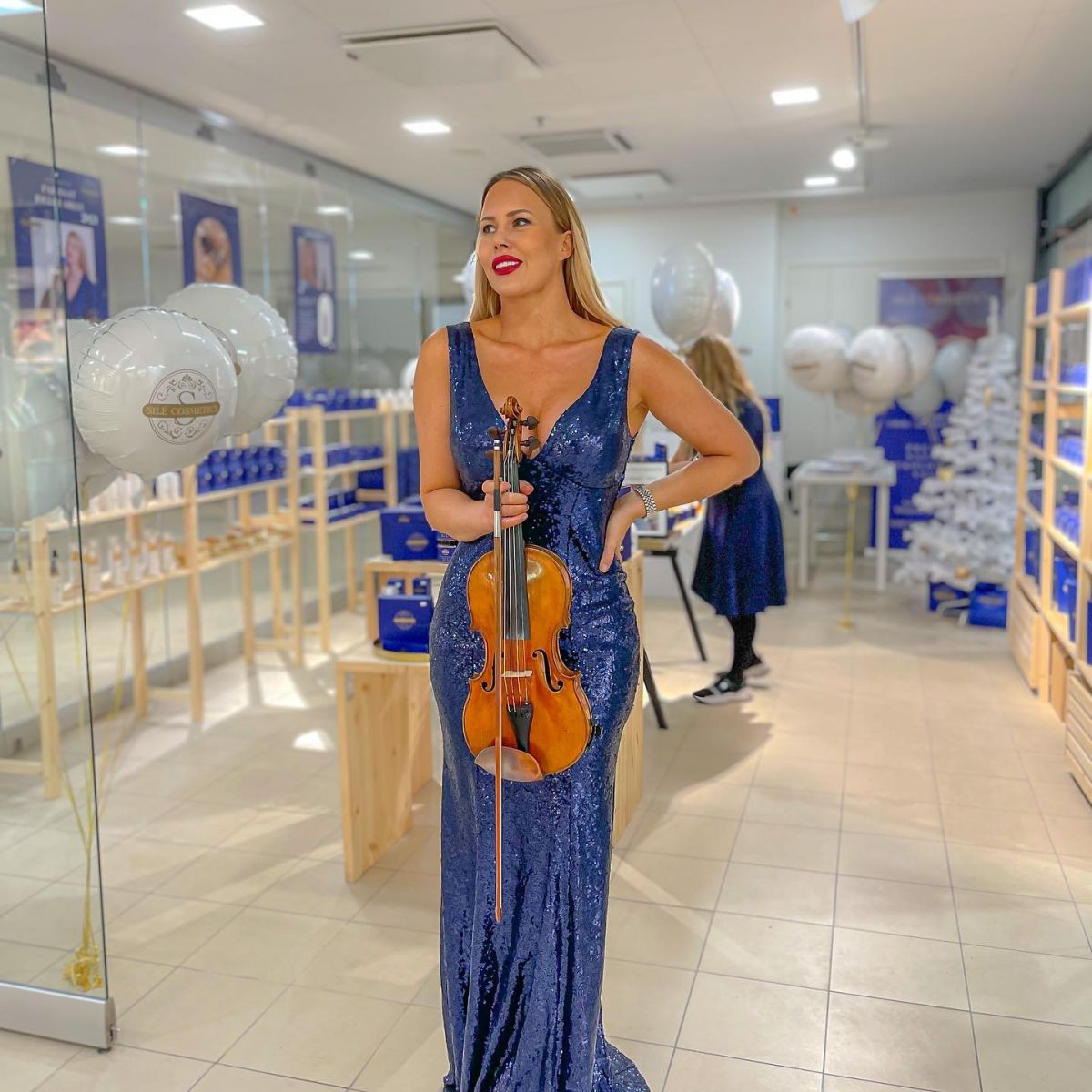 Elisa Järvelä is a violinist who has graduated from the Sibelius Academy master’s degree program in Helsinki, Finland with excellence. Elisa started playing the violin at the early age of four in the Central Ostrobothnian Conservatory and was taught by her mother Raila Järvelä and later by Reijo Tunkkari and Jari Valo. Elisa has studied the violin under the guidance of several professors in Finland and also abroad, with teachers such as Milan Vitek, Yair Kless, Vilmos Szabadi, Antonina Kazarina, Endre, and Jennifer Fol. In addition to the Sibelius Academy, she was taught by Satu Jalas, the daughter of Jean Sibelius, for a year in the Conservatory of Parma. She strives to be the most versatile violinist in the world, performing with artists in different genres and performing at high-class venues.