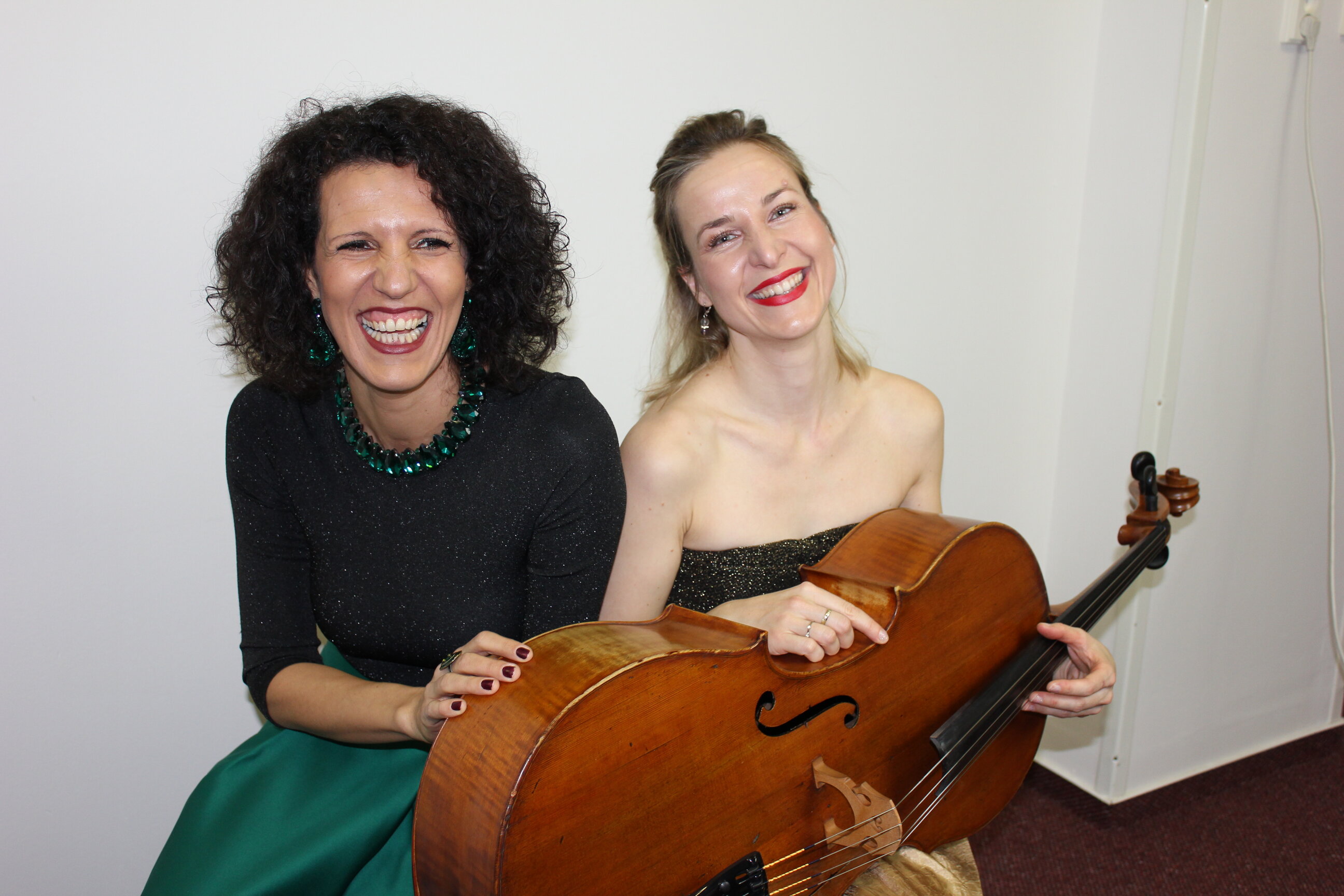 Duo Charis was formed at the end of 2010 as a result of a creative search for two young musicians who have been actively enriching musical events with their concert activities for several years, wether as soloists, or members of orchestras.

They performed together for the first time at the 1 st Summer Festival of Young Artists in Piešťany in August 2006, but they had no idea that four years later they would form a duo together so that they could realize interesting musical works from chamber music for this cast.

Charis is the name of the ancient Greek goddess of charm (helper of the goddess Athens), and that is why this appeared in the name of a chamber group, which seeks to present all the attributes of beauty contained in musical works from the Classicist period to the present.

Duo Charis has the ambition to fill empty spaces on chamber music maps with their concert activities.

She was born in 1983 in Galanta (Slovakia). She studied at the Bratislava Academy of Performing Arts (Prof. E. Prochác), the Prague Conservatory (Prof. M. Petráš, Pišinger) and in Belgium at the Royal Conservatory in Ghent (Prof. J. Ermert), where she received various scholarships.

Kristína was also an active member of Solistees Europees Luxembourg, a short time in the Slovak philharmonic.

Kristína currently works as a teacher and also as a guest player in the chamber orchestra of Cappella Istropolitana, Synchron Stage in Wien, and in the orchestra of Slovak Radio.

She is very active in Duo Charis and in the ensemble Musica Aeterna, where she plays on baroque cello. Performs at Slovak and international music festivals.

She was born in 1976 in Nitra (Slovakia.) She was admitted to the Conservatory in Bratislava to the class of prof. Brigita Starostová, six years later she became a student at the College of Performing Arts in Bratislava (studied under the supervision of Prof. Miloslav Starosta).

Her interpretation skills were improved also through piano courses under supervision :

Miriam Gašparíková often collaborates with soloists of Slovak National Theatre,as well as with members of the Slovak Philharmonic as a requested pianist.

As a solo and chamber musician, she has given concerts in Slovakia, Czech Republic, Germany, Austria, Switzerland, Latvia, Hungary, England, and France.