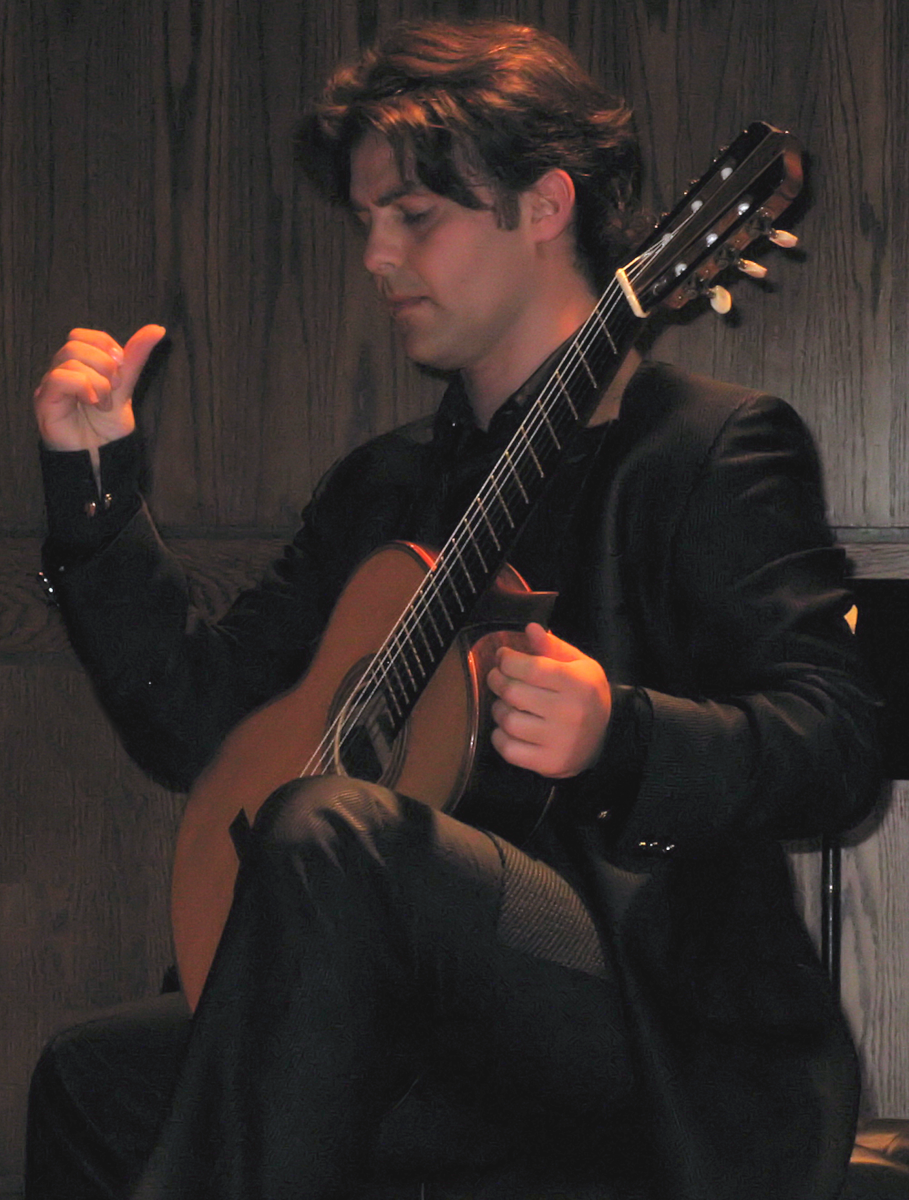 Throughout the artistic world, Cristiano Porqueddu is highly praised and recognized as one of the major interpreters of 20th and 21st-century guitar music in the contemporary scene.

Critics have labeled him as “a reference point for the new generations of musicians”. Porqueddu began his studies by following his father’s teachings. After having obtained high marks in a specialization course with Angelo Gilardino at the International Academy of Superior Music “Perosi”, he is now involved in an international artistic activity that encompasses concerts, discography, and music composition.

As his career progressed, he received awards in international guitar competitions. His concert activity takes place regularly between Europe and the United States and includes performances in some of the most important concert halls such as Carnegie Hall in New York or the Tchaikovsky State Conservatory of Moscow from the rector of which he received a letter of recommendation.

His recording catalog is comprised of 25 releases and over 60 CDs released by major label Brilliant Classics, which also has a worldwide distribution agreement with Porqueddu. There rave reviews for his record releases are countless.

From 2014 to 2019, he has the key role of editor at “Edizioni Bèrben” in Ancona, Italy. As well as an editor, he is also the author of revisions of unpublished original music of which he is often the dedicatee. Since 2020 he has published with Les Productions d'OZ as author and editor.
Around the globe, he is successful at winning music composition competitions set in Europe, the United States, and Asia. His music is published by prestigious editors and is played by international high-caliber interpreters.

He currently lives in Nuoro (Sardinia), where he also teaches. Since 1998, he is the artistic director of important events dedicated to classical music.