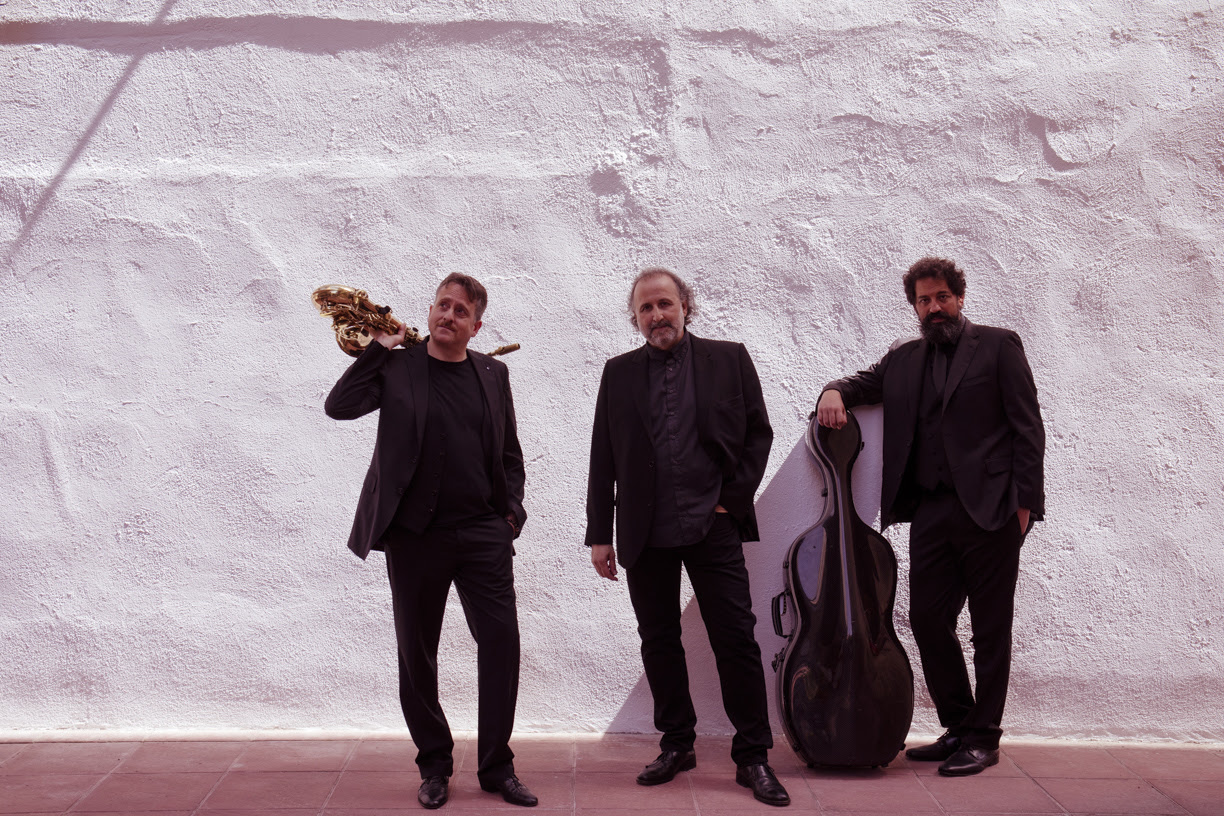 Flamenco. Jazz. Tango. Classical music. The Camerata Flamenco Project ́s story is about the meeting of three musicians and different kinds of music. Piano. Cello. Sax and flute. Pablo Suárez, José Luis López and Ramiro Obedman have created together a sonorous universe that pivots around flamenco but that is transversal to styles and tendencies..

They made their debut at the Singapore Arts Festival in 2004 and since then they have performed in theaters and auditoriums around the world, performing, recording, and collaborating with artists such as Carmen Linares, J. M . Cañizares, Jorge Pardo, Carmen Paris, and Dima Slobodeniuk, among many others. On the stages of Flamenco Festivals such as Jerez, Suma Flamenca de Madrid, Oporto, Lisbon, Rome, Dublin. Jazz Festivals like Amersfoort Jazz Festival, Madrid Jazz Festival, Etnosoi of Helsinki, Classics like Avanti Summer Music and Zutphen Cello Festival, Veranos de la Villa, Teatro Maestranza, Festival de la Guitarra de Córdoba among many others, have witnessed the unmistakable sound of this free, passionate and integrating trio.

CFP has artistic projects such as Entre Corrientes, their most electrifying and jazzy formation; Impressions, an album that integrates the musical identity of contemporary flamenco with pieces of French impressionism, Ravel, Satie, and Debussy coexist with tarantas, seguiriyas, and tanguillos; Encuentros de Vanguardia, a fusion of singing, dancing and flamenco swing; Camerata / Sinfónico, a Suite in which flamenco music and the spectacular sound of a symphonic orchestra meet and finally, Falla 3. 0, their latest work, wherefrom the utmost respect for the music of Don Manuel de Falla.