The Romantic period of classical music lasted for much of the nineteenth century. It bridged the gap between the Classical era music of Mozart and Haydn and the music of the twentieth century. Romantic-era music contributes heavily to the repertoire of today's symphony orchestras.

What Is the Romantic Period?

Most music historians place the Romantic period in the years between 1820 and 1900. The earliest Romantic musicians—such as composers Ludwig van Beethoven, Franz Schubert, and violin virtuoso Niccolò Paganini—came of age in the Classical period but helped develop the Romantic vernacular by challenging music traditions of the time.

Compared to Classical era music, Romantic music favors drama, spirituality, and a connection with nature. This is evident in early Romantic compositions like Hector Berlioz's Symphonie Fantastique and the moody piano nocturnes of Frederic Chopin. Eventually, Romantic music led to expressive opera by the likes of Giuseppe Verdi, Richard Wagner, and Giacomo Puccini.

A Brief History of Romantic Music

1. Origin: Romantic music was developed by composers and players who had come of age in the Baroque and Classical traditions. Musical prodigies of the Romantic era, such as Franz Liszt and Felix Mendelssohn, cut their teeth on Bach fugues and Mozart concertos. Some early Romantic composers, such as Ludwig van Beethoven, were themselves prominent figures of the Classical era. But as they evolved musically—as Beethoven did in his middle and late string quartets and symphonies—they developed a new musical style that would help define the Romantic movement.

3. Influence on opera: Opera, with its innate emotional heft, became an obvious match for the Romantic period. Early Romantic opera composers like Gioachino Rossini followed closely in the tradition of Mozart, who had revolutionized opera in the Classical era. As the Romantic era unfolded, opera composers like Georges Bizet and Giacomo Puccini composed operas that remain heavily performed to this day. Perhaps the two masters of the Romantic opera were the Italian Giuseppe Verdi and the German Richard Wagner, whose music bridged the formal structure of Beethoven with the stormy emotion of Edvard Grieg.

The Romantic period of music made major advances toward emotion and expression with less regard for the formal structures of the Renaissance, Baroque, and Classical periods of music. Key characteristics of the era include:

1. New genres: In addition to standby forms like the sonata and the symphony, Romantic composers wrote in new musical forms including the rhapsody, the nocturne, the concert etude, the polonaise, the mazurka, the overture, and program music.

2. Expanded instrumentation: PBeforethe Romantic era, orchestras focused heavily on their string sections, with a few featured roles for woodwinds and brass instruments. Romantic composers like the German Gustav Mahler, the Russian Peter Ilych Tchaikovsky, and the Czechs Antonín Dvořák and Bedřich Smetana embraced a Romantic style filled with dense orchestrations that featured brass, woodwinds, and percussion nearly as much as they featured strings.

3. Program music: Programmatic music tells a story through instruments, and it became extremely popular in the Romantic nineteenth century. From Modest Mussorgsky's Pictures at an Exhibition to Edvard Grieg's Peer Gynt, narrative program music swept through Europe during the Romantic period.

4. Nationalistic themes: In the nineteenth century, many artists created works that celebrated their national identity. The Finnish composer Jean Sibelius exemplified this with the tone poem Finlandia, while the Czech Bedřich Smetana did the same with Má last.

5. Expanded musical language: While Classical period composers like Mozart thrived in tonal music based on major and minor scales, Romantic composers began pushing boundaries away from traditional tonality. Late-period Beethoven includes chromatic writing that fights against a fixed key, but it would bellowers of Beethoven—particularly the opera composer and librettist Richard Wagner—who embraced chromaticism as a key part of Romantic music.

1. Ludwig van Beethoven: Most of Beethoven's repertoire is considered part of the Classical era, but in many ways, he helped develop the Romantic style. His late string quartets and his Symphony No. 9 stand as benchmarks of early Romanticism.

2. Franz Liszt: Liszt was the Romantic era's version of a rock star. His piano prowess was legendary throughout Europe, and patrons traveled great distances to hear him play. He was also a renowned composer, whose works for piano redefined what the instrument could do. Liszt also wrote symphonic music and is considered the inventor of the symphonic poem.

3. Richard Wagner: Wagner was heavily influenced by the symphonies of Beethoven and the lieder of Franz Schubert. Wagner also loved theater, particularly Shakespeare, and he sought to bridge the drama of Shakespeare's words and Beethoven's bold music. His solution was music dramas, his take on the operatic form. Wagner's music dramas featured vivid storytelling and extended instrumental passages without singing. His music greatly influenced twentieth-century composers who would follow him, from French impressionists like Debussy to American film composers like Max Steiner and Bernard Herrmann.

4. Clara Wieck Schumann: Few women musicians were given their due in the Romantic era, but Clara Wieck was such a piano talent that she could not be ignored. Her compositions for piano are perhaps more celebrated today than they were in her era. She would go on to marry the composer Robert Schumann who largely demanded that she give up her career and focus on being the primary interpreter of his piano music. Although Robert Schumann was a master composer in his own right, the truncation of Clara Wieck's composing career was a great loss of the Romantic period.

5. Sergei Rachmaninoff: Rachmaninoff was a late Romantic composer who lived well into the twentieth century. He continued to write in the Romantic style long after it was fashionable—even during an era when fellow Russian Igor Stravinsky had revolutionized modern music with works like The Rite of Spring and The Firebird. Rachmaninoff was not alone in bringing Romantic music into the twentieth century. Others like Richard Strauss, Carl Orff, and Ralph Vaughan Williams used Romantic musical language deep into an era that was otherwise dominated by serialism and atonality. 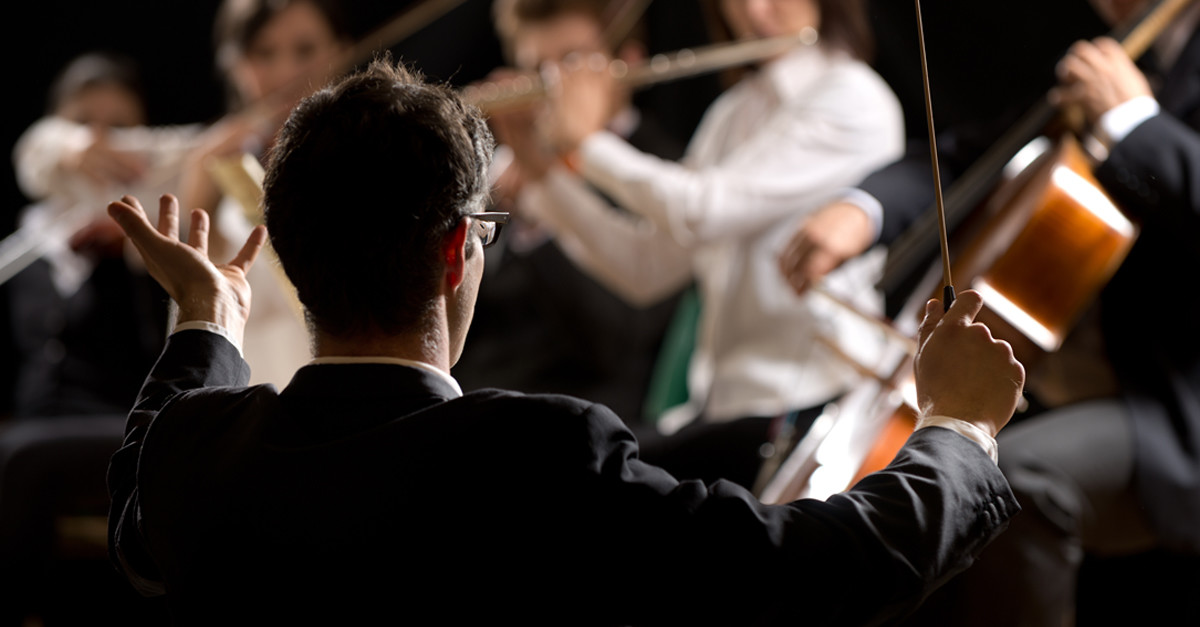