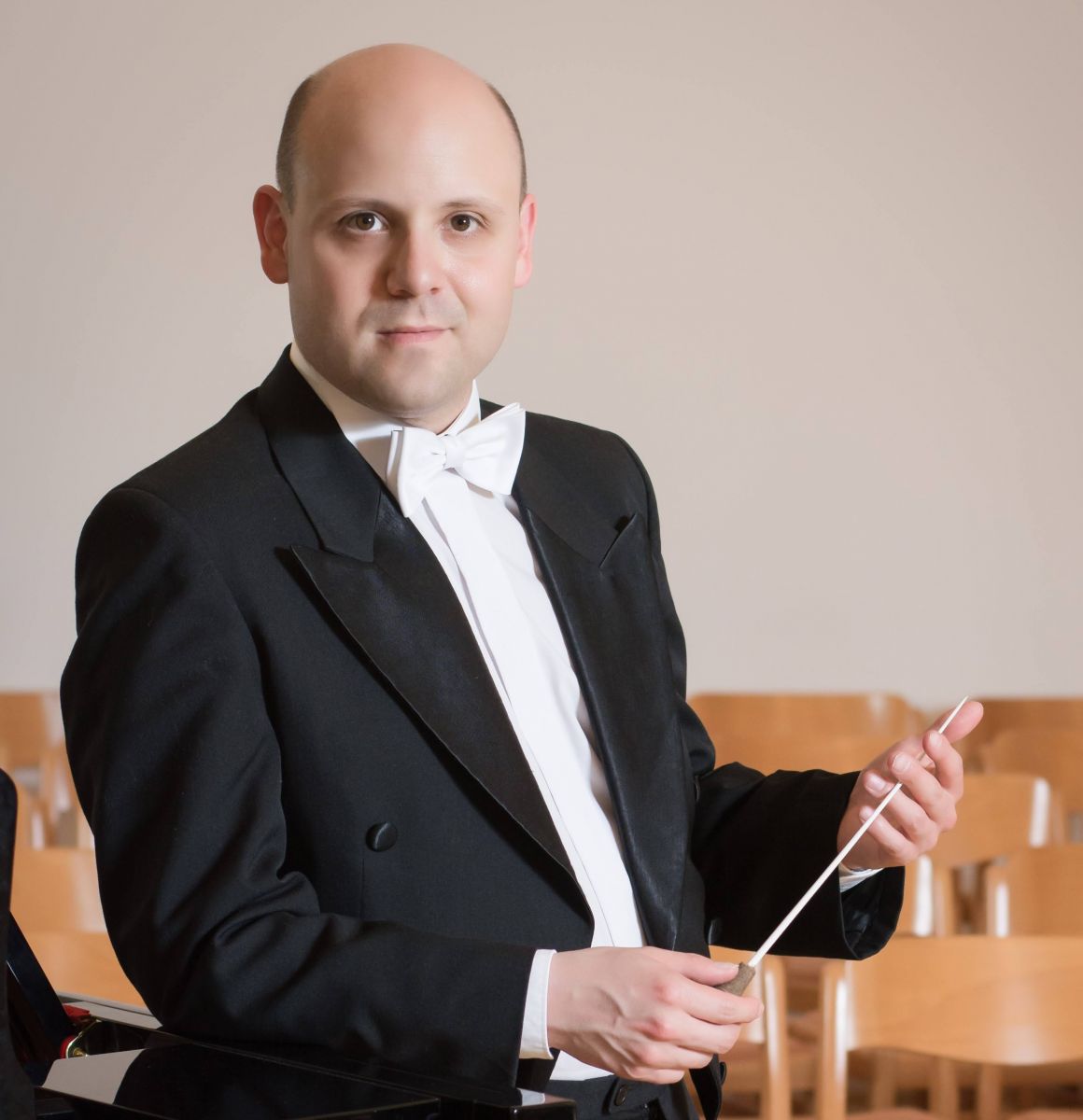 Zoltán Bolyky was born in Budapest in 1980, in a family of musicians.

Zoltán took part in the violin masterclasses of András Ágoston, Dénes Zsigmondy, Nelly Söreghy-Wunderlich and the Vienna Brahms Trio. He could expand his knowledge in the conducting courses of Salvador Mas Conde, Michael Dittrich, Zoltán Peskó, Marco Zambelli, and Carlo Caputo; and his experience gained from playing in different orchestras also proved to be fruitful for his conducting studies.

During my university studies, Bolyky was the leader of the Musica Sonora Chamber Orchestra, and later he was assigned to lead the Chamber Orchestra of the Béla Bartók Conservatory of Music.

A few years later, in 2015, on the occasion of the commemorative year dedicated to Béla Bartók, Zoltán was invited to conduct the Sofia Philharmonic Orchestra in a concert. The program included among others the Piano Concert No. 2. by the Hungarian composer.

For three years (from 2009) he was a permanent guest conductor of the Szolnok Symphony Orchestra. Besides performing symphonies and oratorios he also directed and conducted a lot of shortened staged operas for young audiences.

In 2010 Bolyky was invited to lead the Divertimento Chamber Orchestra. They continuously strive to expand their repertoire and offer many young soloists the possibility of a debut. This mindset was vital when he was engaged to conduct the orchestra in the gala concerts featuring the young artists of the Virtuosos classical music talent show as soloists.

Zoltán has also been leading the symphony orchestra and chamber orchestra of the Faculty of Music of the University of Debrecen, and he works regularly as répétiteur with the students of the Vocal Studies Department. This cooperation within the Faculty of Music led to the performance of different operas and oratorios under his direction: the most recent one (in 2022) was the premiere in Debrecen of the oratorio „Passion in the Hungarian language” by György Orbán, a contemporary composer.

This year Bolyky was also invited by the JAMK University of Applied Sciences in Jyväskylä, Finland to give a masterclass in orchestral conducting.

He also directs the work of the Kodály Zoltán World Youth Orchestra with Tamás Vásáry, an internationally renowned pianist and conductor. In July 2022 the ensemble will go on tour and perform pieces by Khachaturian, Kodály, and Tchaikovsky.

His main goal is to ensure a motivating, engaging, and workshop-like atmosphere during the rehearsals to create the prerequisites for a performance of the highest possible artistic quality.