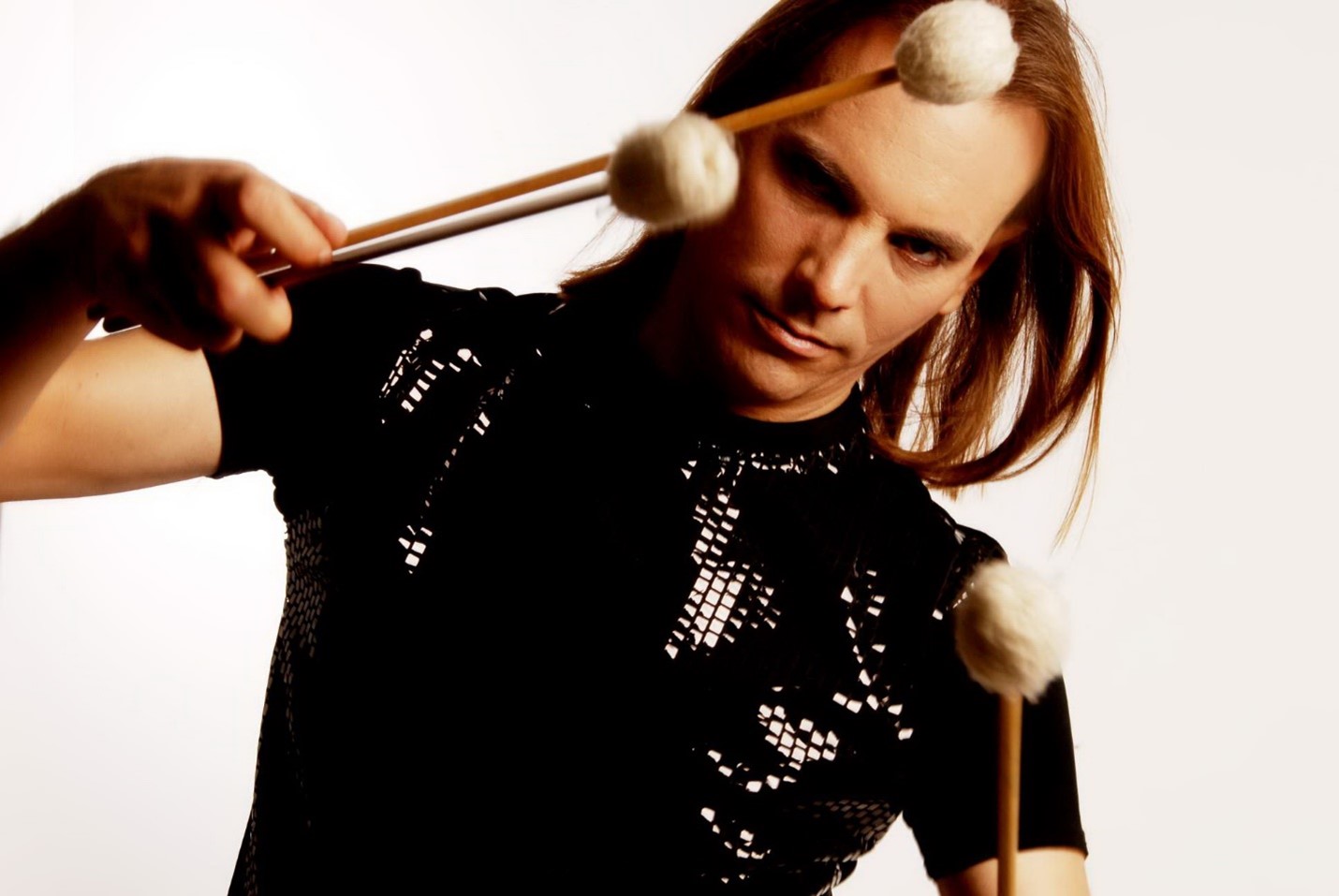 Ziv Eitan is a multifaceted artist whose work is considered groundbreaking. The

extraordinary musician.   Eitan is a virtuoso as a percussion soloist, having gained

phenomenal mastery of the marimba and percussion instruments.  His captivating

on-stage charisma can be attributed to his virtuosity, his mesmerizing playing and his

first-rate technical ability to perform any style of music.  Eitan has mastered more

than 50 different kinds of percussion instruments.  He is regarded as the ultimate

percussionist artist among classical composers thanks to his unique performance

styles: classical music, world music and electronic music. He represents a new and

Ziv Eitan was born in Israel in 1970.  He initially studied under Alon Bor, the principal

percussionist of the Israeli Philharmonic Orchestra, and continued his studies at the

at  the Royal  Academy of Music in Copenhagen,  where he studied under Prof.

and a drum set under David Rich.

In 1994, while still engaged in his studies, Eitan began to appear at dance clubs in

performances.  Upon completion of his studies, he began to develop his own musical

language, which integrates a number of musical styles: classical, electronic and world

Ziv Eitan has received numerous grants, including: financial support from the Israeli

Ministry of Education, Culture and Sports for his novel concert "A Journey into the

Rhythm" which he initiated, created and performed in 2002; grants from the Tel-Aviv

Ziv Eitan toured twice as a soloist with the Israel Philharmonic's Choir in Europe, and

(under the cultural events allocation) and "Omanut La'am" ("Art for the Nation").

Currently, Ziv Eitan is also active in the contemporary dance scene, in addition to his

music especially for him due to his unusual performing technique.  His shows are

Eitan is presently working on his third album. His first album, "A Journey into

Rhythm", is being distributed by the German company PKS Group in Europe and

North America.   His second album, which came out at the beginning of 2007, is

Israel Festival, which was televised live on Channel 2 (2002), following an earlier