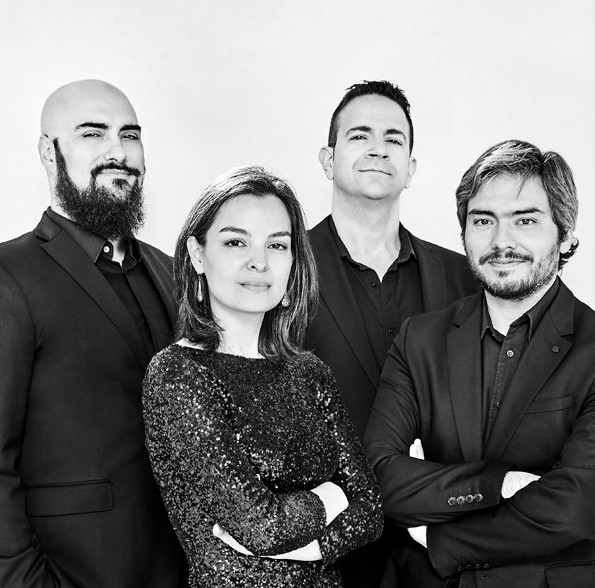 "At last, then, the time has come to enjoy a group of specialized madrigalists, who know the secrets of this wonderful repertoire and impressive for its beauty and its audacity. And that group is Vandalia ...". Andrés - Moreno Mengíbar (Diario de Sevilla, 2016).

The name of the group refers to its Andalusian origins, but also to its intention to address vocal programs of historical music with special attention to the Spanish repertoire. Its members are united by a common line of work and training for almost a decade under the artistic direction of Lluís Vilamajó, Lambert Climent, and Carlos Mena within the Andalusian Baroque Choir. With this starting point, they have developed their independent professional careers in leading early music groups on the Spanish and foreign scene (Capella Reial de Catalunya, Collegium Vocale Gent, Grande Chapelle, Al Ayre Español, Musica Ficta, Los Musicos de Su Alteza, Nova-Lux Ensemble, Choeur de Chambre de Namur, Forma Antiqva, Ghislieri Consort, Vox Luminis, Capella de Ministrers…), coinciding in numerous projects.

In 2013 the CD “Sound spaces in the Cathedral of Jaén. Juan Manuel de la Puente (1692-1753) ” with the Baroque Orchestra of Seville under the direction of Enrico Onofri and Lluís Vilamajó and the participation of a group of singers that was the origin of the vocal group VANDALIA. Since then, the group has been required to offer concerts in numerous Spanish cities, as well as abroad (Norway, India, or Mexico). In September 2016 the CD of VANDALIA in the formation of vocal quartet and harp was released for the Brilliant label. It is a monograph dedicated to the Songs for 3 and 4 voices by Juan Vásquez (1500-1560), composer of the Golden Age of the Andalusian school. This same program was premiered in concert by VANDALIA at the XXII edition of the prestigious and veteran Seville Ancient Music Festival with an extraordinary reception from the public and critics.

In May 2018 his record work “Hiriendo el mar” was released for the Ibs Classical label, made in collaboration with Ars Atlántica (Manuel Vilas), a monographic recording of unpublished polyphonic human tones from the Spanish baroque for vocal quartet and harp. As a result of this satisfactory experience, both groups embarked on the ambitious project of recording a double CD dedicated to the Cancionero de la Sablonara, which, thanks to the support of the prestigious Leonardo Grant for Researchers and Cultural Creators of the BBVA Foundation, obtained by Rocío de Frutos in 2018 for the realization of this project, just saw the light in February 2020.