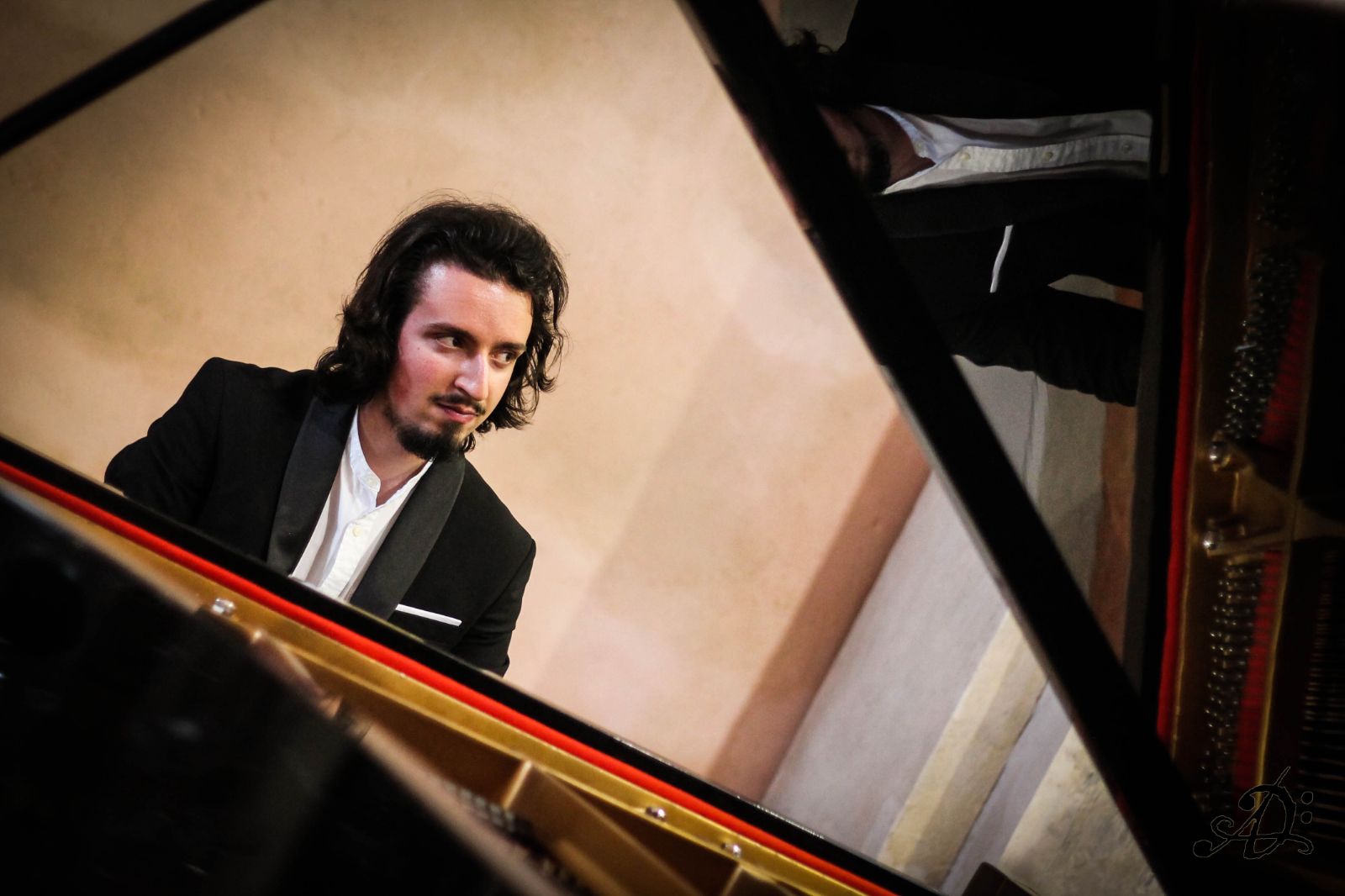 Umberto Beccaria, pianist, was born in Mondovì in 1996. After brilliantly graduating at the Conservatory, he attended a master course with Pietro De Maria, Ricardo Castro, Filippo Gamba, Andrea Lucchesini, Enrico Stellini at the Pinerolo Academy of Music, following the “Scuola di Maria Tipo”. He also studied at the Academy “Stanislas Moniuszko” in Gdansk, under the supervision of Maestro Andrzej Artykiewicz. He completed his studies in the Musik Akademie Basel, obtaining the Master Performance in the class of Maestro Filippo Gamba.

He studied as well composition and conducting under the guidance of Maestro Andrea Ravizza and he already wrote several compositions and transcriptions for ensembles and soloists.

Active as a chamber musician, he collaborated with chamber groups and with the solos of the Rai National Symphony Orchestra and he recently played Schumann’s Klavierquintett with Amouage Quartet.

He conducted the Monferrato Chamber Orchestra, which led in music by Pergolesi, Cimarosa, Vivaldi, Bach, Corelli, Mozart, Mendelssohn, Tchaikovsky, Chopin, working with some of the best soloists of his generation. With the MCOrchestra he performed as soloist the third concerto for piano and orchestra by Ludwig van Beethoven and Chopin’s Polonaise Brillante op.22.

He collaborated in Japanese music recordings with solos of the Rai National Symphony Orchestra and the orchestra of the Teatro Regio di Torino. He has recently published music by Schumann, Chopin and contemporary works by Andrea Ravizza. He has recorded as well music by Beat Furrer for SRF.

He is very interested in contemporary music: he is part of the Sonic Space Basel and has performed on various occasions in chamber and solo ensembles, doing also many prémieres and collaborating with important composers of our time like Beat Furrer, Enno Poppe, Johannes Kreidler. He premiered the piece “It’s only the end of the world” by the composer Anna Sowa, in Theater Basel. He collaborated also with the “False relationship and the extended endings” ensemble, with which he was awarded at the Hugo Wettbewerb, a competition dedicated to innovative concert forms. He is the pianist of Nersemble.

He is the founder and artistic director of “Classiche Armonie”.