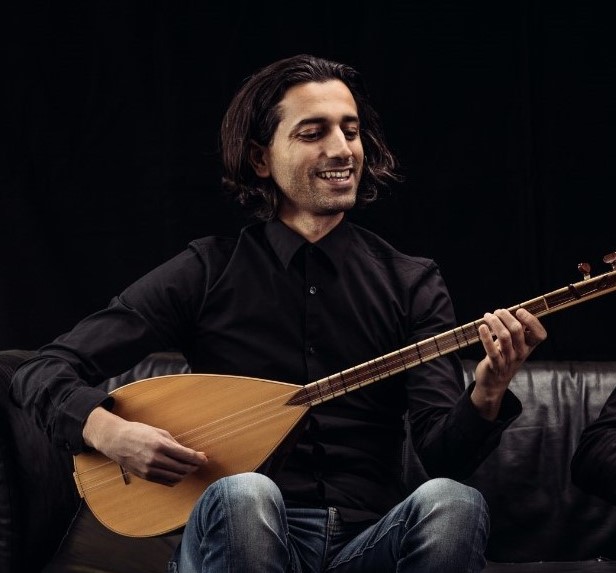 Taylan Arikan, was born in Anatolia and grew up in Istanbul, but has lived for many years in Switzerland. Despite the fact that there was no professional musician in his family, he grew up under the influence traditional music. At 16 he began studying the Baglama (turkish string instrument). Soon music became more than a hobby and he began playing informally at small venues followed by weddings and the like. Later, he takes up the guitar and takes lessons for two months in Switzerland, but as playing from written scores doesn’t suit him, he begins teaching himself to play guitar by ear and composing songs as well as accompanying other musicians on both the guitar and Baglama during studio recordings. These experiences manifest a desire to devote his life to music.

During admission preparations for the Conservatory, he comes in contact with classical music again and this time his interest in the guitar and classical music leads him to participate in the concert class of Prof. Jury Clormann of the Zürich Theatre and Music Conservatory. During his studies, he takes composition lessons with Matthias Steinauer, Carlo Filaffero (Jazzguitar), Theodor Kapilidis, and masters studies with Hopkinson Smith. Pavel Steidl and Raphaella Smiths help him better understand the music for guitar. In 2003, he works on the Romanian dance by Bela Bartok composed for Baglama and guitar and in 2005 plays the Concerto de Aranjuez of Rodrigio with the Stringendo Orchestra in a workshop concert. His devoted passion for guitar and Baglama motivates him to continue composing for these instruments and to expand their melodic dimensions.

Since 2005, he has taught HMT (Balkan music) and in September 2006 he played WOAMM by Mattias Steinauer for Baglama and strings. Currently, he lives as a freelance composer and musician in Switzerland. His album *Horon* appeared in 2006 with the Monkey Music seal of approval.