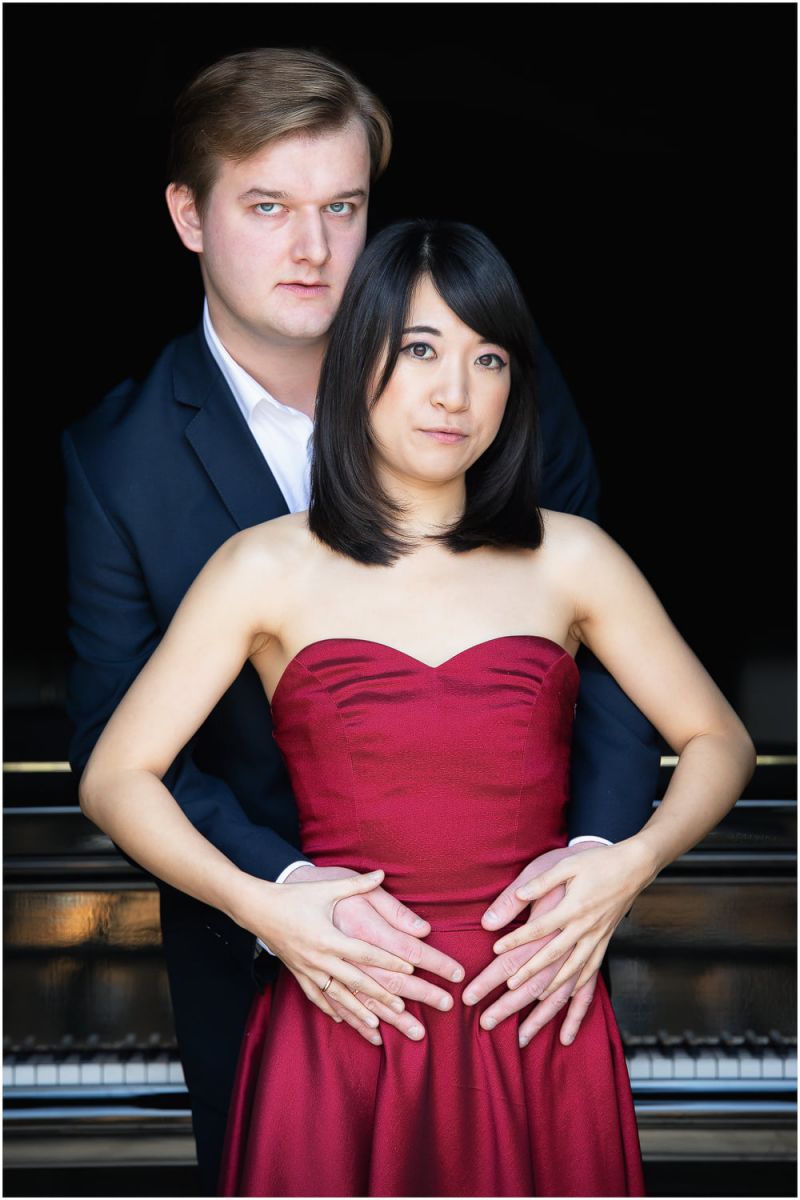 They play many concerts in Poland, Austria, and Italy. Also performed at international music festivals.

The University of Music and Performing Arts in Graz, where they recorded for Radio ORF II Suite for two pianos by S. Rachmaninov.

In May the same year, they were invited to perform in Musikverein Graz. Soon after that Tanaka Dziurbiel Duo represented their University at ''Take

Six'' meeting in Linz. It is an exchange concert of all the biggest Music Universities in Austria. Duo performed during Festival ''Days of modern piano music'' in Graz in June 2021

In the years 2016 and 2017, they received 2nd prize at the Martha Debelle Competition in Piano Duo category (1st prize not awarded) in Graz (Austria), and in

2018 they won 1st prize in the same competition.

Young Musicians in Celje (Slovenia) as well as concert engagements

release, CD production prize, and invitation to perform during "Virtuose e Virtuosi in

The philosophy of the Tanaka Dziurbiel Duo is constantly striving to achieve perfect unity. As they confess, ''our mission is to look for a new approach to classical music and the piano duo performance.

That is why they try to include in our repertoire popular works for two pianos and piano four hands, as well as arrangements of well-known symphonic, chamber music, and solo works. Performing music that was not originally intended for piano requires going to a new level, overcoming the limitations of the instrument, and finding a new quality.

We shed a different light, show the possibilities and beauty unnoticed until now, where everything would seem to have been saying. It's the most fascinating about work in a duet. Our experience shows that the audience is open and ready for our ideas''.