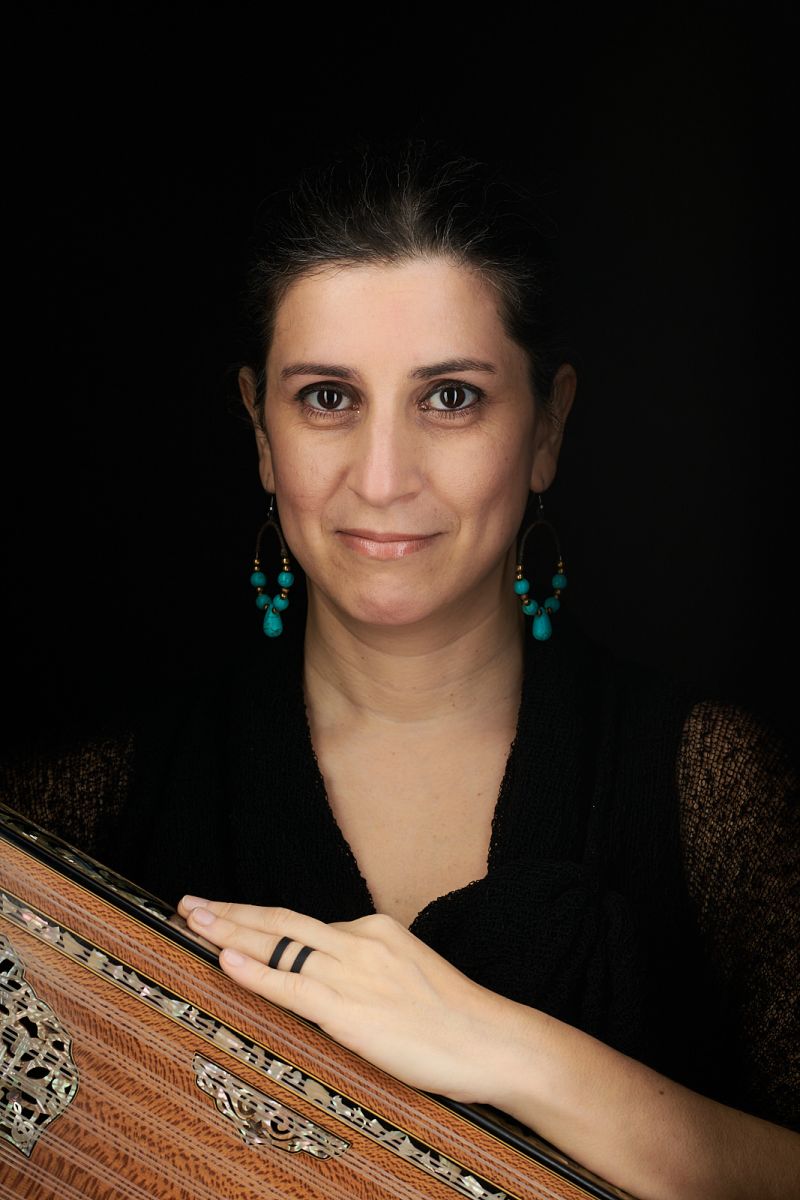 Greek musician Sofia Labropoulou is a Kanun player and composer who has developed a distinct sound from masterfully blending the worlds of Greek folk and Eastern-Mediterranean musical traditions, as well as western Medieval, free-improvisation, and contemporary music.

Classically trained with piano and theory since the age of 8, it was instant love when she first encountered the kanun almost a decade later. With her Byzantine music diploma in hand, she moved to Istanbul in (2003) to pursue her love of the kanun and study Ottoman music.

As a soloist, she frequently collaborates with world-renowned musicians of various musical genres from Africa, Europe, and the Middle East. When she is not traveling she composes music and presents Kanun and Greek folk music master classes worldwide.

Since 2013 after years of playing together with Vassilis Ketentzoglou, they released the duet’s first CD “Butterfly” by Odradek Records (2019). Her first personal album “Sisyphus” was released in December 2020 (also by Odradek Records).
She currently splits her time between Vienna, Austria, and Athens, Greece. Between 2015 -2018 she lived and worked in Budapest (Hungary).
Thanks!
×