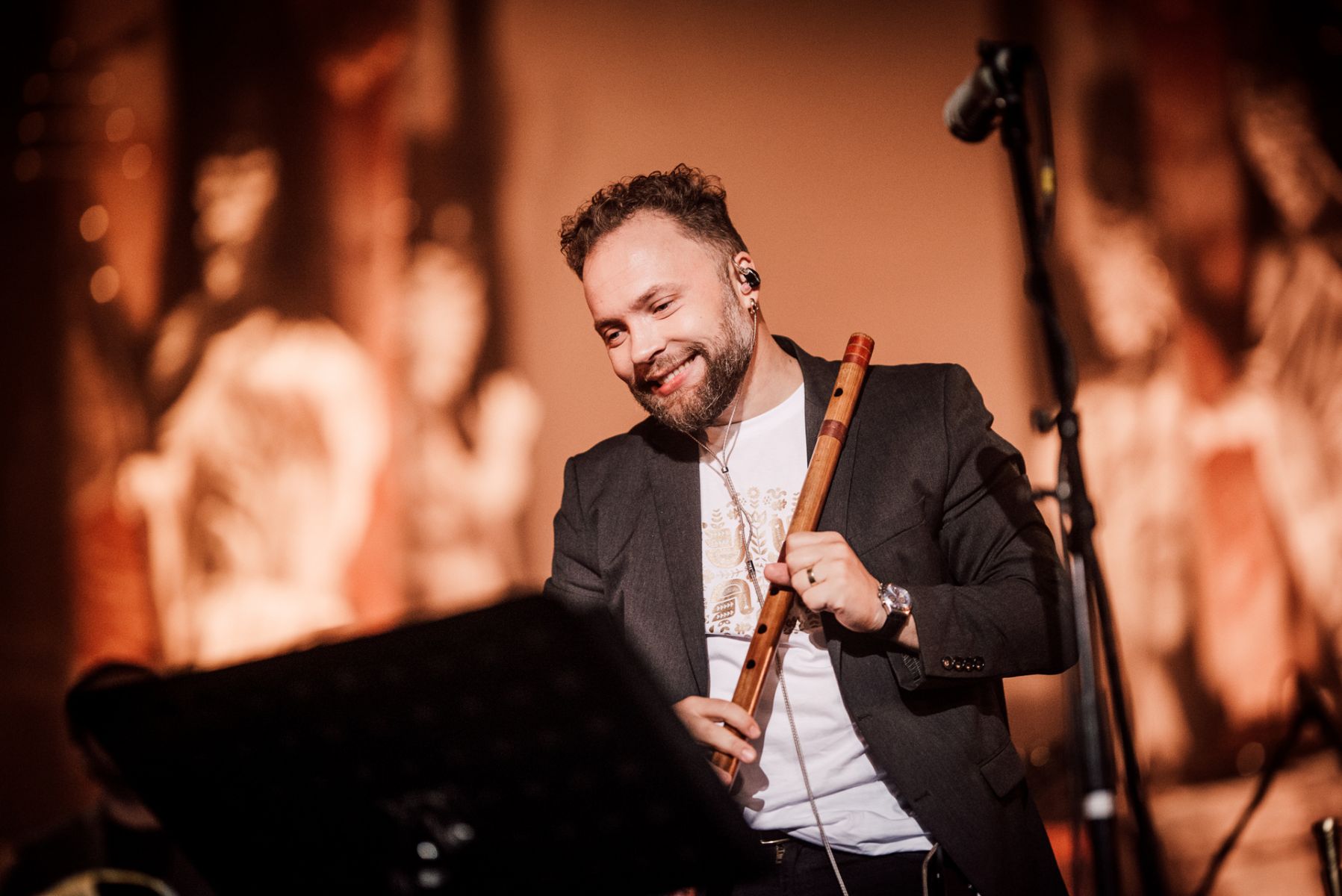 Saulius Petreikis – is one of the few people in Europe who has a unique collection of musical instruments from all over the world and is using them to create and perform his own music. Although Saulius studied classical trumpet in Klaipėda’s Stasys Šimkus Conservatory (2001-2004) and Lithuanian Academy of Music and Theatre (2004 – 2010) also played in the brass band „Trimitas“ (2006 – 2008), for the last ten years he is genuinely exploring the World Music.

Saulius Petreikis has a colorful program that differs every time according to the audience and the space where it is played. He has already performed his solo program in almost every country in Europe. Saulius also have visited and played USA and China. In all of those countries, audiences appreciated him as an extraordinary original performer and composer. Saulius Petreikis collaborates with different Lithuanian and foreign artists, not only musicians but dancers, actors and directors too. He is also creating music for theatre performances.