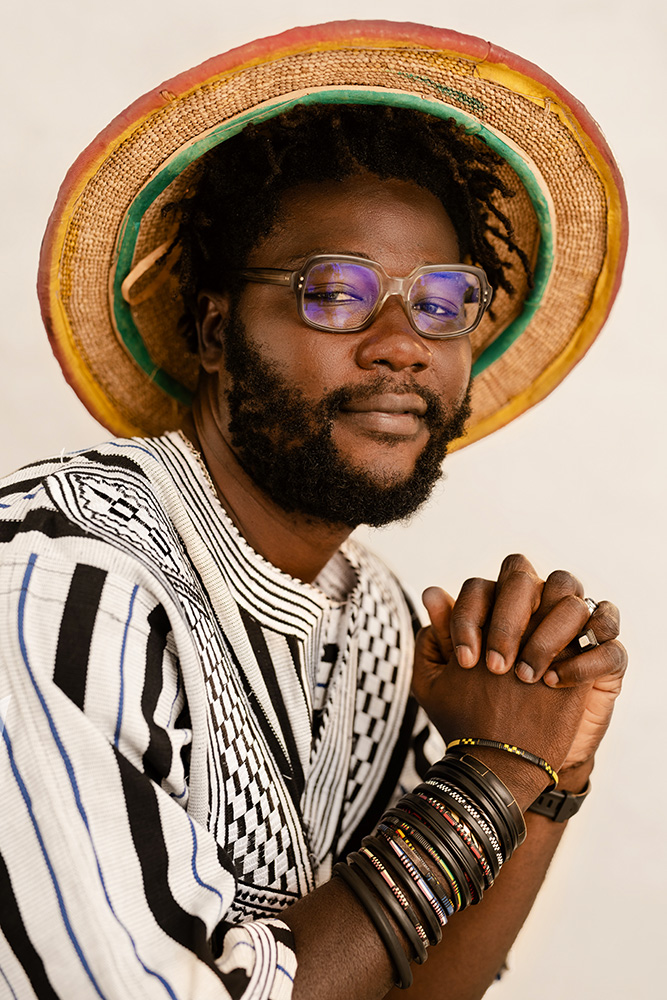 Native of the dakaroise suburb, Oumar Sarr alias Sarro is a member of nuggets of the Senegalese music. His album " Tomorrow " taken out in 2015 dedicates the beginning of a promising career. In his album taken out in April, 2015, he dedicates an emotional tribute to his deceased father. This opus, at the same time as it evokes the sadness of the loss of a dear being, is a hymn in the hope and in life. "Babylon", "Domou Adama", "Maman" and "Tomorrow", four titles of the album approach every problems haunting the everyday life of the men. They also denounce the defects of the company and invite Africa upon awakening. Sarro made of the Afro-acoustics his musical style. The artist also feeds a very big sensibility for the jazz music as he eventually mastered by means of practice.

With finely chiselled texts and sometimes melancholic voice, Oumar Sarr has already traced a promising musical way. Born in the dakaroise suburb, to Pikine, Oumar Sarr began the very young music. The teenager played the conductor by getting back diverse objects to make it musical instruments. A passion which pursues it until the adulthood. He sacrificed his mobile and a pair of shoes to buy to himself his first guitar. After the end of his training in 2010, he becomes a professor at the school Voice music of Dakar. Afterward, he is going to form his music group " Sarro and Get the feeling ".

The artist signs contracts with cabarets and nightclubs dakarois. His participation since a few years in the Jazz festival of Saint-Louis with the international choir "Afrikiyo" contributed to regild his experience and to perfect his talent. Sarro takes part for two years in crossed collaborations music and contemporary dance in a permanent way. It is in this context that he had to share the stage with the choreographer of Niger Abdallah Ousmane Yacouba in " Xol sa boop " then with the Senegalese choreographer Fatou Cissé in her show " Ce qui restera… ". Sarro made the opening of the 24th edition of the jazz festival of Saint-Louis in May, 2016 on the scene IN for the Place Faidherbe. He carries besides the Medley Project which is an itinerant residence with Pan-African vocation which will bring him for a period of two years to travel in several countries in Africa. In Tangier, Sarro worked during two weeks on Dar Gnawa where he meets and shares with Maalem Abdellah "El Gourd".

Sarro participates in the first edition of MAPAS, in Tenerife in the Canary Islands in July 2017 and in Tangier in Morocco in September and November, 2017 respectively in WOMAAF (World Music And African Art Festival) and in second edition of the International Festival Ibn Battuta. In 2018, he toured in India at Bangaluru, New Delhi and Calcutta. In 2020, he records with the band Japan-carian jazz ST fusion his second disc named Touki Touki. At July 2021, he release an EP named FEET in featuring with Derajah, a Jamaican reggaeman.