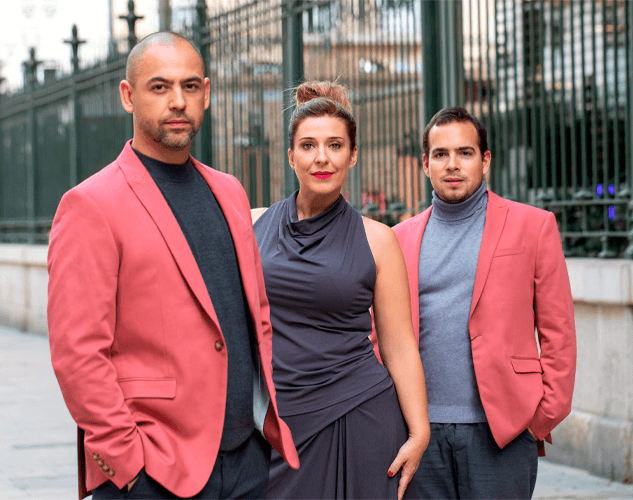 In recent years, we have been awarded in various competitions, highlighting the first prize in the “Cofrentes International Music Competition” and the “Ibla Grand Prize” International Competition, with a “Heitor Villa-Lobos” honorable mention and a special mention from the Rotary Club of Ragusa (Sicily).

We started our activity in 2015 with the Azulão project, recorded on the disk in 2016. Since then, we have performed on numerous stages around the world, with highlights such as the Carnegie Hall in New York, Kioi Hall in Tokyo, and concert tours around Georgia, Italy, and Spain.

We have also performed in chamber music festivals such as the “Menorca Music Festival” and the “ENSEMS Festival”, at the Palau de la Musica in Valencia with our EGO show, with the premiere of original works by composers such as Voro García or Isabel Latorre.

In 2019 we recorded two albums: “Desire, Love and Death”, in which we pay tribute to the composers R. Wagner and F. Listz, and “Sons de Llevant”, an album that recovers Valencian musical heritage.

Our repertoire focuses on chamber vocal music from the late 18th century to the present. We have created a space of timbre freedom where the warmth of the cello and the voice are intertwined with the wide sound of the piano, allowing us to experiment with all the possibilities of those sounds.

Our projects are conceptually conceived as experiments with new formats, adding musicians and professionals from other artistic disciplines when needed in order to convey the musical idea.

We are also organizers and artistic directors of the “Quart de Poblet International Music Festival”.