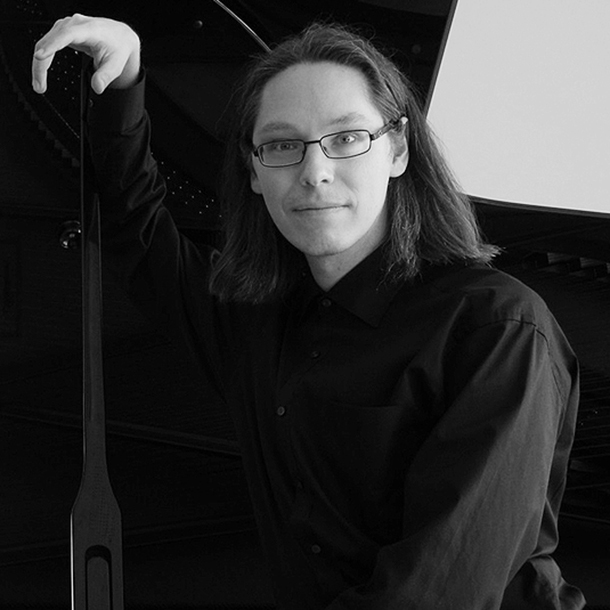 Philipp Kronbichler is initially trained as a classical concert pianist at the music academies in Salzburg, Vienna, and Cologne with Anton Czjzek, Noel Flores, and Klaus Oldemeyer. This also included the successful participation in various national and international piano competitions. In addition to solo performances, have increasingly devoted themselves to chamber music and new music in recent years and founded the piano duo Elaeis together with the Cologne pianist Jovita Zahl.

From 2008 to 2019 he worked as a lecturer at the Cologne Music Academy and as a piano teacher at the Richert Music Academy in Cologne/Merheim, the Music Factory in Cologne-Niehl, and the Rochus Music School in Cologne-Ehrenfeld. He returned to Austria in 2019 and has been teaching at the music school of St. Pölten ever since. Appearances as a pianist and composer in Vienna, Linz, Salzburg, Cologne, and New York, both as a soloist and with an orchestra (Vienna Chamber Orchestra, ORF Symphony Orchestra, and Bruckner Orchestra Linz), as an accompanist and in a piano duo.

Composing as a second artistic expression came to him later,  in 2004-2008  start with studying composition with Friedrich Jaecker at the Cologne University of Music. There also received important artistic suggestions. So far, mainly piano, vocal, and chamber music works from duo to quartet have been created. In 2013  founded the Cologne composers group Zeit lang with some fellow students.