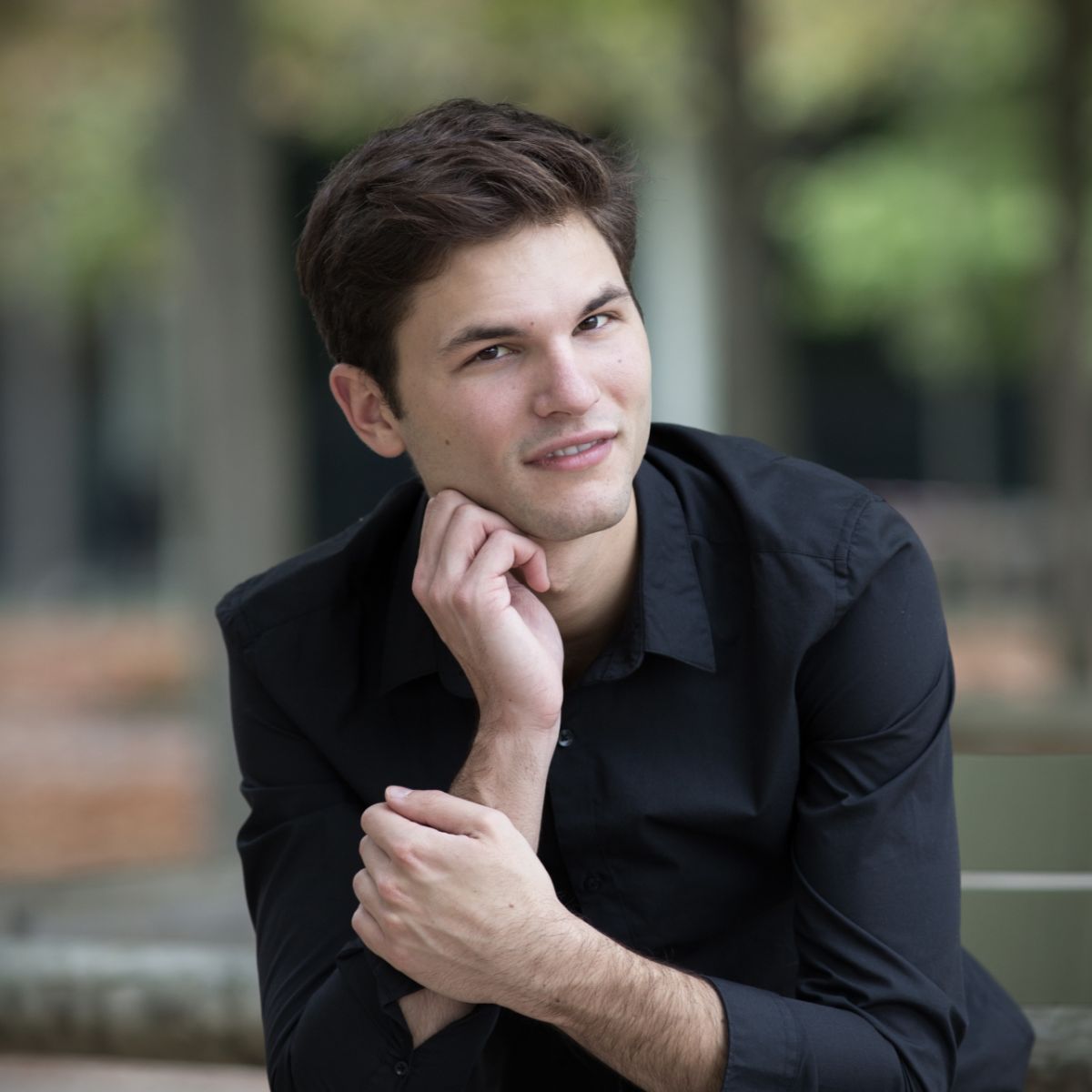 A talented and passionate artist, winner of international competitions, Paul Drouet is distinguished by the eclecticism of his career.

After his first training at the Conservatoire à Rayonnement Régional de Versailles with Edda Erlendsdottir, he entered the Conservatoire National Supérieur de Musique de Paris in 2011. He then joined the class of Denis Pascal, Laurent Cabasso, Varduhi Yeritsyan and Sébastien Vichard. Then he continued his Master's studies with Hortense-Cartier-Bresson and Fernando Rossano. On the occasion of various academies and master-classes, he has been able to work with great pianists such as Jacques Rouvier, Dominique Merlet, Jean-Marc Luisada, Eugène Indjic, François Chaplin, Andrei Korobeinikov, Gabriele Baldocci, Benedetto Lupo, and Pascal Devoyon. Also a laureate of the Royaumont Foundation,he perfected his playing on period instruments with Alexei Lubimov, Malcolm bilson and Edoardo Torbianelli.

Passionate of French music,  he is a Laureate of the Academie de Musique française in the Ecole Normale (2016) for the French impressionnist repertoire, which he could develop with Jean-Claude Pennetier, Bruno Rigutto, Jean-Philippe Collard, Anne-Queffélec.

Passionate about chamber music, he founded the Ensemble Cosima with his colleagues from the CNSMDP, Clémence Mériaux, Hugo Boulanger, Sophie Anselin, Jérémie Billet. They explore the repertoire of the piano quintet and play transcriptions of the Romantic symphonic repertoire. They perform at the Museum of Romantic Life, as well as with the Nouvelle Athènes on historic Pianoforte. In 2020 they are invited to the France Musique festival for their transcription of Liszt's Preludes.

He is invited to perform as a soloist or chamber musician in several festivals in France, Europe and Asia. In Paris, he performs regularly in the Jeunes Talents program, at L'Heure musicale du Marais, as well as with the Sinfonia Pop Orchestra.

His playing is developed through orchestral listening, guided by the practice of conducting. Very early interested in symphonic music, he conducted the Alborada orchestra (youth orchestra of the CRR of Versailles) from 2009 to 2015, and trained at the CNSMDP with Georges Pehlivanian and then with Mathieu Herzog. He obtained the DEM from the city of Paris in October 2018 and develop his skills at the Schola Cantorum in the class of Adrian McDonnell. He is the assistant conductor at the the theAcadémie du Palais Royal to Jean-Philippe Sarcos for the 2019/2020 season and conducts the orchestra of the Lycée Hoche in Versailles, which he founded in 2015.

He is currently perfecting his Master's degree in conducting at the Musikhochschule Freiburg in Breisgau with Scott Sandmeier.

He is Solorepetitor at the Freiburg Opera for the 2021-2022 season.