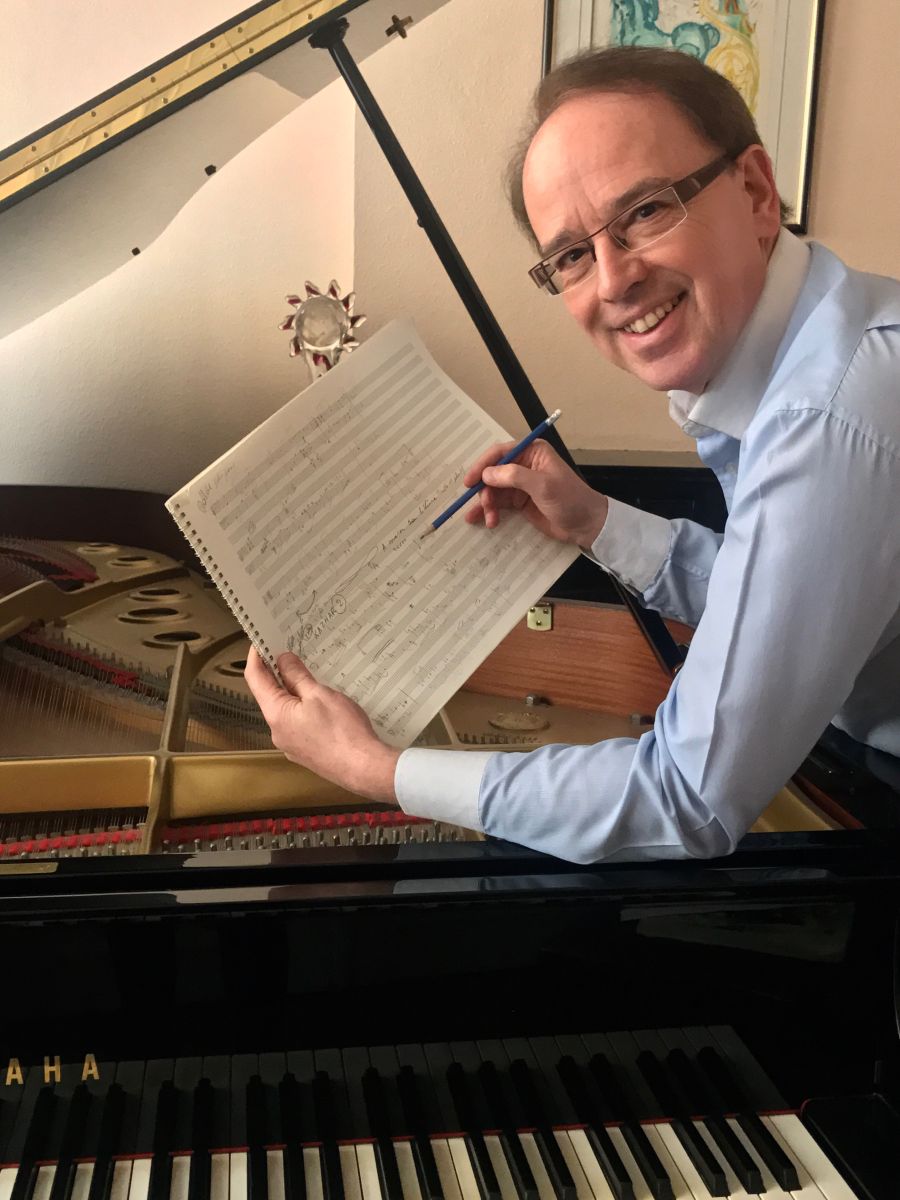 Born in 1960, Patrick Dheur studied piano at the Royal Conservatory of Liège and then perfected his skills with Leon Fleisher at the Peabody Conservatory in Baltimore. Winner of the Karol Szymanowski Competition, he plays with numerous orchestras in Europe, the United States, South America, and Asia. His discography includes some twenty CDs (including three devoted to the piano works of César Franck). Curator of the Grétry Museum in Liège, Commissioner of the City of Liège for the commemorations of the bicentenary of the death of Grétry (2013) and the bicentenary of the birth of César Franck (2022), he has composed some thirty works of various genres and has written several literary works (notably La musique du bout des fingers and the CD-book Composing with the World. Sept notes pour se comprehension)

Patrick Dheur is one of the world's leading Belgian pianists. He develops his creativity through the multiple facets of musical art. His career as a concert pianist took off at the end of his studies at the Royal Conservatory of Liège (Belgium), his hometown. He won various international competitions and distinctions, including the first prize in the Szymanowski Competition. The United States occupies a very early position in its activities. Selected by Leon Fleisher at the Peabody Conservatory in Baltimore, he stays there several times, performing many concerts, including a remarkable recital debut at the Lincoln Center in New York.

At the same time, his discography is growing, and his catalog includes over twenty CDs.

He is regularly invited to be a judge at major international competitions. He is in charge of the Grétry Museum in Liège.

Patrick Dheur is known for his attachment to the musical culture of the City of Liège. The complete piano music of César Franck (3 Cds) is a good example. One can also add its vocation to highlight masterpieces of composers from Liège. Appointed by the Wallonia-Brussels Federation of Belgium, Chargé de mission for the commemorations of the bicentenary of the death of the composer André-Modeste Grétry, He discovered the original unpublished manuscript and never performed the opera of Gretry “The Officer of Fortune” 1770 He realized the study and the adaptation and allowed its first execution by the Royal Opera of Liège the

Patrick Dheur is also a talented and published composer and writer.