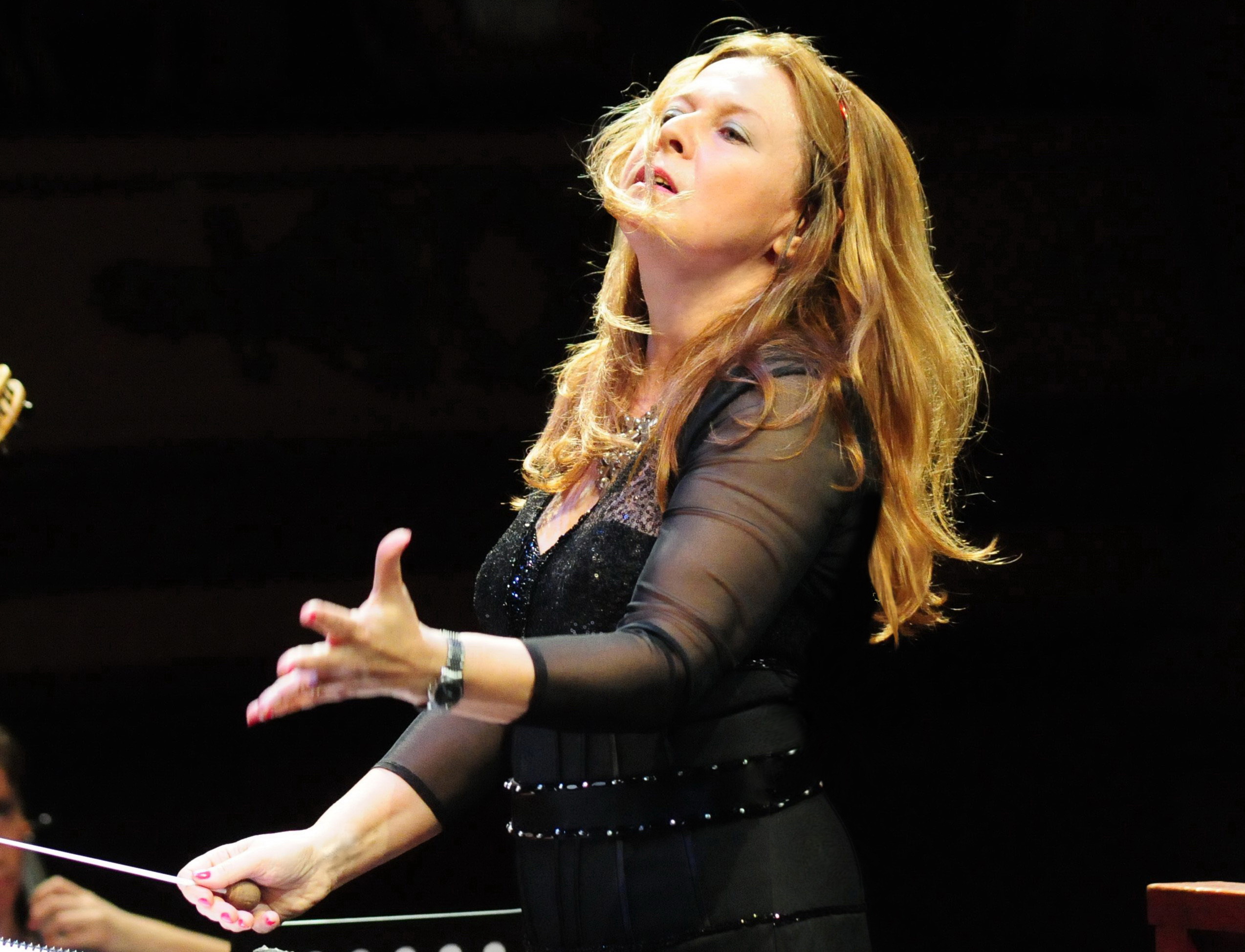 An outstanding female representative of orchestral conduction in Argentina, a prestigious educator and a researcher on music and compared literature. She has a vast humanistic knowledge and remarkable artistic trajectory as an orchestra conductor, a great love for artistic teaching as well as practic and fluid concert management. She also leads La Bella Música Civil Association, organizing concerts since 1999.

Degrees in other subjects

Improvement, Updating, and / or Specialization

Specialized in Cultural Management at ESADE (Executive Education Business School) in 2003 with her final thesis on integral realization, coordination, and production of Haydn’s The Creation oratorio at Auditorio Belgrano in Buenos Aires, for which she received awards including a major recognition from Asociación de críticos musicales de Argentina (Association of Musical Critics of Argentina)

She actively participated in the International Masterclass for Orchestral Conducting in Berlin with the Sinfonietta Berlin, in Vilnius with the Lithuanian Sinfonica Orchestra, and in Moscú with the Russian National Orchestra, and was selected to conduct the closing concerts.

She was awarded a French Government Double Scholarship to perform higher studies of music as well as general and compared literature in the Sorbonne Université in Paris.

She specialized in classical and romantic music and obtained her masters, and the DEA of Doctorate in Comparative Literature-Music, researching the connection of both disciplines analyzed from a perspective of rhythm.

“Estancia” Suite Op. 8a for orchestra

Waltz of the Flowers from The Nutcraker

In 2018 she premiered Philip Sparke’s Jubilee Overture along with the Symphonic Band of Mar del Plata City.

In 2019 she will premiere in Argentina the Concerto for Piano and Orchestra Black and White by two-times Grammy winner Claudia Montero.

In 2015 she received the prestigious Maria Guerrero Award for her contribution to art and culture in Argentina.

Maestra Pouchulu also received an award medal from the Hector Berlioz Association in France for her contribution in the integral production of Berlioz’ L’enfance du Christ oratorio at Teatro Coliseo of Buenos Aires in 2007 under the patronage of the Embassy of France.

Throughout her career, she has received numerous awards and distinctions in Latinoamerica. She was given recognition from Argentina and Chile for her orchestral work and constant effort in promoting and establishing female orchestra conduction, in a region where such activity performed by women is still way behind Europe and North America.

Since 2014 she has been invited to participate as a jury during many of the Carlos Gardel Music Awards, a ceremony that rewards the best musicians in the local music scene each year.

Several live videos of her performances have been selected since 2011 to be part of the stable contents of Arpeggio, an open digital television signal broadcasted throughout Latin America. Furthermore, Buenos Aires’ Canal 9 broadcasted Beethoven’s Fifth Symphony and Tchaikovsky’s Fifth Symphony under her conduction on Christmas Eve (2018) and New Year’s Eve (2019).

Since 1999, Maestra Pouchulu is the founder, president and art director of the civil association La Bella Musica, which is devoted to the promotion and dissemination of classical music as well as the promotion of Argentinian performers and female orchestra conducting.

With La Bella Musica she has already organized 800 concerts, being the most relevant International Festival Iguazu Clásico at the Iguazu Falls in 2004, and free concert cycles at the Museo Nacional de Bellas Artes (National Museum of Fine Arts) and Palacio del Congreso Nacional Argentino (Palace of the Argentinian National Congress).

She has also conducted many symphonic and vocal performances at Teatro Avenida (Avenida Theatre) and Teatro Coliseo (Coliseo Theatre), two of the most important theatres in Buenos Aires.

Pouchulu is currently a head professor at Universidad Nacional de las Artes (National Arts University) From the beginning, Patricia promoted the teaching of music at all educational levels, whether state or private.

She is a native Spanish speaker and has studied French her whole life, which makes it her second language. She learned French at Alianza Francesa de Buenos Aires (Buenos Aires French Alliance), Instituto Nacional Superior del Profesorado en Lenguas Vivas (National Superior Institute for the Teaching of Living Languages), and at the Sorbonne Université in Paris, while studying her Masters and Doctorate.

“Pouchulu showed a careful, meticulous and detailed interpretation, expansive in great moments and delicate in the most intimate parts (...) Being careful with the timing, Patricia Pouchulu precisely marked the time, imposed a punctilious articulation and a game of dynamics and accents that gave prominence to the score”

“Pouchulu conducts with a steady and serene hand an extraordinary harmonious orchestra. She achieved giving an expressive sound during the impressionist moments as well as to the dramatic transitions of the overture”

“Patricia Pouchulu evidenced that she has the required drive in her blood to show off on the orchestral podium, with all the energy needed by the circumstance, but without losing her femininity”

“We must highlight the tenacious work of the head of the Cultural Association La Bella Música, who, beyond her proper work as a conductor, makes this annual private concert possible from her place as producer and manager”

“Hard-working and progressive, Pouchulu is proving commitment and overcoming in these concerts that conclude every year’s work (...) The director shone in a thorough interaction with the orchestra when performing the Fifth Symphony by Piotr Ilyich Tchaikovsky”

“Patricia Pouchulu has crowned her activity by conducting a concert at the Avenida Theatre. Ever since she embarked in this new direction, she has shown meticulous preparation and an intense love for music”

“Patricia Pouchulu performs a task that combines talent and vocation, with charisma and leadership”

“The whole set worked tightly and neatly prepared by Patricia Pouchulu’s work at the pódium, brilliantly taking on a baroque repertoire of lasting charm” (...)

“Estancia” Suite Op. 8a for orchestra

“Music for the Royal Fireworks”

“The Phantom of the Opera“ with orchestra & soloist

Vespers of the Blessed Virgin

Magnificat from “Vespers of the Blessed Virgin”

The Coronation of Poppea introducting and excerps

Opera “The marriage of Figaro” Overture and excerps