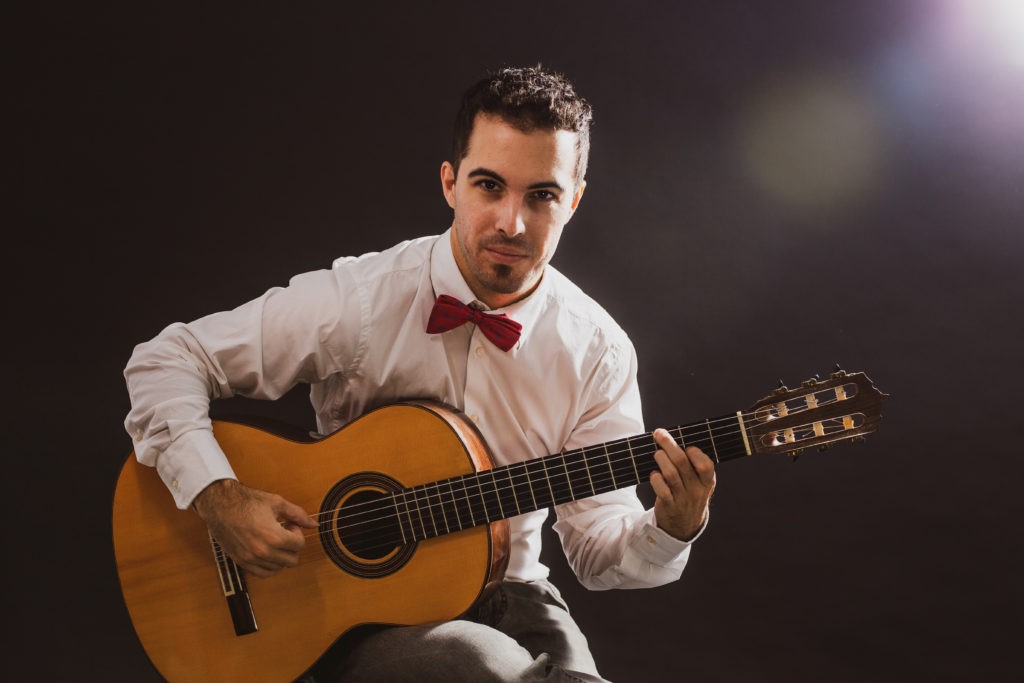 Born in 1992 in Asturias (Spain), Pablo Menéndez is one of the most renowned classical guitarists of his generation.

As a soloist, Pablo has given concerts all over Spain, Germany, Netherlands, Belgium, Portugal, Italy, Austria, Sweden… during the last few years. His first CD, entitled “Esencia” and dedicated to Spanish music from the XIX and XX century, has received great reviews by the specialized critics.

He also has an intense chamber music labour, which took him to record a CD together with the tenor Joaquín Pixán and the pianist Mario Bernardo, in which they recorded Spanish music from the XIX Century. Moreover, he worked as an orchestral player as well, being a member of the Spanish Young National Orchestra during the season 2014/15. He is also a member of Synestha Guitar Duo, an ensemble dedicated to historically informed performance and bringing classical music to new audiences. Beside this, he has been a EuroStrings artist, a platform for promotion of the most talented European young guitarists, which will lead him to perform and teach all around Europe.

Pablo began his musical studies at the age of 12 in his hometown, and afterwards he studied his Bachelor degree in San Sebastián with the prestigious guitarist Marco Socías, finishing with the highest qualifications.

Beside his academic formation, he enrolls plenty of courses and masterclasses for adquiring complementary formation on historically informed interpretation, contemporary music, new musical languages and improvisation.

He also studies orchestral conducting under the guidance of Maestros Miguel Romea and Andrés Salado.

Nowadays, Pablo combines his concert activity with  his pedagogical labour as professor at the Higher Conservatory of Córdoba (Spain).

In constant evolution, in 2020 Pablo made his debut in the prestigious Musikverein (Vienna, Austria), and he is appointed to perform at Carnegie Hall (New York, USA) and Royal Albert Hall (London, UK) during season 2021/2022.

“Certainly, Pablo Menéndez honors the efforts of so many teachers who face the challenge of teaching nineteenth-century music from a historicist approach with a modern instrument. Once again, the performer exhibits subtlety, magic, and extraordinary mastery of musical discourse.”

“This recording is a clear sign that the interpretative vivacity of the young Asturian is not just an impression, but a clear fact.”

“Pablo Menéndez shows a clear and beautiful sound, with a wide range of dynamics and a surprising ability for articulation.”