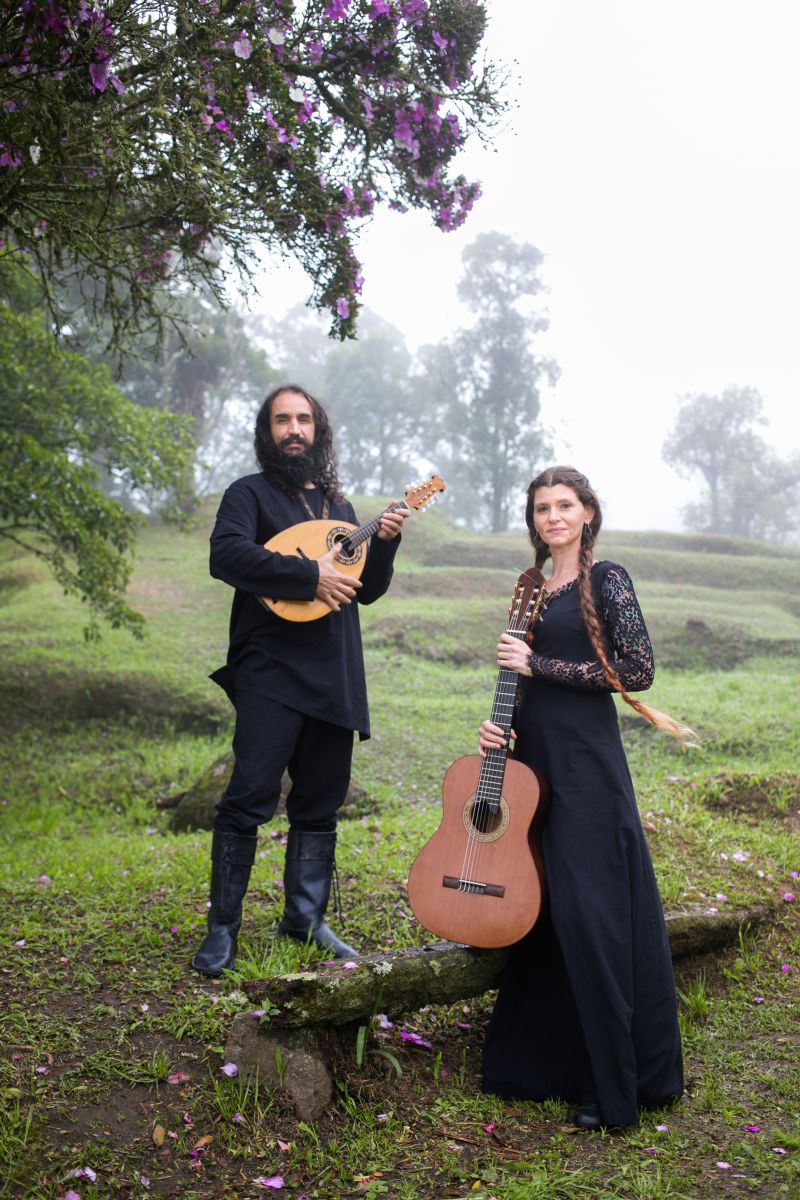 Olam Ein Sof duo was formed in 2001 by Marcelo Miranda and Fernanda Ferretti, Brazilian musicians from the city of São Paulo. When they met, each one was developing their own musical work, Marcelo playing in the metal scene as a composer, guitarist and vocalist and Fernanda, a classically trained guitarist, was working as a singer and acoustic guitarist in a Brazilian popular music group.

In his metal bands, Marcelo always created some acoustic parts in his songs, so he decided to develop a new project to expand these ideas when he demonstrated it to Fernanda, she liked the proposal and so they started the duo.

The Kabbalistic name Olam Ein Sof has a deep meaning, but it can be literally translated as Infinite World, which meets how the couple thinks about art: infinite and transcendent. In this way, over the years, many inspirations and influences came from ancient, contemporary and ethnic music, folk and metal, and also from various mythologies, spiritualities and the ethereal world, thus performing a musical work with a (re)connection with the universe, in search for peace and conscience.

During these years they performed many shows in Brazil, performing in theatres, theme events, various festivals, mystical events, pubs, cultural centres and at important institutions in their country such as SESC, SESI, BNDES, CCBB, among others

Most of their shows were performed only as a duo, but they already had the participation of other musicians and did many shows with dancers of different styles. They have also interacted with theatre, poetry, and visual arts.

In addition to authorial music, they are also dedicated to researching ethnic and historical music, thus creating the project "Cantigas de Reis, Trovadores e Peregrinos", in which they interpret medieval music. In 2019 (in person) and 2020/2021 (online), they improved their studies by participating in the “International Course on Medieval Music Performance Course” with the Spanish group “Medieval Music Besalu” directed by musicologist

For this year 2022, the duo plans to compose new music and back to the stage. “We invite you all to a journey through our infinite world” - Fernanda & Marcelo