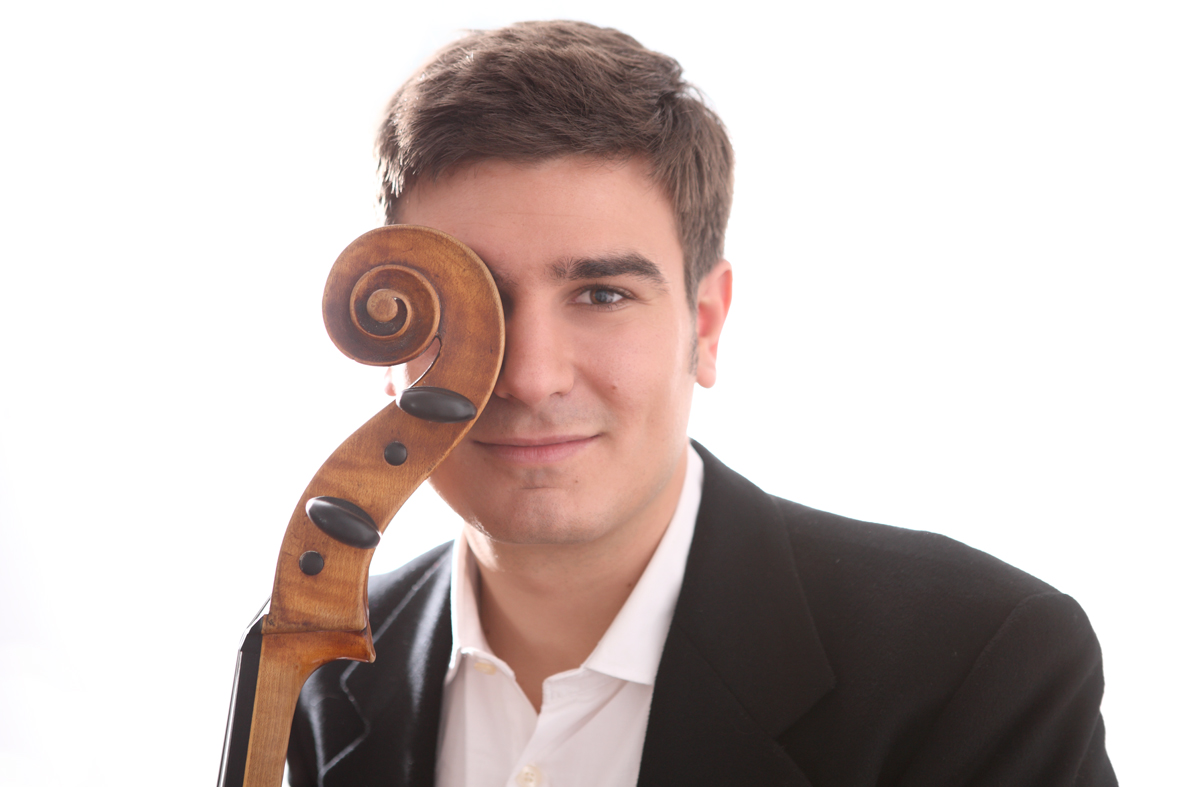 Michael Heupel is a sought-after soloist and chamber musician. His dynamic approach to music-making and creative programming has led to performances in prestigious halls all over the world, such as the Athens Megaron, the Elbphilharmonie and the Laeiszhalle in Hamburg, the Konzerthaus Berlin, the Carnegie Hall in New York, the Cadillac Shanghai Concert Hall, the Caroline H. Hume Concert Hall in San Francisco, the Cuvilliés Theater in Munich, the Onassis Cultural Center in Athens and the Liederhalle Stuttgart.

As a soloist he has performed with the Athens Symphony Orchestra, the National Chamber Orchestra of Belarus, the Athens Youth Symphony Orchestra, and the Sinfonietta of Chania/Crete among others. He has had the privilege to appear under the baton of conductors such as Ernst Kovacic, Karl-Heinz Steffens, Eiji Oue, Alexander Myrat, and William Kunhardt.

Since 2007 he has been invited to perform in international music festivals and concert series around the world like the Klub Katarakt festival for experimental music in Hamburg, the Athens and Epidaurus Festival, the “FULL” concert series by the UC Berkeley Art Museum and Pacific Film Archive in San Francisco California, the Euro Music Festival, the “Music connects the OCC and the Panteion University” concert series in Athens, the Aurora Chamber Music Festival in Sweden, the musical Festival in France and the Mendelssohn Summer School Festival in Hamburg. In 2009 he was invited by the UN climate conference in Copenhagen (COP 15) to perform a solo program with the name "The planet’s deep expectations".

As a chamber musician, he often works beside distinguished musicians such as Jakob Koranyi, Mario Haering, Christoph Schickedanz, Konstantinos Destounis, Tilmann Wick, Danae Papamattheou-Matschke, Asya Fateyeva, Apostolos Palios, Alexandros Sarakenidis, and Gintaras Janusevicius. His quality and experience as a chamber musician lead to his selection by the HfMT Hamburg, to participate in a research and music program by the German Government, performing in China, the United States, and Germany in 2017 and 2018. His musical performances and interpretations have been often praised by the press.

Michael Heupel’s commitment to sharing his musical experiences has led him to search for and create numerous innovative concert experiences for his audience, working alongside dancers, actors, theater directors, visual artists, and writers. Examples include his projects “Das Geschenk von Un” (2014, together with composer Antonis Adamopoulos and artist Margot Zweers), “Hommage to Greco” (2014), “Blank 8” and “1Blank2” (2015 with choreographer and dancer Aggeliki Trombouki), “Improptica I” (2016 with the Ensemble Volans), “Between+Betwixt” (2016 with artist Anthoula Bourne), “ZigBang” (2017 with the Ensemble Volans) and the “Sisyphos Project” (2018 with composer Shiwen Wang, dancer and choreographer Charlotte Virgile and the Ensemble Volans), as well as his work at productions like the “Reich des Todes” and “Kindeswohl” (alongside director Karin Beier and composer Jörg Gollasch at the Deutsches Schauspielhaus Hamburg 2020-21).

His spirit for innovation has been rewarded with the Masefield concert scholarship in 2014 by the Alfred Toepfer Foundation in Hamburg as well as his inclusion in the Future of Orchestral Culture Fellowship in 2017-18. In 2014 he started his concert series taking place every year in December in the Catholic Church in Chania, Crete, where he presents and performs a variety of works for solo cello and invites other instrumentalists to do so as well.

Apart from his concerts he has sought to create a more direct contact of a broader audience with music through a plethora of articles he has published in the mainstream media as well as presentations for children and adults. He has given lectures on classical and contemporary music in many institutions in Greece and Germany. In 2016 he was invited to give a talk and perform at the TEDxAcademy in Athens on the topic of music’s power to change people and society.

Born in 1988 in Athens, Michael Heupel began his musical education at the age of 5, playing the piano and the recorder and getting lessons according to Orff Schulwerk. He took his first cello lessons at the age of 8 and 2 years later he enrolled in the Athens Conservatory. At the age of 14, he attended the class of Renato Ripo at the Modern Conservatory of Athens. There he obtained the diploma for cello with the highest grade and was awarded the first prize and the gold medal of the conservatory at the age of 17. In October 2006 he began his studies in the University of Music, Drama, and Media in Hanover in the class of Prof. Tilmann Wick, and graduated with distinction in 2011. From 2011 to 2014 he completed his Masters's degree in the University of Musik and Drama in Hamburg as a pupil of Arto Noras. During his studies, he also received thorough training in chamber music by teachers like Karl-Heinz Kämmerling, the Szymanowski Quartet, Tatjana Masurenko, the Talich Quartet, Lars Vogt, and Niklas Schmidt. Numerous masterclasses and private lessons with eminent artists and teachers including David Geringas, Bernard Greenhouse, Julius Berger, Jens Peter Maintz, Anner Bylsma, Wolfgang Emanuel Schmidt, Bernard Gmelin, Gerhard Darmstadt, Anatoli Krastev, and Enrico Bronzi have helped him develop his artistic personality and earn prizes in national and international competitions, like the Panhellenic Youth Music Competition, the Masefield Competition in Hamburg and the International Mozart Competition in Hagen. He is also a holder of the Onassis Foundation scholarship.

He now teaches the cello in Hamburg and masterclasses around Europe.

Always looking to expand the expressive possibilities of his playing and broaden the artistic horizons he has acquired experiences in other musical genres, like folk music and free improvisation. While his interpretations of the classical repertoire have earned great public response and critical acclaim, his dedication to the study and interpretation of contemporary music has prompted many composers to write works for him. This includes the “Cretan Suite for cello solo” and “Aimodia for cello and 2 speaking voices” by Efi Markoulaki, “Events for cello and flute” by Kostantinos D. Kakavelakis, “Die verlorene Stadt von Sisyphos” and “Schwebende Bam Maske for cello and guzheng” by Shiwen Wang, “Unknown Destination for cello and guitar” by Ioannis Papadopoulos, the „Sombrío Nostálgico“ cello concerto by Martin Donoso Vera and other works.

To explore a wider range of contemporary music, he is also a founding member and the artistic director of the Ensemble Volans in 2015, which consists of young musicians living in Hamburg.

His first solo album titled “Afierossis”, for which he recorded works for solo cello from the 20th and 21st century was released by ARS Produktion and met great critical acclaim by the press. The CD was selected by the Violoncello Foundation USA as one of the 5 best recordings for cello in the year 2017. In 2021 he collaborated with pianist Mario Häring and the label Genuine classics to release his second album “Continuum”, in which he presented works with influences from early music.

He plays on cello built-in 1723 by David Tecchler in Rome.