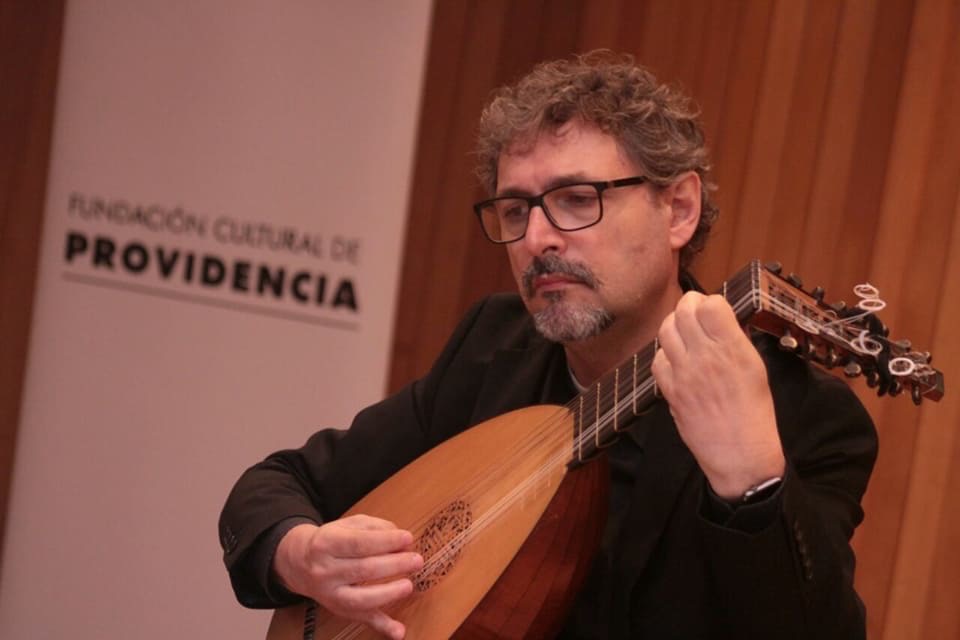 ...As one of the best professional players in Italy on the lute and theorbo, he is now in a position the share his knowledge with the younger generation...

Massimo Marchese is worldwide known as one of the most refined performers of his generation. His long career took him to play and

cooperate with many famous early music ensembles and make concerts as a soloist in several countries in the world.

More than 18 record publications, among whom 8 a soloist (RCA, STRADIVARIUS, TACTUS, BRILLIANT CLASSICS, CENTAUR RECORDS, etc.) let Massimo Marchese be proud of one of the smartest curricula as regards his instrument.

He was very young when he first approached the instrument: he met M° Jakob Lindberg and he achieved in London “the Royal College of Music” Diploma.

Right after, the specializations with Paul O’Dette and Nigel North, Hopkinson Smith lead him to the very beginning of his career.

Since 1980 as a soloist and continuo player, playing for voices like Nigel Rogers and Furio Zanasi and renewing his cooperation with Jakob Lindberg (member of “Dodekachordon” ensemble): and other smart experiences with Enrico Gatti, Ottavio Dantone, and Flavio Emilio Scogna just to name a few.

He has been Artist in Residence of the Osaka Italian Cultural Institute during the summer of 2016 (June and July), he participated in several RAI RADIO BROADCASTS ((radio 2, radio 3 - Piazza Verdi e Radio 3 Suite - La Stanza Della Musica) and Bulgarian National Radio.

He worked in musicological research and he participated in several conferences, bringing back to light composers such as Gabriele Fallamero (1584).

In 2003 he has been lute professor at the “A. Vivaldi” Conservatory in Alessandria (Early Music Department), and President of the S.I.E.M. (Italian Society for the Musical Education) in Alessandria from 1993 to 2000.

He signed several festivals as artistic director and musical consultant, like the C.I.M.A.Al (Italian Centre of Early Music in Alessandria) in 2004, with whom he organized and directed the European Festival of Early Music - Eastern Piedmont until 2014.