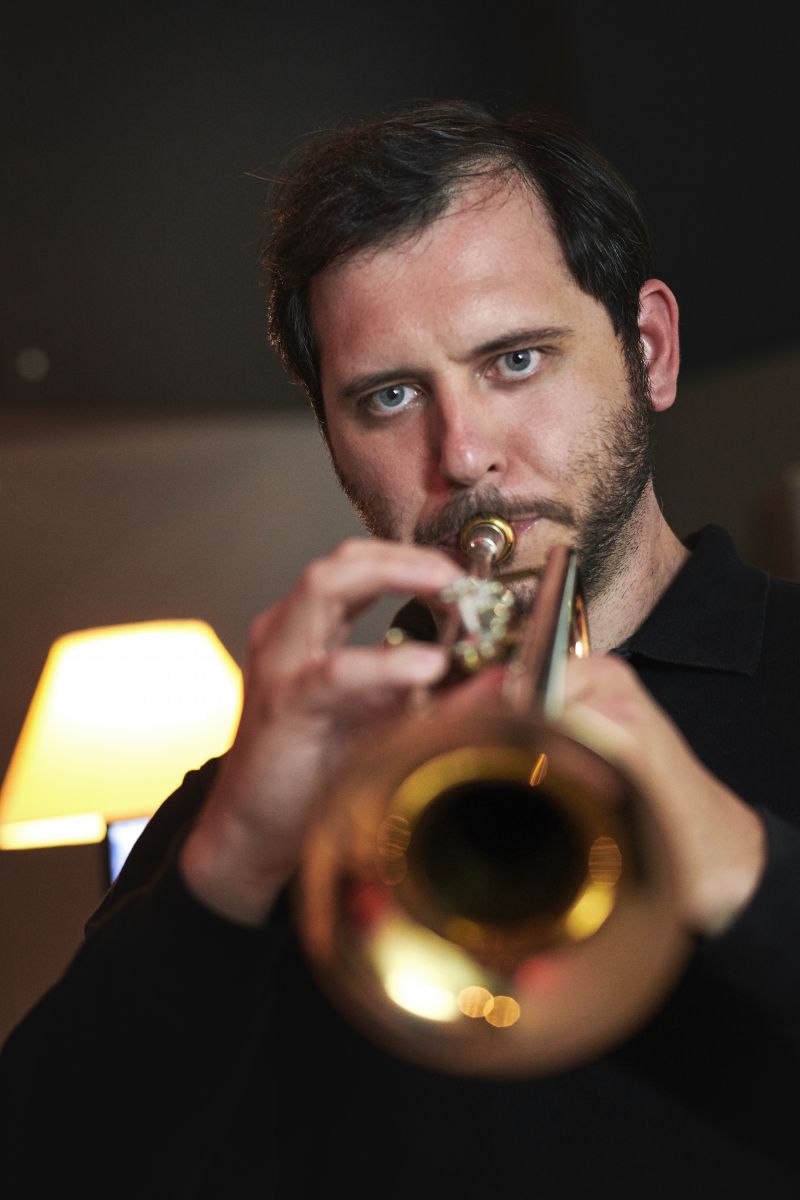 Mario Mariotti specializes in the contemporary musical language searching for a personal syncretism between Avant-garde jazz and European Academy.

Graduated with honors from the Conservatory “F. A. Bonporti” of Trento under the guidance of Ivano Ascari, he obtained the Master of Advanced Studies in Contemporary Music Performance and Interpretation at the Conservatory of Lugano in the class of Gabriele Cassone. He attended masterclasses with trumpeters: Marco Blaauw, Andrea Lucchi, Stephen Burns, Markus Stockhausen, and Pasi Pirinen.

In 2013 he received the Second Classification Diploma in the Contemporary Music category at the the V Concorso Internazionale di Esecuzione Musicale per Giovani Musicisti – Città di Treviso. He attended the International Trumpet Seminars at the Center for Advanced Musical Studies at Chosen Vale.

He studied improvisation with the pianist and composer Stefano Battaglia.

He has played with the Ensemble 900 of the Conservatorio Della Svizzera Italiana in Lugano.

With the brass quintet Milano Brass he took part in important music festivals such as Festival di Bellagio and Lake Como and Festival Vincent Persichetti in Torricella Peligna.

He has performed in a group or as a soloist in prestigious halls.

He recorded the composition Notturno for trumpet and electronic base by Gabrio Taglietti. He took part in the recording of the album Prossime Trascendenze by the composer and saxophonist Gianni Mimmo.

He has collaborated in numerous concerts with the organist Fabio Nava.

In the jazz field, he took part in important festivals. In the 2018 concert season, he is part of the project A Night for Chet Baker.

He collaborates with the jazz orchestra of the arranger Dino Betti van der Noot and with the Milano Music Collective.

He has taken part in several editions of the NovaraJazz festival both as a collaborator and a soloist. With Danilo Gallo and Emiliano Amadori on double basses, Marco Zanoli on percussions, he has recorded and published the record of original compositions in January 2021, recorded at the Laboratorio Luna in Socraggio on Lake Maggiore.