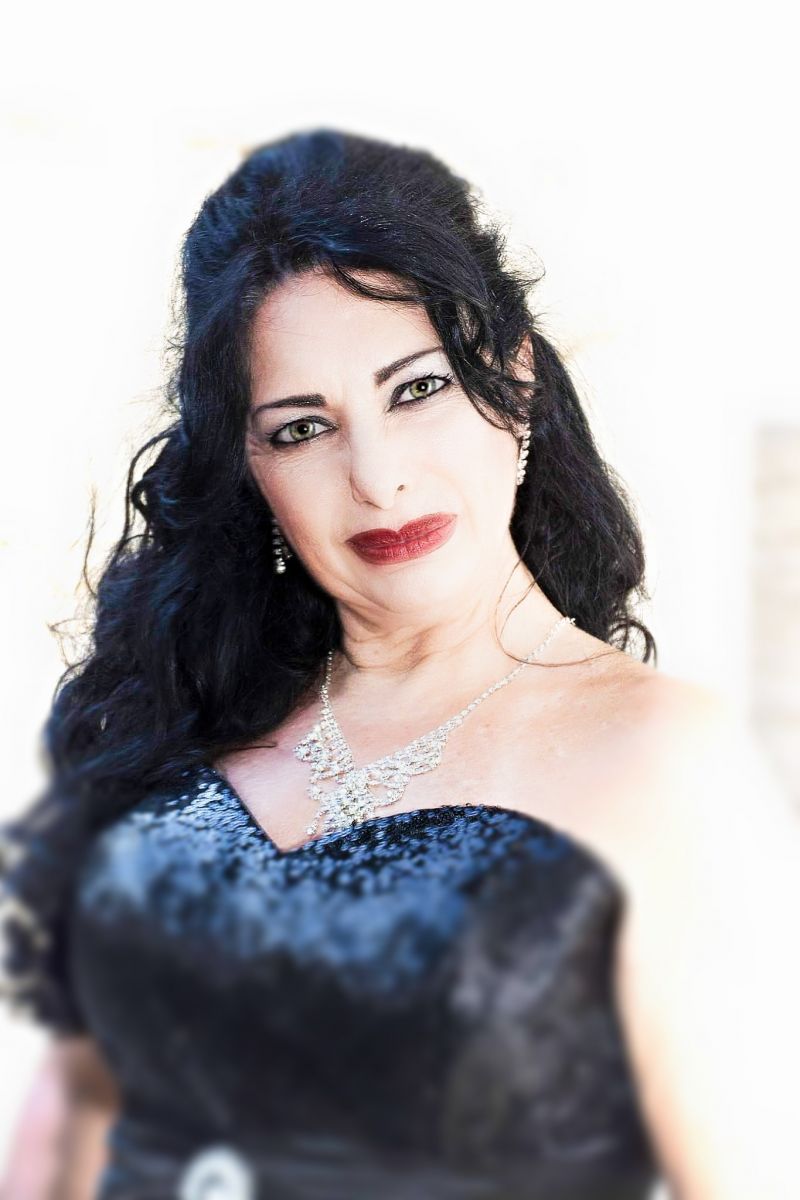 Marilena graduated in singing at the age of twenty-one at the Niccolò Piccinni Conservatory in Bari with full marks under the guidance of Maria Luisa Carboni. Already during her academic studies, she made herself known by taking part, as a solo soprano, in an Oratorio directed by Maestro Rino Marrone. In 1990 we find her in Rome in a concert at the Olympic Theater accompanied by Maestro Rolando Nicolosi to sing pieces by Nino Rota. In the same year, he joined a madrigal group with which he also made recordings and for which he performed solo parts. The Mercadante theater in Altamura called her in the same year to perform an unpublished work by the famous author "Medea" and in the same year, she participated in the "Sundays of the Salone Margherita" in a series of events directed by Maestro Peter Kenealy. In 1990 he attended the summer courses of Lieder at the "international Sommerakademie der Hochschule in Salzburg" under the guidance of Charles Spencer.

In the same year, he attended the specialization course "Mozart and the Italian Melodrama of the 1700s" under the guidance of Soprano Leila Bersani. In 1991 he began his collaboration with the Harpsichordist Margherita Porfido with whom he performed in concerts and international festivals such as that of Noci and the Talos Festival of Ruvo. In 1992 she won the Chair Competition for the teaching of singing and attended the International Seminar of Montefiascone followed by Katia Angeloni Koltcheva, during which she distinguished herself and was chosen for a series of concerts with the orchestra directed by the Maestro del Teatro dell ' Opera of Rome Alessandro Corsi. The collaboration continued until 1993 when she was involved in a series of concerts from March to October for the international festival “Discovering the organs of Puglia”. In! 993 in collaboration with Maestro Elio Orciuolo and performed La Messa in A op. 12 by Cesar Frank with numerous appointments in Italian in collaboration with the Chorus of the Petruzzelli Theater. In 1993 it is Frasquita in Carmen conducted by Maestro Paolo Lepore. In 1994 she attended the Academy of Katia Ricciarelli in Mantua and, in the same year, she won the International Competition of the City of Barletta which involved her in numerous concerts with piano and orchestra and also performed the Mass for the first time of Leonardo for the International Organ Festival. Leo was conducted by Maestro Donato Di Palma.

In! 995 she is Bernstein's Maria In West Side Story first at the Piccinni in Bari then at the Teatro Argentina in Rome and the same year she won another international competition. In those years, a close collaboration with the Trio Habanera formed by guitar, song, and violin begins, which sees them engaged in international tours with repertoire ranging from Giuliani to Garcia Lorca and Britten. In 1996 he attended the advanced course held by Mestro Leone Magiera and Riccardo Canessa in Taranto. In the same year she arrives as a finalist in the international competition Giuseppe di Stefano di Trapani takes part in the specialization course held by Angelo Marenzi and Lorraine Nawa Jones which sees her interpret Mimì in Giacomo Puccini's Bohème. a CD The Ballads On Poems by Alda Merini. Opera tours begin and see her alternate in Italian summer festivals in Roles as Berta (barber) Violetta-Annina (Traviata). For the Petruzzelli Theater he performs I due Timidi by Nino Rota, then he is Gilda in Rigoletto conducted by Maestro Gregorio Goffredo. In 2000 he recorded another CD with 18th and 19th century Pugliese arias edited in the critical part by Nicola Sbisà. In Lecce, he performs Rossini's Petite Messe Solennelle which becomes a constant in his repertoire, and in Rome, he continues to alternate in the roles of Gilda and Violetta. In 2002 he recorded another CD with music by Vincenzo Mastropirro and then one with music by Giuseppe Monopoli which won the international composition competition. In the same year, he follows the course held by Luciana Serra. Since 2002 he has also been a teacher of singing at the Domenico Sarro Association of Trani. The summer tours continue which alternate between Frasquita, Micaela, and Violetta.

In 2011 he graduated in Vocal Chamber Music, at the Niccolò Piccinni Conservatory of Bari with a grade of 10 and honors.

Since graduation she has been involved in several tours in Albania, Poland, and Italy performing both chamber and opera repertoire, collaborating with numerous orchestras such as the Pugliese Philharmonic, or the orchestra of the BAT Province, adding to the numerous debuted roles, that of Lucia by Lammermoor, Aida, Rosina in Barber of Seville, enjoying personal successes.

In 2016 he is artistic director, as well as interpreter, of an opera season organized by the Carro Dei Comici, called Fuoco Centrale and which sees the staging of the Titles: La Traviata, Carmen, and La Vedova Allegra.