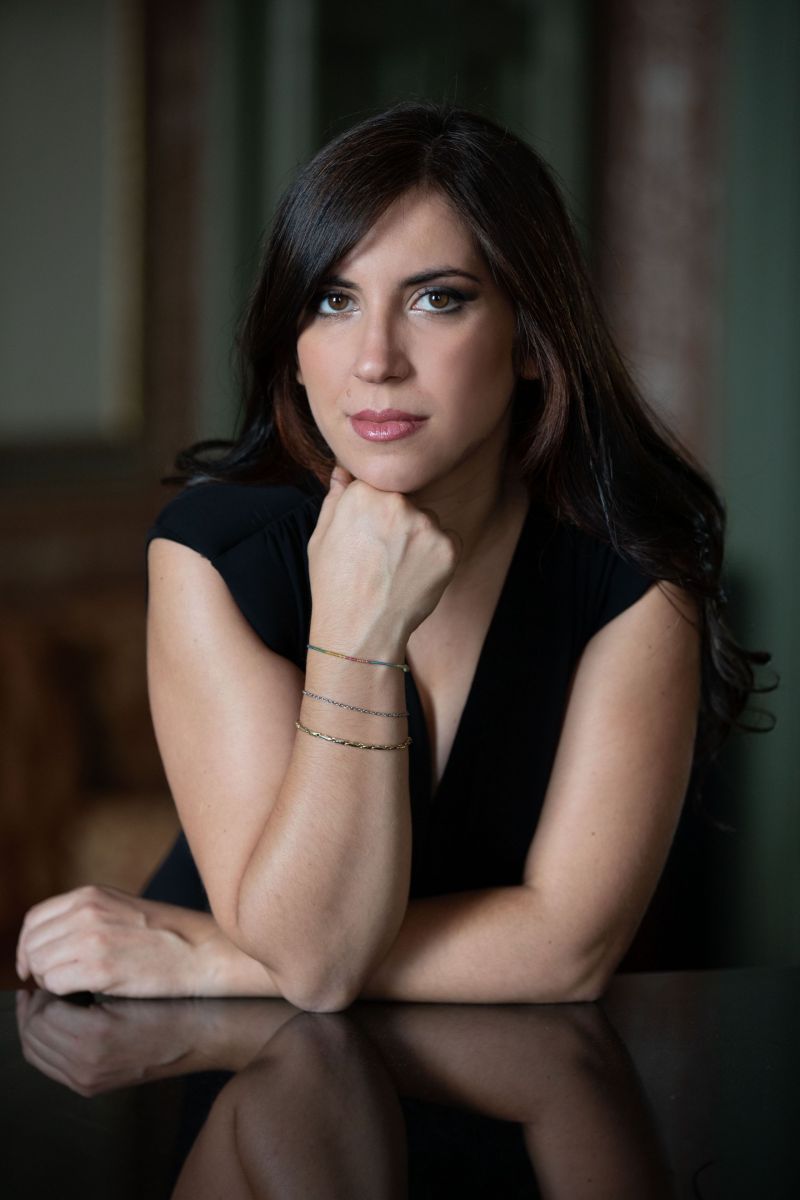 She went on specializing at the “Rodolfo Celletti” Belcanto Academy by participating at the Valle d'Itria Festival interpreting a doctor in opera Nur by Marco Taralli and Arnalta in L'incoronazione di Poppea (The Coronation of Poppaea).

In 2014 she joined the EOS (Ensemble Opera Studio) project at the Carlo Felice Theater in Genoa interpreting Sister Zelatrice in Suora Angelica conducted by Donato Renzetti, Cherubino in Le Nozze di Figaro (the Marriage of Figaro) conducted by Johannes Wildner, Rosalia in West Side Story directed by Wayne Marshall, Mercedes in Carmen conducted by Andrea Battistoni under the direction of Davide Livermore and Berta in Il Barbiere di Siviglia (The Barber of Seville) conducted by Alvise Casellati and directed by Filippo Crivelli.

She also interpreted Messaggera/Speranza in Monteverdi's Orfeo at the Olympic Theatre of Vicenza, Nerone in The Coronation of Poppea at the Fukuoka Symphony Hall, the Hyogo Performing Arts, Tokyo Concert Hall and at the Festival Rare Work of Cracovia, Penelope in Il ritorno d'Ulisse in patria (The return of Ulisse in Native land) at la Scuola Grande of Saint Rocco in Venice directed by Claudius Cavina.

She returned to Carlo Felice as Dimitri in Giordano's Fedora alongside Daniela Dessì and as Laura in Luisa Miller under the direction of Andrea Battistoni and directed by Leo Nucci.

She was Lady Macbeth's dame, Cherubino and Praskowia in La Vedova Allegra (The Merry Widow) at the Petruzzelli Theater in Bari.

She returned to interpret the role of Cherubino at The Musical Weeks Festival at the Olympic Theater in Vicenza.

Her discography includes these DVDs:

The Coronation of Poppaea for the Valle D'Itria Festival (2015); Fedora, the last extraordinary recording in the title role of Daniela Dessì (2015); The Marriage of Figaro for the Olympic Weeks at the Teatro Olimpico in Vicenza (2016). She recorded Bassani's oratorio Giona in the role of Obbedienza, for the label Tactus.

In May 2019 she recorded, with other singers, the CD Digressione Music, a collection of operas by Niccolò Van Westerhout, nineteenth-century composer from Mola di Bari to whom the City Theater is also dedicated (Special Prize within the Traetta Competition).

In September of the same year she sang in Rossini's Petite Messe Solennelle (Little solemn mass) for the Sacred Nights Festival.

In February 2020 she was the cover of Romeo's role in I Capuleti e Montecchi at L'Opera in Rome.

Margherita Rotondi also holds a degree in electronic engineering and a master’s degree in digital marketing. She's the artistic director of Palazzo Pesce, of the cultural and musical events that gave new life and international fame to this historic home in Mola di Bari.