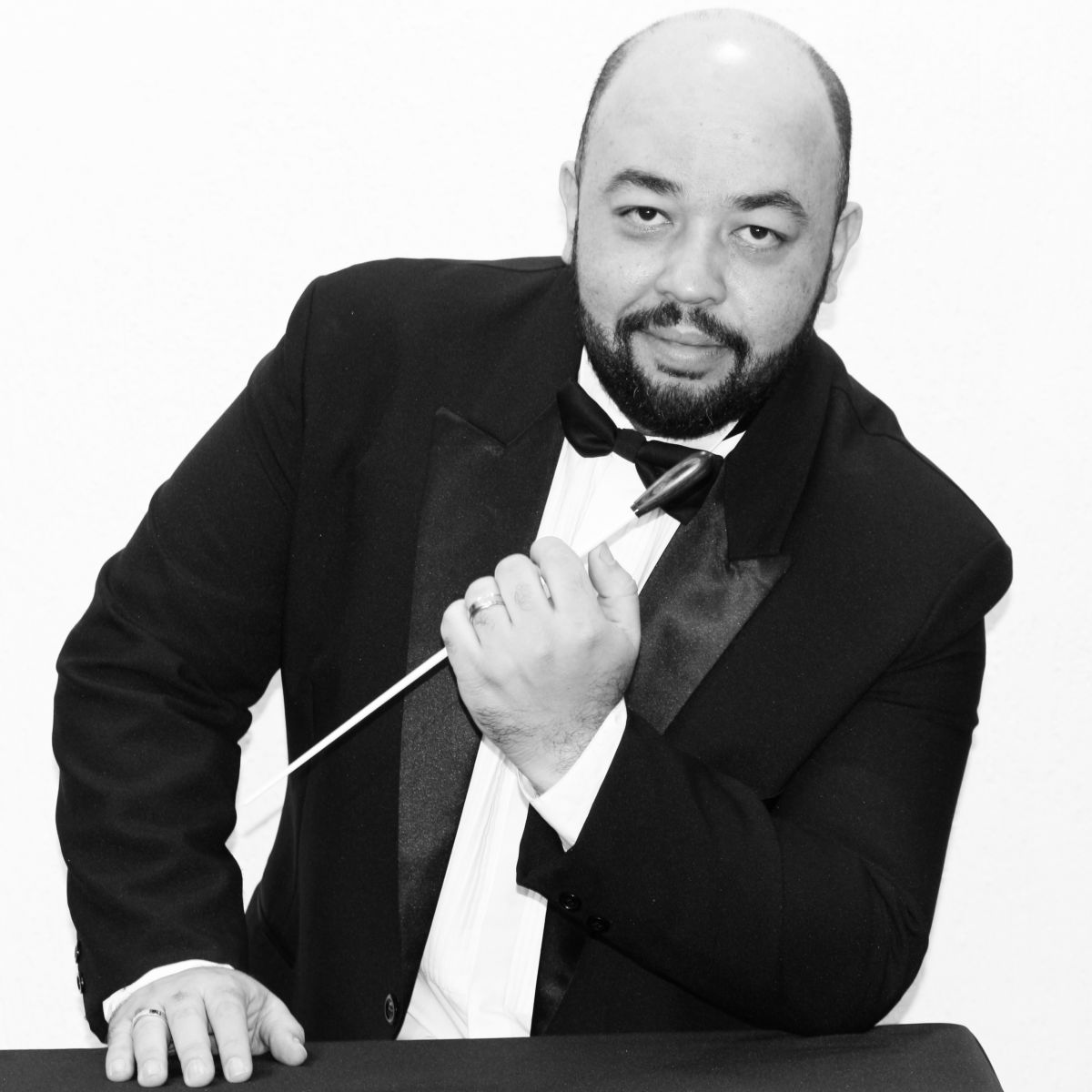 Marcos has a degree in composition and conducting at Santa Marcelina College and a Bachelor of Theology from FATEP - Faculty of Theology of Parana. He got master degree in ethnomusicology and Religious Sciences of Mackenzie University. Has a specialization in orchestral conducting at FACEC University. In ethnomusicology, He had recognition in academia for his studies of music and religious relations. He studied orchestral direction with Colin Metters (Royal Academic Music - London), Dr. Jay Dean (University of Mississippi), Sergio Feferovich (Peabody Conservatory of John Hopkins University), Isaac Karabcthevsky, Ricardo Rocha (MS Karlsruhe, Germany) and Sergio Chnee (Novosibirsk State Conservatory, Russia).

He was Director of Music of Grace International in South America since 2006, in the coordination of music schools, choirs and symphonies orchestras. He is music director of the Center Christ Church in Brazil, where coordinated extensive program of concerts of sacred music with chorus and orchestra.

He coordinated the Music Department of Compassion, in São Paulo. This institution was responsible for developing a program of social education through choral music for children, youth and teenagers at risk. He was the creator of the FATEID Music Course - Faculty of Theology.

He was artistic director and chief conductor of the Philharmonic Orchestra of the city of Taubaté. On the same occasion was music coordinator at the University of Taubaté, UNITAU.

He performed concerts in front of several orchestras in Brazil, Europe and other 16 countries as Finland, Germany, Russia, Hungary, England, Argentina, Paraguay, India, Malaysia, Jordan, USA, South Korea, and among others. He was in charge of several major orchestras including the Russian National Orchestra, Waasa Sinfonietta Finland, LVC Orchestra of Pennsylvania, Chuncheon Philharmonic Orchestra and others.

Marcos was guest conductor of the Winter Festival of the National Conservatory of Music, Asuncion, Paraguay. He led the orchestra of the Academic Festival and has given master classes in conducting the years 2013, 2014, 2015, 2016, 2017.

In 2016, he has conducted the “Olympics Games Concert” with the Chuncheon Philharmonie Orchestra with Jerry Chee as soloist, one of the worlds most awarded clarinetists.

He premiered choral works by South Korean composer Hyun Kook in a concert dedicated to contemporary Capella works in Brazil, as well as the fixed season of OCB Filarmônica.

Marcos is director of the Bethesda Music Academy and general coordinator of postgraduate studies in orchestral conducting at Faculae FACEC. He is also artistic director of the São Paulo International Winter Festival "Coexistence", director of the Academic Music Festival "Provisional Convictions" in the city of Osasco. Marcos is an honorable conductor of the K-Orchestra of South Korea, where in addition to working with professional symphonic groups he is a developer of concert music with young people around the world.

This year he took on the artistic direction of the Philharmonic Orchestra of the Arts of Osasco, with the challenge of bringing that city a program of concerts of international level. As a conductor, Araujo attends a very intense schedule of concerts, classes and masterclasses, appearances in several international music festivals