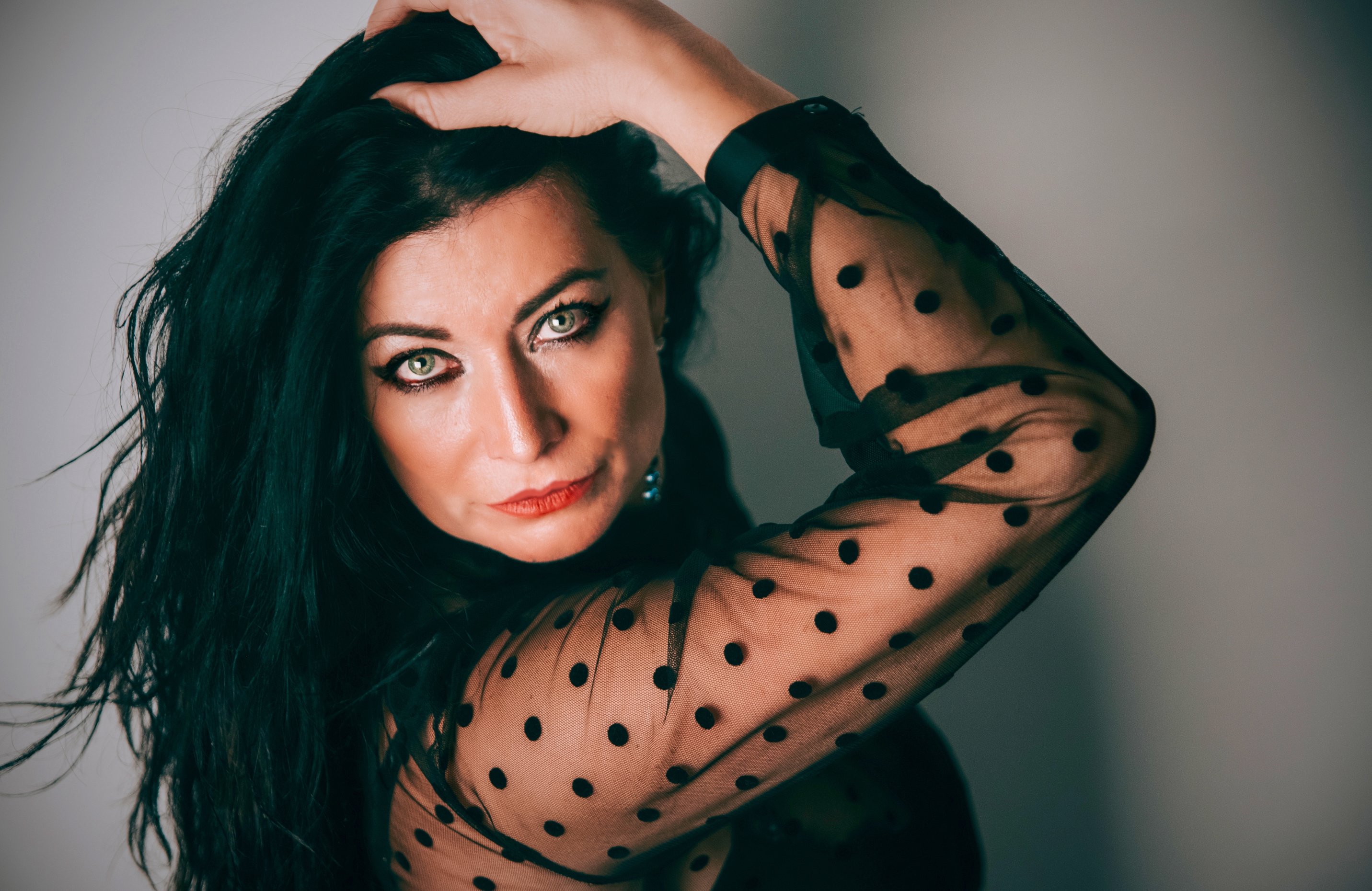 Magdalena Campasol is a mezzo-soprano of renowned trajectory in the Word of Recitals and Concerts. On stage, she transmits energy and charisma which fuses with the silence of the spectator, achieving an ambiance which both transports and captives the audience.

A groundbreaking mezzo-soprano renowned for creating concert-shows with a very personal style which defines her as a free-thinking interpreter who defends the importance of emotions embedded in the music.

Studying in the Conservatori Superior de Música del Liceo, under the expert hand of soprano Carmen Bustamante she achieved a Superior Degree in Singing and a Bachelor of Arts degree in piano. Later, she furthered her studies with other lyric masters such as soprano Mercè Puntí, tenor Joan Ferrer Serra, mezzo-soprano Laura Vila, soprano Roser Garell, countertenor Toni Gubau and soprano Carme Rodríguez.

In the field of opera, she has alternated roles of dramatic soprano with the repertoire of mezzo-soprano, undertaking the roles of "Vanessa" by Samuel Barber, "Dalila", in Samson and Dalila by Saint Saëns "Dorabella" in Primo Fan Tutte by Mozart, "Dido" in the opera by Purcell, "Charlotte" in Werther by Massenet y "Maddalena" in Rigoletto by Verdi, among others.

In the field of oratory, she has been a soloist in the "Requiem" by Maurice Duruflé, "The Passion according to Saint Mateo" by Bach and "Vesperae Solennes de Confessore" by Mozart, accompanied by the Catalan Baroque orchestra directed by Joan Pàmies.​

With reference to Zarzuelas, she has interpreted the main roles in well-known works such as, "El dúo de la Africana", "La Corte del Faraón", "La Revoltosa" and "Luisa Fernanda", among others. Magdalena has participated in the zarzuela festival, celebrated in the Auditorium in Cuenca in September and October 2016, in a concert-show organized by the Jacinto Guerrero Foundation.

On different occasions, Magdalena has performed as a soloist with the University of Barcelona orchestra. Recently, under the direction of Carles Gumi, she has interpreted the role of Dido in the opera Dido and Eneas. She has sung in the classical music festival organized by MNAC (Museum of Contemporary Art) and in concerts held in Castell Jalpí in Maresme.

Magdalena has also been an active member of different companies and chamber music groups performing zarzuela shows and chamber operas. Also performing in concerts in which fusion poetry, theatre, dance and circus with music, concerts with classic music as well as contemporary music.

In her role as music promotor she has given courses, workshops, and conferences in different fields. For example, in the University extended classroom as well as in music schools and on radio programs. Magdalena also gives singing classes in Llavaneres Music School, in the Liceo of Mataró, Sant Vicenç de Montalt and Arenys de Mar in which she has also been the director.

Magdalena has created and executed with great success a variety of projects:

Every year she offers seminars called "El café de la Ópera" where her personal experiences her private intimacies related with her interpretations and the secrets of the roles she has interpreted, are shared with the public, establishing an adequate climate for an intimate dialogue with the audience, sharing with them her experience in the world of music, awakening the emotions and feelings necessary for our inner wellbeing.

Her seminars Operetta and Chocolate bring the pleasure of operetta to a juvenile audience in schools and theatres in which the fusion of juvenile participation with professional singers, creates scenes of chamber opera.

In 2018 she established the Ópera Estudio del Maresme, with its headquarters in the Sinera Auditorium.

Recently, Magdalena has been selected amongst the voices who participated as soloists in the new project initiated by the director Josep Vila with Lieder Cámara.