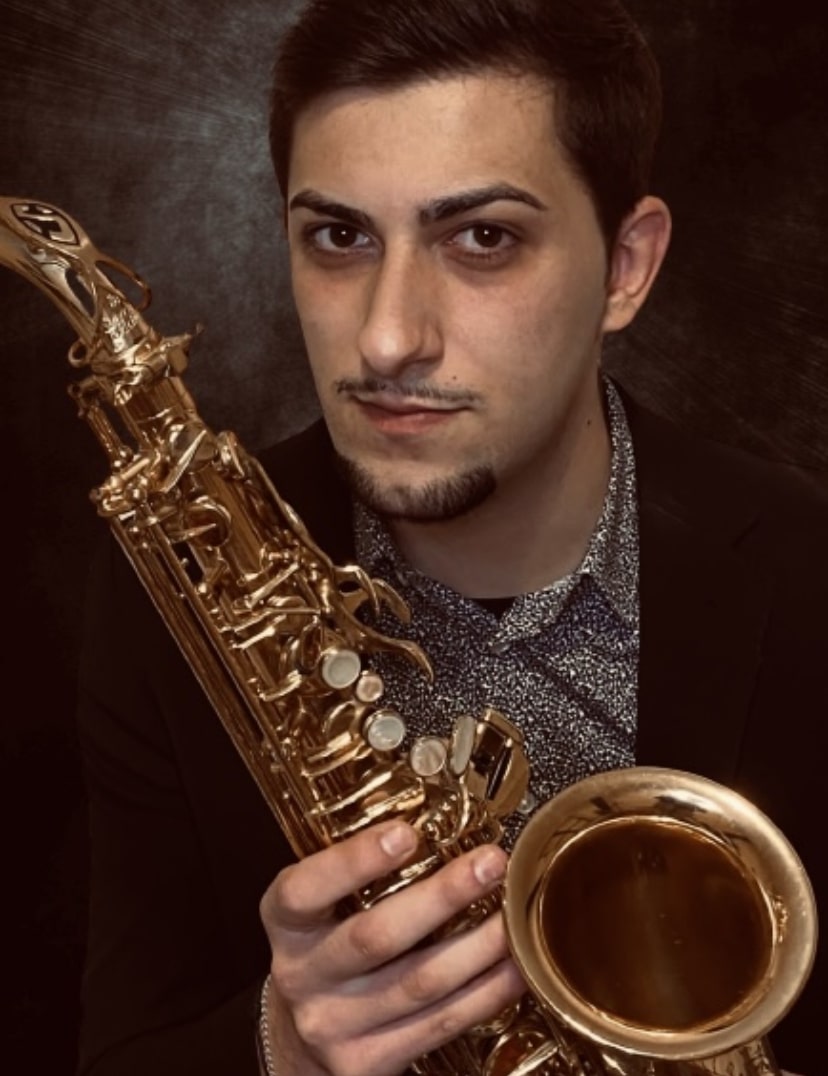 Saxophonist Luca Ciucci was born in 1998 in the province of Rome. At the age of 12, he began his studies at the “Santa Cecilia” Conservatory of Music, renowned throughout the peninsula and beyond. At the age of 15, he started the musical journey with a pop/rock band, where he got involved as a keyboardist, without leaving his beloved sax, with whom he wrote solos for the unreleased songs of the group. During his stay in the Half-Nine, Luca tried his hand at writing all the arrangements of the unreleased songs, with which the group later presented itself in 2018 and 2019 at Area Sanremo, reaching the finals of the competition. Together with his fellow travelers, he participated in numerous live shows in the Abruzzo area. Also at that time, they presented themselves at the Mediaset IBand Talent Show, directed by Vincenzo Sorrentino. During the period of the Covid-19 pandemic, the band disbanded and Luca decided to embark on the path as a solo smooth-jazz and funk artist. At that time he undertook a series of live-stream collaborations with well-known jazz musicians such as Kyle Schroder, Trace Zacour, James Martin, Edward Bocanegra, Asia Wroblewska, Evan Strauss, Chris Cruickshank, Samuele Perduca, Daron “Bash”, Samuel Reies, Phill C. He currently continues his solo project, releasing songs and playing.