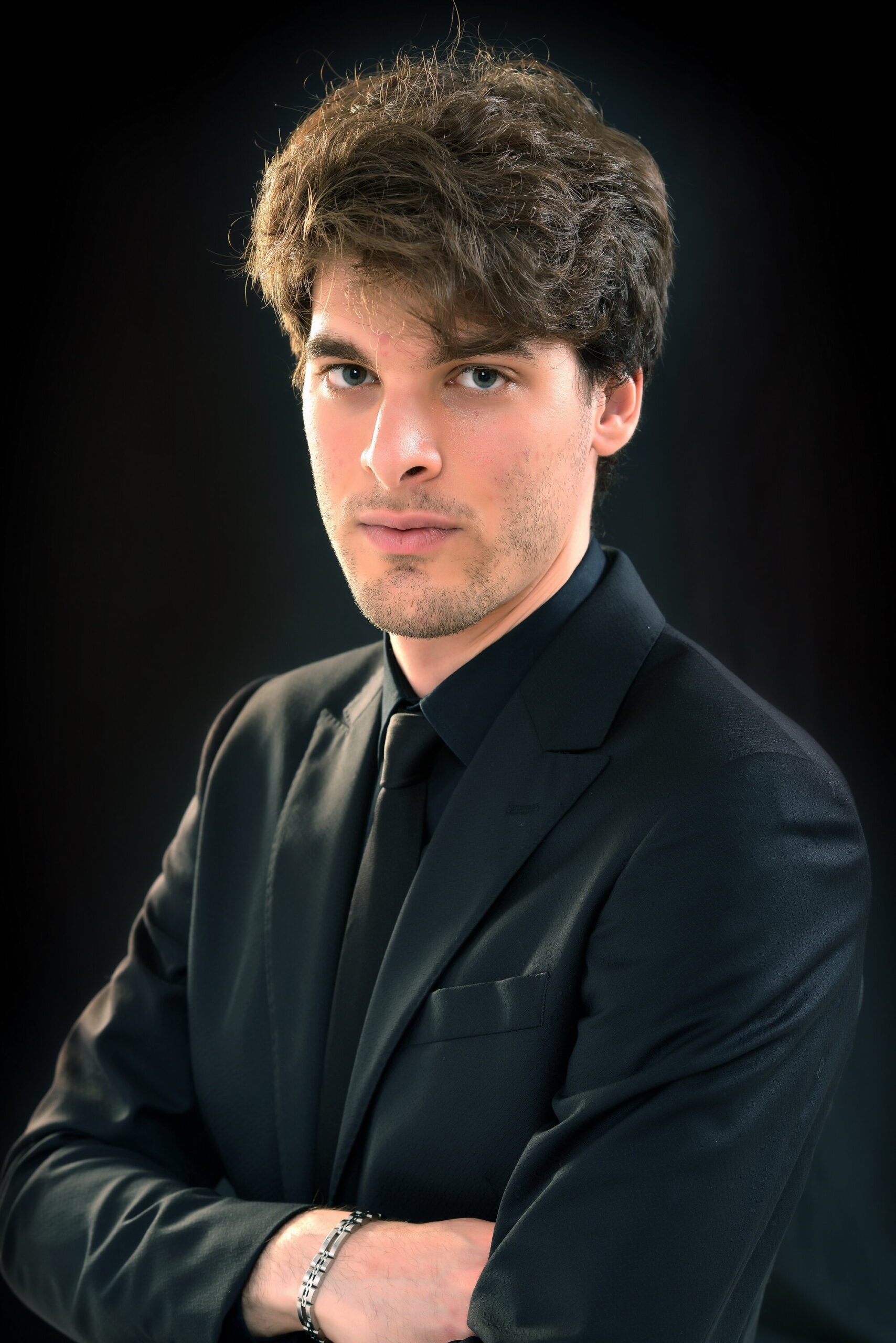 Luca Chiandotto is the winner of the 2018 L. Brunelli Prize, reserved for the best Italian graduates of the previous year, and a finalist at the I. Bajic Piano Memorial Competition 2018 in Novi Sad. He graduated in 2019 with the highest marks, honors, and honorable mention at the Biennium of Piano for Interpretation, with a performance of the Musical Offering by J. S. Bach. He attended the G. Tartini Conservatory of Trieste in the class of prof. Flavio Zaccaria.

He is currently studying with Prof. Ayami Ikeba at the Kunst Universität in Graz and with Mr. Marian Mika, at the F. Chopin Academy in Padua. He has participated in courses with Maestro Benedetto Lupo, at the Accademia di Pinerolo, with Mª Irene Veneziano in Novara, and with renowned concert performers and teachers, including Mi Alessandro Taverna and Aquiles Delle Vigne. Erasmus student in the 2015/2016 academic year, he was a student of prof. Klaus Kaufmann at the Mozarteum University of Salzburg.

He also attended numerous lessons proposed by the Trieste Conservatory with professors from foreign Music Institutes, such as Borislava Taneva, Rostislav Yovchev, Bernhard Pötsch, Johannes Kropfitsch, Karl Barth, Markus Prause, Paolo Susanni, Brenno Ambrosini, Antoinette van Zabner, Ida Gamulin, Pierluigi Shirt. He has performed in numerous concert halls in Northern Italy and abroad, including the Sala del Ridotto of the Verdi Theater in Trieste, the Sale Apollinee of the Teatro La Fenice in Venice, the Palazzo Leoni Montanari in Vicenza, the Museum of S. Caterina di Treviso, the Sala dei Giganti in Padua, the Fazioli Showroom in Milan, the Civic Museum of Radovlijca (SLO), the Community of Italians in Opatija (HR), the Wiener Saal in Salzburg, within renowned posters such as " Musical weeks at the Teatro Olimpico ”in Vicenza,“ Mittelfest ”and the“ Chamber Music ”Association in FVG.

His participation in the annual" Concerto in the dark" at the Rittmeyer Regional Institute for the Blind in Trieste in 2019 was significant: a recital performed entirely without the slightest light source, within the program of " In the sounds of places "

As a soloist with the orchestra, he made his debut in 2016 with the Trieste Conservatory Orchestra, conducted by Mr. Romolo Gessi, playing the WA Mozart concert KV 414 in the Sala Tripcovich and in the Church of S. Antonio Nuovo in Trieste on five dates. , and at the Municipal Theater of Monfalcone. In 2018 he played the Concerto n. 2 by Chopin with the Belgrade Symphony, conducted by Mr. Radan Jovanović, in the Novi Sad Synagogue.

He has a predilection for the avant-garde of the twentieth century: in 2019 he obtained the first prize in the “R. Di Cecco ”, dedicated to the music of that period. During the Academic Year 2019/2020, he perfected himself in the performance practices of written music from the second half of the twentieth century to contemporaneity with Mª Maria Grazia Bellocchio.

In the last two years he has curated five first absolute performances of young composers, such as Gabriele Cosmi, Leonardo Mezzalira, Dario Carpanese: for Amici della Musica di Padova, he recently performed in a solo recital with music composed ad hoc and inspired by the Giottesque cycle of frescoes in the Scrovegni Chapel.

In the frame of the Trieste Prima 2020 contemporary music festival, together with the pianist Maria Iaiza and the sound director prof. Giorgio Klauer, played the famous Mantra 1970 by Stockhausen for two pianos and ring modulation. Recordings of him were broadcast by the regional broadcaster Rai Radio 3. Born in Latisana (UD) in 1995, he began studying piano at the age of five at the Municipal School of Music in his city, under the guidance of Professor Jessica Galetti.

After completing his academic studies, he deepens the analysis of the score with prof. Stefano Procaccioli. In 2021, from his passion for programming and from the knowledge acquired during his years of study in Austria, the Android application Musik Lexikon was born, language support for the benefit of musicians wishing to undertake a university or professional career in German-speaking countries.