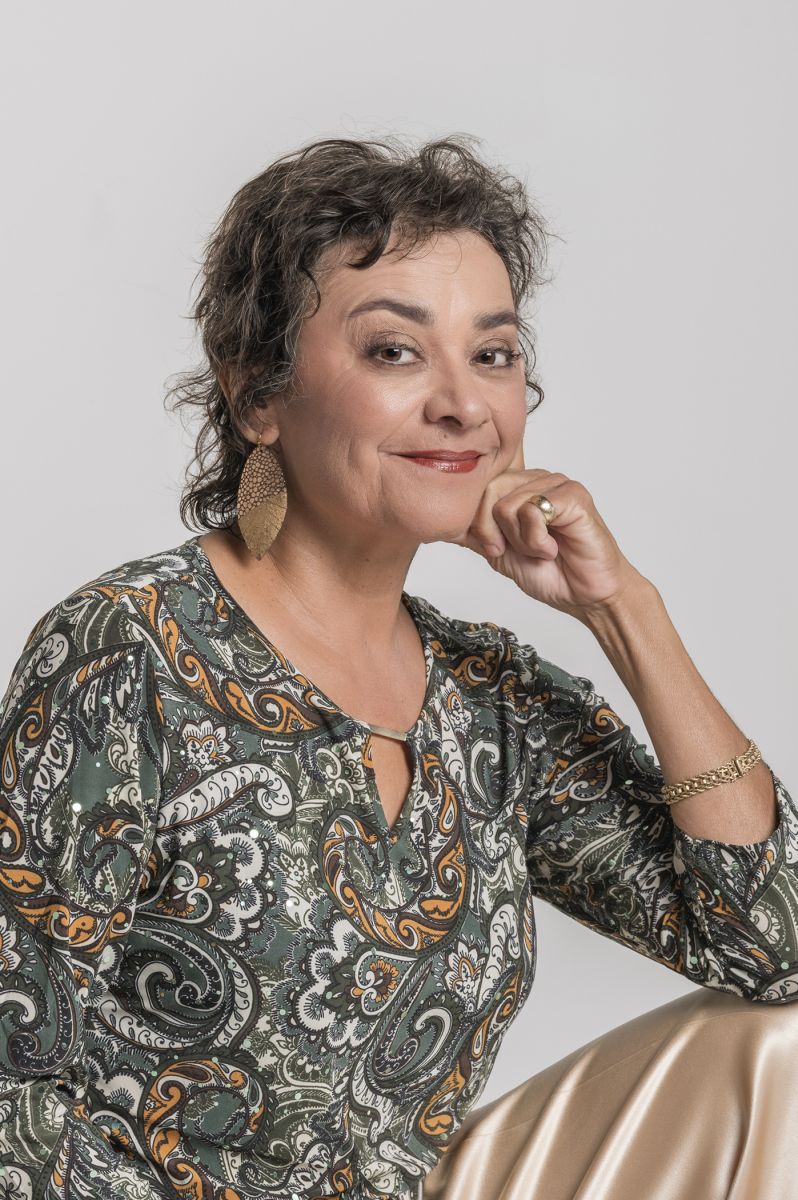 When Leticia Garza was a girl, she asked, How can I join the world of theater and the arts? One adult told her, “Audition for Texas’ outdoor musical theater event as an Indian tribe member.” Another said, “Try out to play a furry animal at Astroworld.” Even as a child, Leti chafed against such constrained imaginings of what was possible for her. From those early days onward, she has believed fiercely in the importance of creating her own narrative, building her own platforms, and developing fully as an artist.

Her music shimmers with vitality and honesty, mined from the rich reserves of her life experiences. While wading through depression to tend to her firstborn child, Leti recorded a sardonic series of songs titled Motherhood Blues. In a rocky stretch of her marriage, her music voiced questions with no forthcoming answers, such as, Why do people do what they do? How should we cultivate compassion? Her lyrics display a plainspoken wisdom that cuts to the marrow of human relationships.

Her melodies spring from fertile ground. She comes from a celebrated family of singer-songwriters. And she draws from her North American roots in Texas Folk, Latin Jazz, and New Age; the Afro-Caribbean rhythms of Cuba’s son, danzon and boleros; the valses and baladas of Mexico; the trova, cumbia and merengue beats of South and Central America; and Brazil’s bossa nova and samba. Leti is a global Tejana; her music refuses categorization.

El Unico Para Mi, Leti’s previous album, made Texas Music Magazine’s top-ten favorite albums released in 2017. She credits the strength of her last record to the chemistry she felt with her brilliant collaborators, Grammy-winners Scott McIntosh and Jose Galeano, and her Latin Jazz band, La Banda. The album’s poignant single, “Frio en el Alma,” was a listed favorite by NPR’s Alt/Latino program. Other accolades for Leti’s art include the Distinguished Music Award, given to her by the Texas Music Museum, as well as recognition by the Austin History Center for her contributions to Texas music.

Blending passionately simmering boleros with upbeat cumbia, Latin pop with a flare of merengue, Leti Garza’s music is both a reflection of herself and an invitation to diverse audiences.

Leti’s newest EP, Borderland, reflects her belief that human relationships and our responsibilities to one another transcend national borders. A central theme is the imperative to protect the innocent. The majority of the songs are originals, and in many

of them, she reflects upon the pain she witnessed while working to end the detention of immigrant children.

Unlike her previous albums, which included artistic collaborations and a full band, Borderland is spare and intimate. The song that seeded the album was “La Esperanza” (The Hope). It was written after returning from Tornillo, Texas, during a demonstration on Christmas Day, 2018. Protesters came from across the country to speak out against, and bear witness to, the inhumane treatment of children held at the Tornillo Children’s Detention Center. Leti and other musicians played a concert for the children in the desert, their PA pointed towards the crude tents where the children were held behind a snarl of barbed wire. The children were finally allowed recreation time in the fortified yard, exactly at the moment that Leti began to play.

Although the demonstrators were prevented from communicating directly with the children, they hoped their message of support carried over the sound waves to them: “No les olvidamos.” We will not forget you. As the music played, the children gathered dozens of soccer balls and kicked them, simultaneously, high into the air, in acknowledgement of the protestors’ presence. Said Leti of this experience, “It was the saddest, yet the most heartfelt, act of the young.” Seeking to honor these children with “La Esperanza,” Leti’s plaintive vocals plead, in Spanish and English, for the listener to join her in a psalmody for peace and compassion for those facing injustice.

The album’s originals are complimented by two carefully-curated renditions of others’ songs. One is written by politically-active women singer-songwriter, Natalia Lafourcade, Mexicana, whose music amplifies the voices of the marginalized. The other rendition, “Te Invito,” was the theme of the Netflix series La Niña, which tells through the life of a girl, the experiences of children in wartime, and struggles with displacement. These additions further situate Leti’s work within the rich heritage of protest music that lifts up social movements’ aims in song.

Borderland is a raw, exquisite global folk album that speaks directly to exigent political issues of our time. It is also a musical map for transcending the social atomization of the contemporary moment to find community and to act collectively. Indeed, Leti’s tender vocals, laced with the pattering footsteps of keys, make for the most clarion and beckoning of guides.