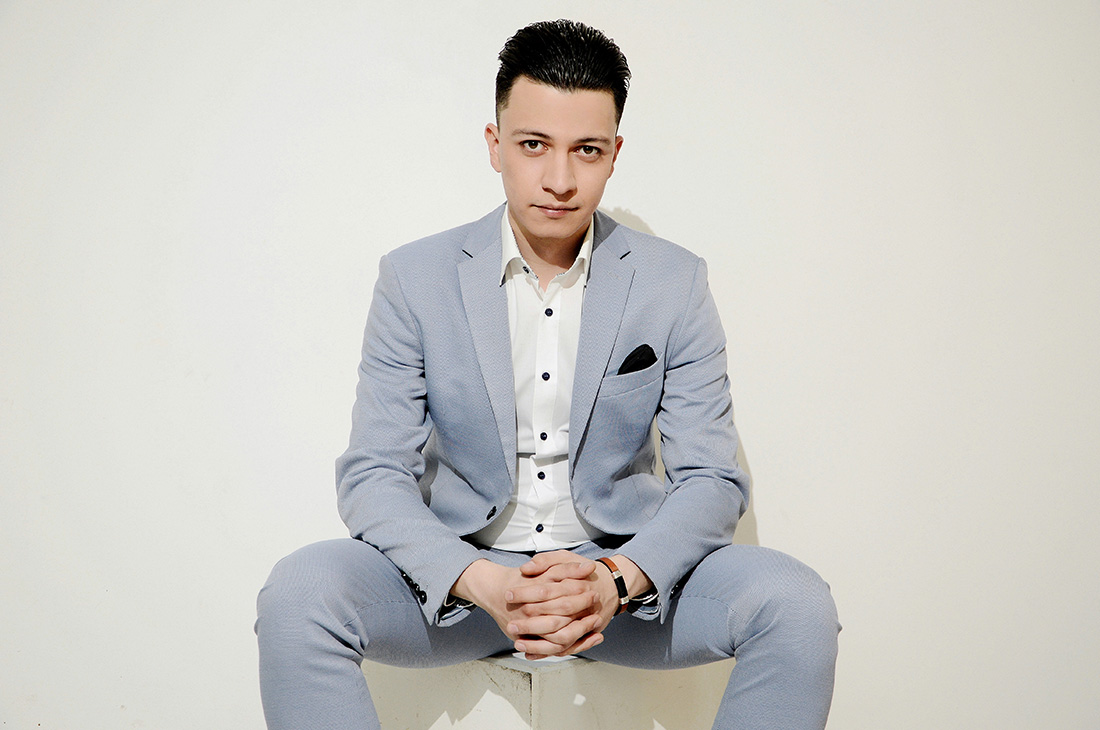 Young as he is, pianist Krisztián Oláh is a key figure of the Hungarian jazz scene. Born to a Hungarian musician family, his father Kálmán Oláh - a world-renowned jazz pianist and composer - took responsibility for his early education in jazz piano and composing. Krisztián described his early inspirations: “It has hardly been twenty years since I began exploring and roaming across the vast complex universe of music. I must be extremely lucky to be surrounded by an immense amount of inspiration. Primarily it is my family, my mother, and my father who have always believed in my potentials and encouraged and supported me. They introduced me into the world of classical music and jazz which - I believe - are the most complex genres of music.”

Krisztián graduated from Bela Bartok Conservatory in classical piano major, and as the time being he attends the jazz piano department of Franz Liszt University of Music and Musicology under the instruction of Professor Karoly Binder.

He was chosen the best soloist at the 5th Jazz Competition of Marosvasarhely in April 2013. He was selected as one of the top four pianists in the Nottingham Solo Piano Competition in 2014. He was granted the special award for the most creative performance at the International Piano Competition in Vilnius, Lituania.

He was only twenty when he finished third at the 2015 Montreux Jazz Festival. During the two-week academic program that followed, he appeared in concert with such greats as Al Jarreau, Kurt Rosenwinkel, Nils Petter Molvær, and Joe Sanders. In the same year, he was awarded the Creative Art Prize, the Junior Prima Prize, and the Hungarian Jazz Prize of Gramofon Magazine. In 2016 the Hungarian Jazz Federation elected him young jazz musician of the year, and in 2018 he was the first Hungarian to be invited to the international competition that the American Thelonious Monk Institute organized for the world’s best fourteen jazz pianists.

He spent a long time mulling over recording his first album, one that would consist solely of his own compositions, and in January of 2019, the moment for it arrived, when he founded his Quartet with top Hungarian musicians. He presented thoroughly modern material from the result of this project: At The Back Of My Mind. The material in At The Back Of My Mind grew out of his U.S. experiences from the period of preparing for and participating in the Monk competition. Breaking through to the surface in compositions whose mature sound belies his youth and via the expressive means of jazz are all the musical inspirations that allude to the legacy of European classical music from the past centuries. Thanks to the wonderful improvisational skills of his companions, Kálmán Oláh, György Orbán, and Dániel Serei, the audience can look forward to plenty of extemporization.

His other recent project, Parallel Reflections offers a contemporary reinterpretation of recontextualization of the interplay of a string orchestra and a jazz quartet. The six-movement suite - composed and arranged by Krisztián - is informed by baroque, neo-romantic, and early 20th-century music, as well as by the harmonics and rhythms of modern jazz.