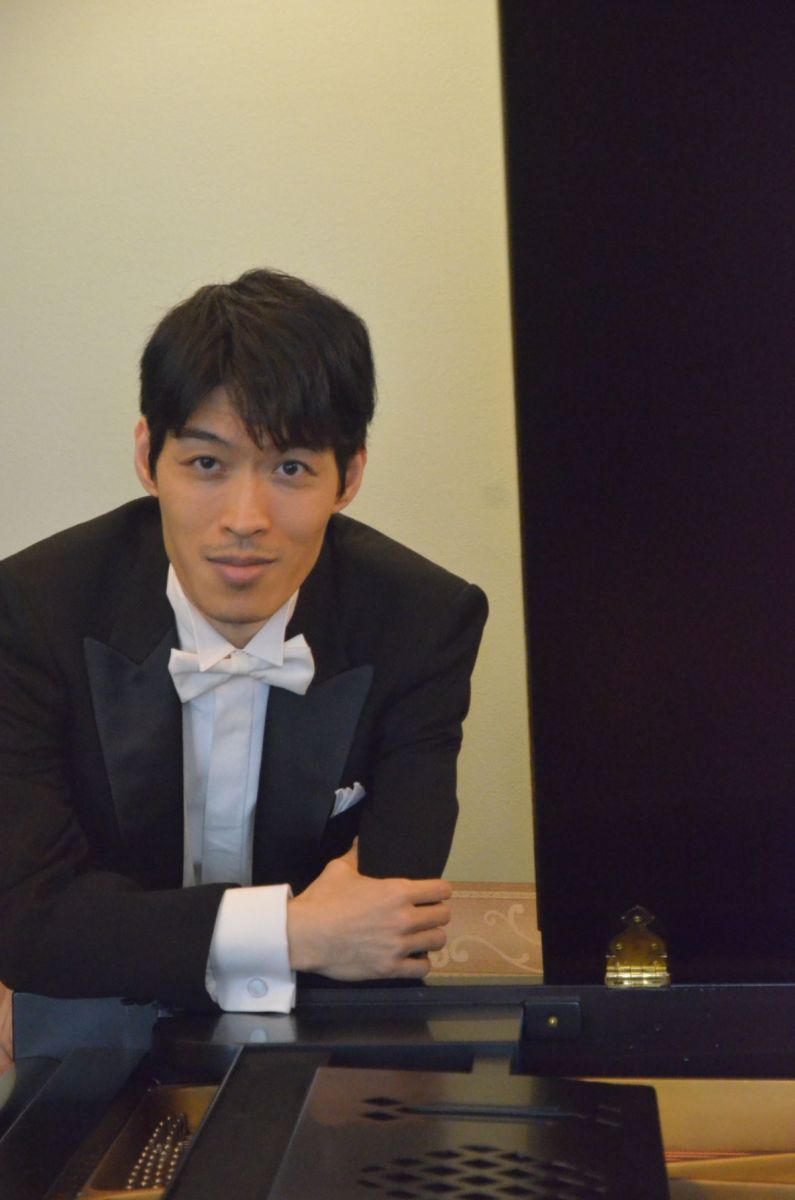 Pianist Keita Chida has performed across Europe and Japan to high critical acclaim and enjoys a versatile career as a soloist, concerto soloist, and Chamber musician. Born in  Akita, Japan.  At the age of 12, as been deeply impressed by the performance of Eric Heidsieck (He was a pupil of  Alfred Cortot and  Wilhelm, Kempff), he started learning piano seriously. He became the first prize winner of the 2002 All Japan National Competition of the Music by KAWAI. After graduating from Akita Senior High School in 2006 he was admitted to the Toho Gakuen College  Music  Department in the class of  Toru Kimura and passed every exam with the highest distinction. He participated in the  Master Class of Mikhail  Voskresensky (chief professor of the  Moscow conservatory) and joined the Master Class of Pascal  Devoyon (professor of Berlin University of the Arts) in 2008. Mr. Chida was awarded the  Jury’s  Special  Encouragement Prize in the  2007  Tama  Fresh Music  Concert In 2007 and 2008, he held a  duo recital with violinist Naoto Sakiya  (First prize winner of the Menuhin International  Violin Competition, third place winner at an  ARD  International  Music Competition, currently holds the position as concertmaster of Kanagawa  Philharmonic  Orchestra) and became well-known. They had made a series of joint appearances afterward. In 2008, Keita  Chida has appreciated his talent from Maestro Eric Heidsieck, a  world-class pianist, and became his independent disciple. While learning from  Maestro Heidsieck as a  pupil, he also studied in many other disciplines, such as fine art, sculpting, theater, literature, movie, philosophy, and performance art. In 2009, he played as a  last-minute substitute with the  Tirgu Mures National  Symphonic  Orchestra in Romania, performing M. Ravel’s  “Concerto Pour la  Main Gauche”  and C. Franck’s “Variation Symphonique”, and acclaimed. In the same year, he performed together with Maestro Heidsieck, using two pianos in Paris. Critics mentioned his performance was like  “the return of Cortot”. In 2010, Mr. Chida was invited as a  soloist to the  60th  anniversary of the  Tirgu Mures National Symphonic Orchestra in Romania and the  New  Year’s Concert commemorating Chopin’s  200th anniversary, in which he performed “Chopin’s  Piano Concerto 2”.  In the same year, he achieved the third-place winner, contemporary music prize( by performing the music written for this competition by Bruno Giner)and received the audience award at the  Alain Marinaro International Piano Competition. He received the letter from Bruno Giner “Your Performance was so excellent, every sound was engaged. Thank you for playing.”  From then on, he was prohibited from participating in competitions due to Heidsieck’s attitude towards art. He performed in recitals throughout  South France. Keita  Chida completed the  Master-Classe of  “Prélude de C.Debussy”  and “Nocturne de  Faure”  in the following year, given by Heidsieck at the  Schola  Cantorum in 2010. Mr. Chida performed at the  Concert  Recital ordered by the government to assist in the reconstruction of areas affected by the Great  East  Japan Earthquake in 2011. In 2013, he participated and performed in a concert at the Euro Arts Music Festival in Leipzig. From 2009 to 2013, Mr. Chida appeared at the  Banyuls-Sur-Mer Music  Festival every year performing in piano recitals. Following the  2013 recital using the  Bechstein, the newspaper’s critics column called him a  “Magician of the color who can make each hue of sound contributes to his music.” Since  2013, he became interested in eastern philosophy and studied Buddhist philosophy at the  Tofukuji  Temple in Kyoto. In 2016, he returned to Paris to continue his studies and obtained permission to keep learning under Mr. Heidsieck at the  École  Normale de  Musique de Paris and Schola  Cantorum. Keita  Chida held lecture concerts at  14 locations in 2018 as a lecturer of Japan Music  Education Study Group using Bechstein, and played Piano concerto, received a positive evaluation, and was invited again for the next one. In the same year, Mr. Chida met and hit it off with Mr.Masato Kato, president of Bechstein Japan. From then, Bechstein Japan organizes the Concert series of Mr.Chida and talk about Mr.Kato. He has been performing in concerts in France, Germany, Italy, Switzerland, Romania, and Japan. Mr. Chida learned the harmony techniques, counterpoint, and song analysis with Michel  Merlet. He learned the piano with Setsuko Hirano, Chie Watanabe, Hidetoshi Oiwa, Takahiro Hoshino, Toru Kimura, and Theodore Paraskivesco.