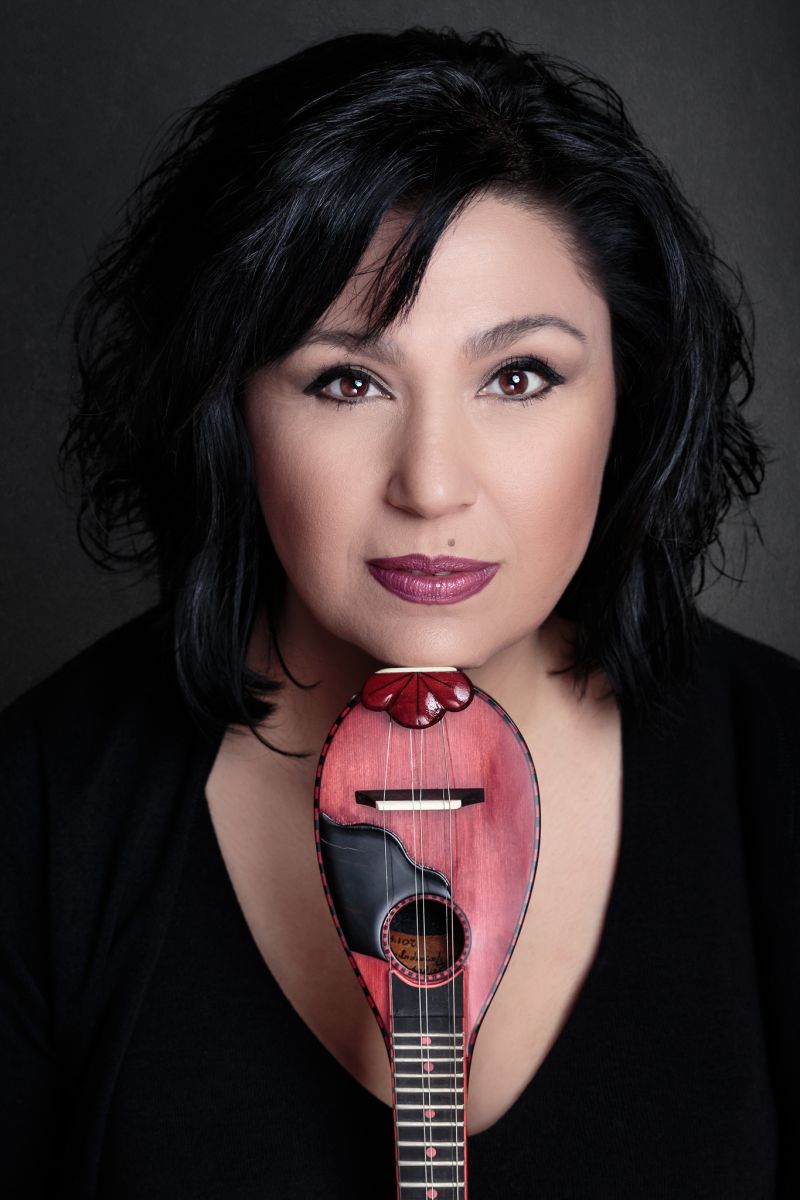 From an early age, Katerina learned classical piano, folk guitar, and baglama. She is now considered to be one of the best singers of Rebetiko and traditional Greek songs. She has already performed in the biggest stages of Athens and all over Greece, as well as in other countries (Norway, Egypt, Cyprus, Chech Republic, Kosovo, U.S.A., Holland, Belgium, France, Sweden, Norway, Dubai, etc.). She has appeared in many t.v. and radio shows on Greek and foreign channels (France, Cyprus, and more) and also in documentaries and tv series. Katerina Tsiridou’s music has world music influences, experimenting with musicians from all over the world during concerts and seminars of rebetiko and traditional Greek music. She has worked with the bluesman Louisiana Red, Bob Brozmann, Jolly Jumper, and Big Mo in many projects, marrying blues with rebétiko, with the Swedish rebetika group ‘The Meraklidhes’ and also with the Greek Rap group IMISKOUMBRIA. She also took part in the documentary about Roza Eskenazy “My sweet canary”. She is the founding member of the band KOMPANIA. She has by now worked with the most important figures of rebetiko music. She has participated in many CDs, Babis Goles, Agathonas, Michalis Chatzigiannis, Giannis Parios, Michalis Dimitriadis, Dimitris Kalatzis, Giorgos Margaritis, the Centre for Traditional music of Lesvos, a cd for Giorgos Mitsakis, Giorgos Xintaris, and a new CD “ To koritsi tou teke” by the composer Giannis Tsiantis. In 2009 she released her first solo cd by the title “Kismet”, published by “General Music”, in 2012 cd “Opou ki an ise gyrise”, “Protasis in 2016 cd “Aman Katerina” both published by Protasis music. Her new CD “BOEM” released in summer 2020. Katerina Tsiridou worked also as a radio producer, presenting weekly a radio show on ERTOPEN radio. She had a European tour in Netherland, Belgium, and Germany in 2020 with a big success! In 2021, Katerina wrote a book named " professional...fat".

She is now organizing her 2021 European tour in the spring. A new cd is on the way to be released, tributed to the great singer Roza Eskenazy.