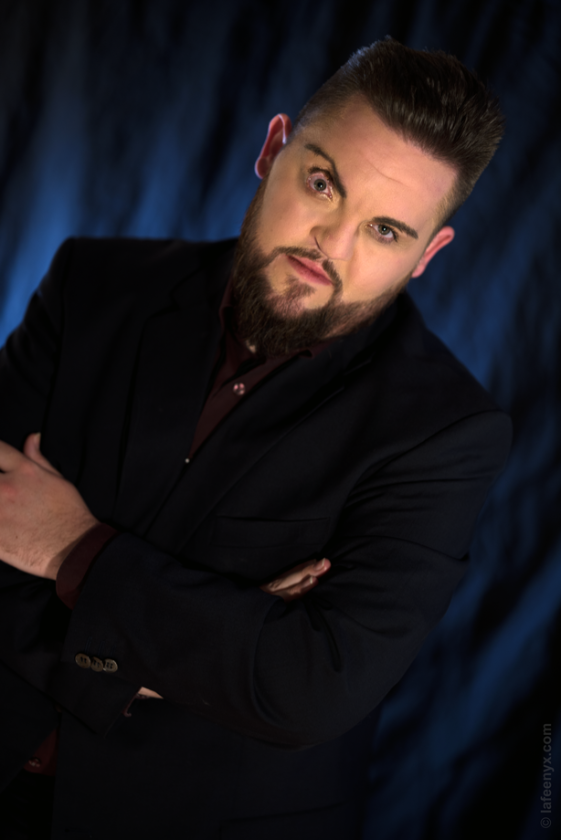 Karl Laquit begins from the youngest age his musical way with the learning of the choral singing and the piano.

After a few years of studies, he will meet Sophie Norton who will advise him to enter an academy. This is when he will dedicate himself to full-time music by integrating the CRD Gautier d’ Epinal to pass his DEM in the class of song of Robert Boschiero.

Further to a competition, he met Elena Vassilieva with whom he will work at first on his of French-style haute-contre’s voice, within particular the role of « Platée » Of Twig, as well as that of countertenor, then following it, the tenor voice with roles such as Belmonte in « Die Entführung aus dem Seraglio » Of Mozart or the Italian tenor in « Der Rosenkavalier » Of Strauss.

Tenor of character, sometimes high-contrast, sometimes soprano counter-tenor, he is endowed with a super tessiture and devoted to virtuosity.

In the meanwhile, he began to work with Jean-Philippe Dubor’s ensemble «Les siècles romantiques» with whom he sang «Carmina Burana» by Orff, Rossini’s «Stabat Mater» or the «Messa di Gloria» of Puccini and Rossini. (the Rossini, creation Auvergne Rhône Alpes (January 2018), having been widely praised by critics especially for virtuosity and superigus).

«Germania», composed by Alexander Raskatov, offers Karl Laquit the opportunity to start at the opera in Lyon for a role written especially for his voice, the «Giant Rose». Extremely technical with its many overages, this role provoked many reactions in the criticism, using expressions such as « inhuman tessiture » and « acute stratospheric ».

For the coming season, Karl will sing the «Carmina Burana» again and, among other things, a less known piece that is the Requiem of Franz Von Suppé.