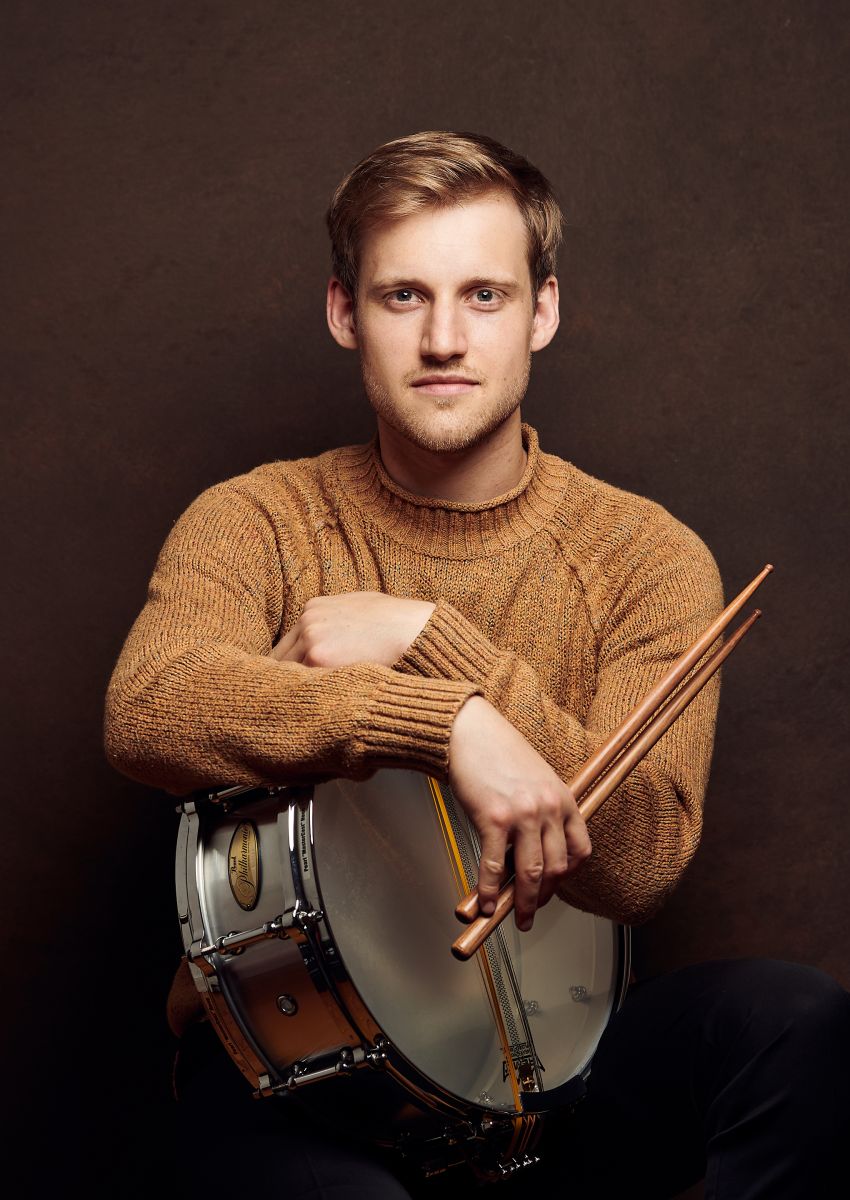 Josef Treutlein, born into a family of musicians in 1996, began his path of percussion at the age of six. His musical future became apparent early, as he won the 1st prize at the International Marimba Competition Nürnberg at age twelve. Soon after he became a member of the prestigious German Youth Orchestra and later the Young German Philharmonic Orchestra, with whom he toured to Asia, South America, and across Europe.

After studying at the State University of Music and Performing Arts Stuttgart with Prof. Marta Klimasara he won a scholarship academy position in the renowned Gürzenich Orchestra Cologne, where he got inspired by famous conductors and soloists.

Being a multi-percussionist, his repertoire ranges all percussion instruments from classical over jazz to modern music including contemporary and cross-genre styles with electronics. Besides original works and arrangements, own creations get increasingly important.

He aims to popularize the versatile world of percussion and break through old patterns.