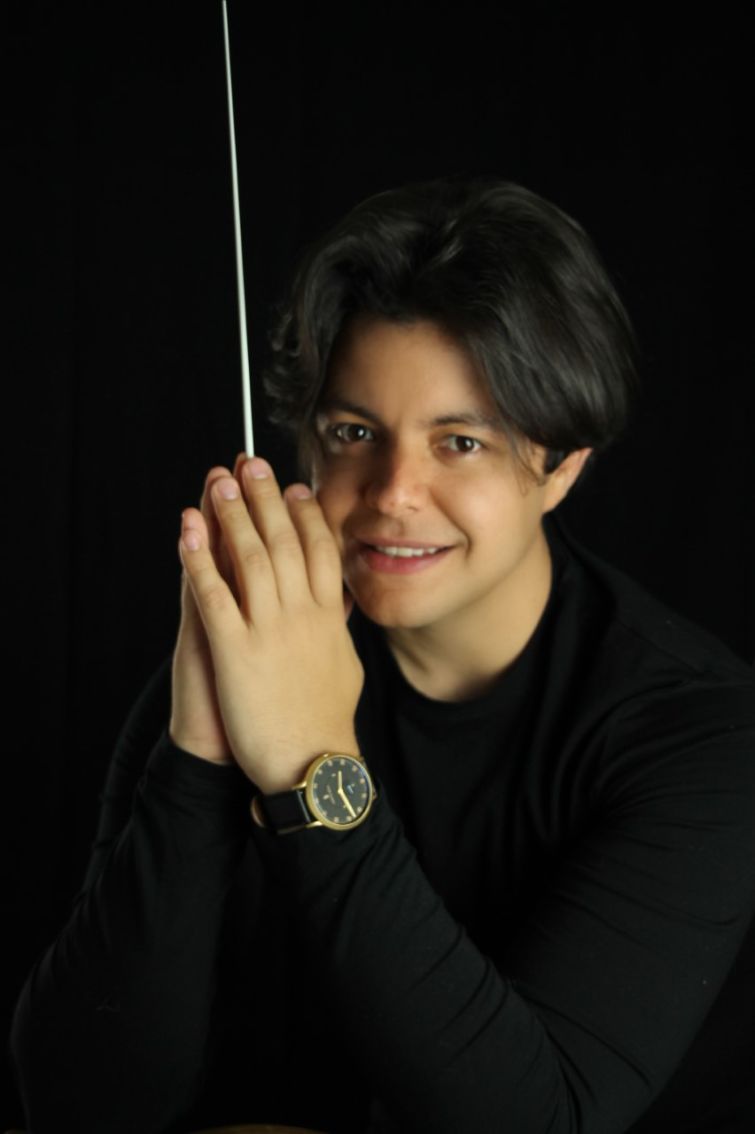 Jose Olivetti is a young Venezuelan Violinist and Orchestra Conductor trained within the National System of Orchestras and Youth and Children's Choirs of Venezuela, in Orchestral Conducting with Tarcisio Barreto and Maestro José Antonio Abreu and Violin with Professor Savino D`addona, Ruben Camacho, and Francisco Diaz.

As a violinist he has participated in various national and international courses and festivals, including the "Latin American Violin Academy", "Festival y Academia del Nuevo Mundo", Festival Unión de las Artes, "Festival Internacional de Invierno de Campos do Jordao" in Brazil, among others, and as a conductor, he has participated in the "Bruckner, Berlioz, Strawinsky Conducting Masterkurse" with Maestro Jorma Panula and the Ruse Philharmonic Orchestra, "Blue Danube Opera Conducting" with the "Bourgas State Opera", "Schlern International Music Festival, Italy" with Maestro Alexander Treger, "Philharmonischen Kammerorchester Berlin" with Maestro Colin Metters, and the "Lithuanian State Symphony Orchestra", among others.

Olivetti emphasizes that having been a student of Maestro José Antonio Abreu "has been an unforgettable and transcendental experience as well as a dream come true". The conducting classes with Maestro Abreu "have been a time of creation and organization of projects, of musical, spiritual and human growth", which have led him to participate as a guest in the international tours of the Caracas Youth Orchestra in Portugal, Italy, Russia, Belgium, Czech Republic, Germany and Austria, and to create projects such as the Orquestra Centro-Norte del Estado Lara, a musical and pedagogical project for the strengthening of the orchestras and the nucleus of the state of Lara.

A musical career that continues to grow and spans the American, European and African continent, the latter, where he has been guest conductor of the "Xiquitsi Festival" in Mozambique in 2015 and 2018. He has participated as guest violinist with the Ensemble Haar in a series of concerts in Germany and Italy, and with the Freisinger Symphonie Orchester in concerts in Germany.

In 2018 he is appointed musical and artistic director of the project C.O.N.SONANZA in Germany, inspired by the pedagogical-musical model of "El Sistema de Orquestas" in Venezuela. He is appointed guest violinist of the "Seraphin Ensemble München" and is awarded the scholarship of the "Theodor Rogler Stiftung" in Munich for young musicians, continuing his training as a Conductor with Maestro Maurice Hamers and as a Violinist with Maestra Senta Kraemer at the "Mozart Zentrum" in addition to receiving study support from Elena Probst.

In 2019 he creates the competition "Tocar y Luchar" and even with a very tight concert schedule, he continues to support and encourage the musical, pedagogical, and artistic growth of teachers and projects in conservatories, music schools, children's and youth orchestras in Venezuela and the world.

After starting his second season as Conductor of the Harmoniamusik Welden in Germany, in the 2020-2021 season he continues as Guest Conductor of the Geração Orchestra and Sistema Portugal with whom he has developed a wonderful relationship since 2011 when he received his first invitation to conduct the orchestra with which he has performed concerts in the main cities of the country such as Lisbon, Porto, Coimbra, Gimarães, Amarante, Evora, Braga among others and highlighting the concerts of the UEFA Champions League Final Festival with the Geração Youth Orchestra and the Choir of the National Conservatory of Music of Lisbon, the concert of the Geração Orchestra with the Gulbenkian Orchestra, Binational Concert Portugal-Spain, Binational Concert Portugal-Switzerland, among others.

He will start a new season as Musical and Artistic Director of the Orchestral Project C.O.N.SONANZA (El Sistema in Germany), besides performing as Guest Conductor and Violinist in orchestras in Europe.