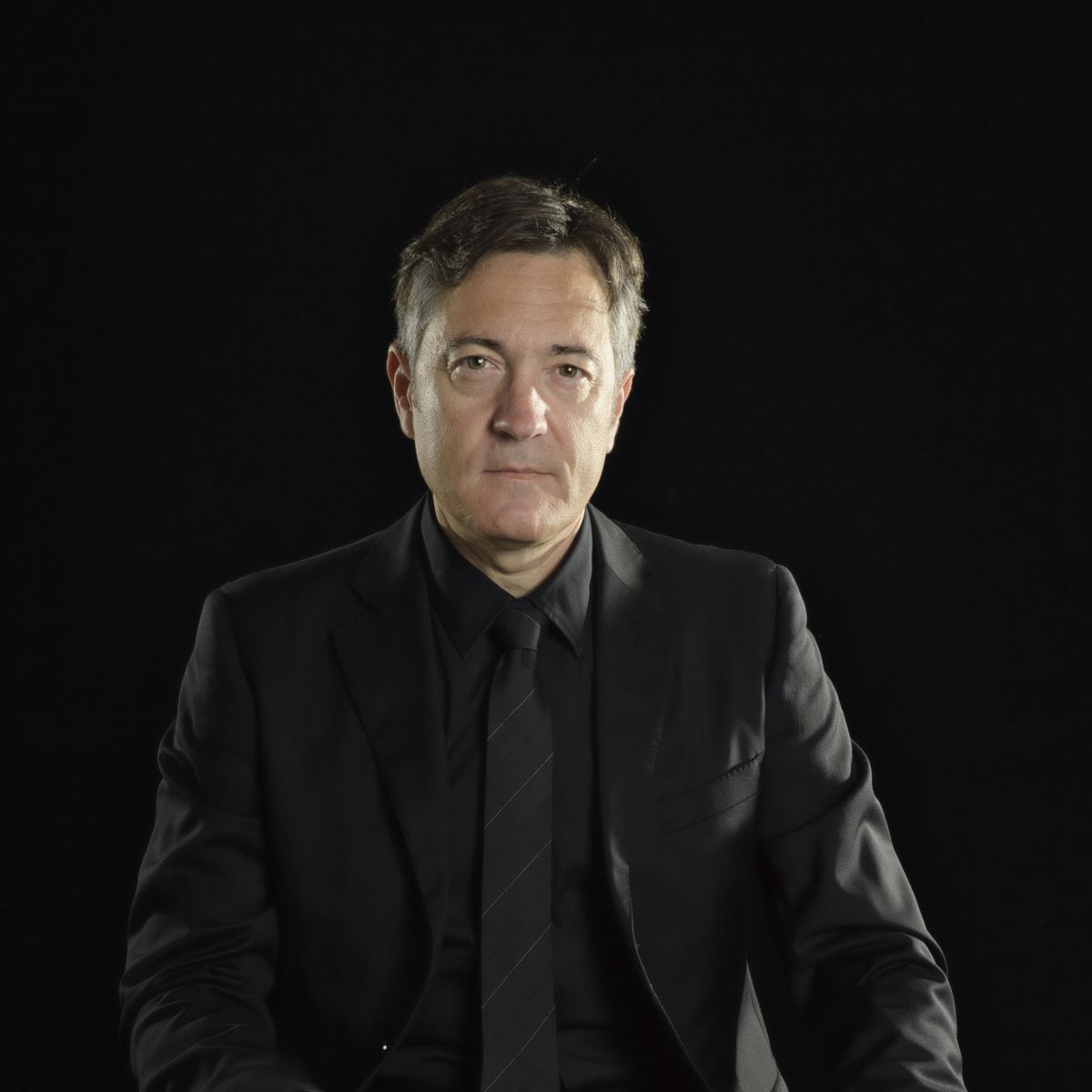 At the age of 23, Jesús founded the Chamber Orchestra of San Sebastian. That same year he gained a scholarship from the Cultural Delegation in San Sebastian to study conducting at the Vienna Conservatoire with Julius Kalmar. A year later he passed the entrance examination to the Royal Academy of Music in London, where he studied conducting with Sir Colin Davis, George Hurst, John Carewe, and Colin Metters, and choral conducting with Horst Neuman. Whilst at the RAM, he won the South Hall Memorial Prize in conducting.

In 1988 he started his association with the Navarre Symphony Orchestra. The following year would see his debut with the Basque National Orchestra. Since then, he has conducted many of Spain's leading orchestras.

During his time in London, he established The European Sinfonia, with which has undertaken four tours across all of Spain. Especially noteworthy was the concert that opened the season of 'Compostela 93' (Jacobean year), featuring Beethoven’s Ninth Symphony with the participation of The European Sinfonia, The London Philharmonic Choir, with Katia Ricciarelli and Elena Obraztsova amongst the soloists. His most recent tour included performances in Barcelona’s Palau, in Valencia, San Sebastian, and in the Festival Palace of Santander, where he received excellent reviews for his interpretation of Beethoven’s 5th Symphony and Prokofiev’s Peter and the Wolf, with Miguel Bose as the narrator.

Also, he has conducted the Latvia Philharmonic, in Riga, with a program that included Rimsky-Korsakov’s “Scheherazade”. In May 1995 he made a tour around the Basque Country with the National Orchestra of Russia for the celebration of the centenary of Carl Orff. The program included the world premiere of one of Echeverria’s own compositions for orchestra, “Elegy”, in addition to “Carmina Burana”. A more recent premiere was with the Basque National Orchestra in the framework of the festival Musikaste with his work “Music for some images”.

In August 1997 his piece “Two Sketches” was recorded on CD by the conductor Olaf Koch and the Navarre Symphony Orchestra. In July 1998 he received a composition prize granted by the Spanish Youth Institute INJUVE 1998 - COMPOSITION FIELD, directed by Cristóbal Halffter. In February 1999 he obtained the International Composition Prize PABLO SOROZABAL with his “String Quartet Nº 2, Tétares".

In July of 1999, he received once again the composition prize granted by the Spanish Youth Institute INJUVE 1998 - COMPOSITION FIELD, directed by Cristóbal Halffter, receiving at the same time a commission to compose a piece from the CENTRE FOR THE DIFFUSION OF CONTEMPORARY MUSIC. The world premiere of this piece, “Dialogues”, took place in Madrid in 2000.

In October of 1999, his work ENNEA III was awarded the first prize to the MUSICAL COMPOSITION COMPETITION, under the auspices of the Navarre Regional Government. In the year 2000, Echeverría received the XVIII INTERNATIONAL JOAQUÍN TURINA COMPOSITION PRIZE, given by the Seville City Council, with his composition for a large orchestra “Requiem sine Verbis”. The Royal Symphony Orchestra of Seville performed the work in December 2000.

He also has obtained the XV INTERNATIONAL COMPOSITION PRIZE CIUDAT D’ALCOI for chamber music with the work “Coplas”, a trio for Saxophone in Eb, Accordion, and Vibraphone. His work “4 Movements for Wind Quintet” has been recorded on CD by the Pablo Sorozabal Wind Quintet. Also, the Navarre Symphony Orchestra has recorded his piece for symphony orchestra, “The Silence of the Stones”, on CD.

His last works to be recorded have been a work for solo guitar, “Symetria”, and “Diverticello”, for solo cello, recorded in 2017.

Echeverría has conducted and recorded opera, zarzuela (Spanish operetta), and symphonic- choral works. Among the operas, one should highlight the notable performances of “Le Pecheurs de Perles” by Bizet, and “The Abduction from the Seraglio”, by Mozart. He has recorded on DVD the “Requiem Mass” by Hilarion Eslava. Also, he has performed the opera “Las Golondrinas” by Usandizaga for Television.