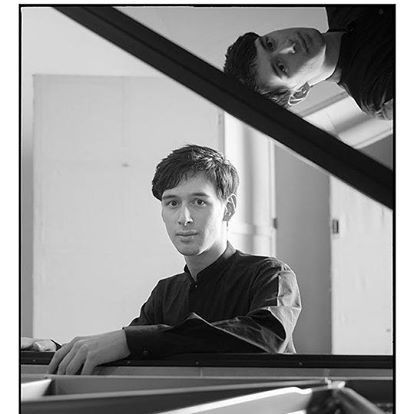 Born in Tokyo in 1989 to a Korean father and a French mother, Jean-Michel KIM grew up in Japan, studied at the music high school attached to the Tokyo Music University before leaving at nineteen for France to continue his studies at the Conservatoire National de Musique et de Danse de Paris.

As a chamber musician, he is highly appreciated and requested by important Japanese musicians such as violinist Mie Kobayashi or clarinetist Seiji Yokokawa.

Since 2010, he has formed a duo with violinist Keisuke Tsushima. The duo was awarded the Sacem Prize at the 10th Lyon International Chamber Music Competition in 2014. In 2016, violinist Keisuke Tsushima won the 12th International Music Competition of Romania and Jean-Michel received the Kariyazaki Shôgo Prize. The duo was a laureate of the Banque Populaire Foundation.  Their CD 「Recital at Opera city Hall」 was highly reviewed by critics.

He has been working as an assistant professor in the vocal class at the Conservatoire National Supérieur de Musique de Paris since September 2020.