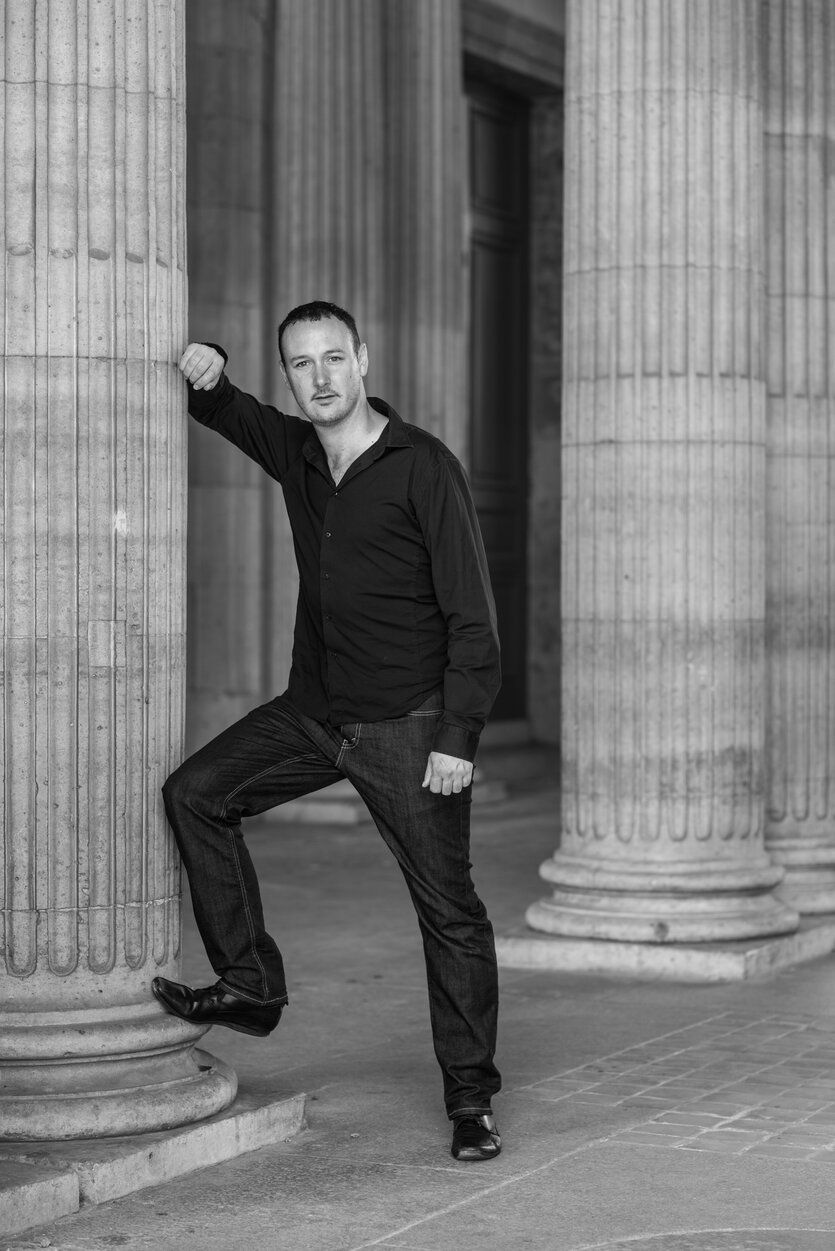 Hugo Tranchant made his debut at the Capitole de Toulouse in l’Enfant et les Sortilèges (The little old man) by Ravel in 2013.

Hugo also performed more than a dozen operetta roles in Offenbach, Lehár, Halévy, Lecocq and Nadaud in places such as the Théâtre Impérial de Compiègne and Grand Théâtre d'Angers.

In “Ce qui plait aux hommes” by Delibes with les Frivolités Parisiennes, he appeared as Prince Dorilas conducted by Mathieu Romano. In 2018, he joined the cast of les Misérables the French Musical Concert and sang in their international tour in China and Belgium.

Along with his university studies in English and Italian, Hugo graduated from the Conservatory of Rennes and ISDAT, Toulouse. He also studied at the Conservatorio Giuseppe Tartini di Trieste, Italy, and the Hochschule für Musik, Theater und Medien, Hanover, Germany.

During the 2019/2020 season, he made his debut in three different Offenbach roles: Gustave/stage director in Pomme d’Api, Microscope in the Trip to the Moon with Opéracting and the Zoroastre Ensemble conducted by Savitri de Rochefort, and, Campo-Tasso in the Bandits with the Note et Bien Orchestra conducted by Marc Desmons. The rest of the season will be focused on two composers he particularly appreciates: Rossini in la Petite Messe Solennelle and Mozart in Die Entführung aus dem Serail (Pedrillo).