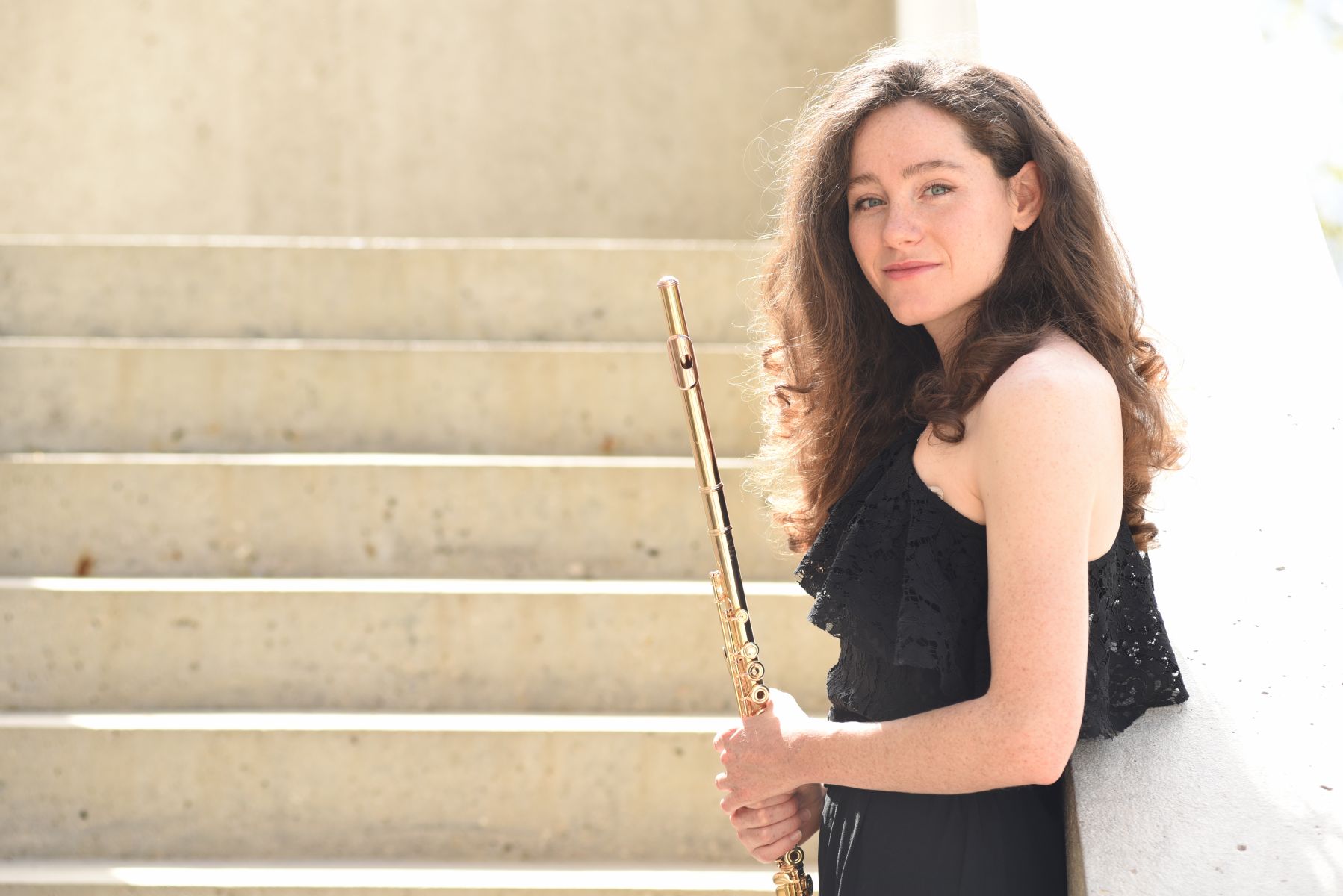 Swiss flutist, Helena Macherel, is a versatile musician who enjoys her career as a chamber musician and soloist. At the age of nineteen, she was awarded the Paul Streit Prize of the Concours de Genève (Switzerland).

Praised for her “luminous musicality”, she had multiple opportunities to perform as a soloist with orchestras such as the Zurich Chamber Orchestra in the Zurich Tonhalle, the Budapest Radio Symphonic Orchestra, the Nice Philharmonic, and the Lausanne Chamber Orchestra, and has also shared the stage with François Benda, Damien Bachmann, Cédric Pescia, François-Xavier Poizat, Nurit Stark, Caroline Melzer, Tjasha Gafner and Joel Sachs. Additionally, Macherel has also been invited to perform in the Sine Nomine Festival, La Prairie Bellmund, Puplinge Classique, Art Association and Théâtre Kléber-Méleau concert series. Since 2018, she plays the baroque flute with La Fontana Cantabile Ensemble. That same year, she won the 1st prize of the International Anton Rubinstein Competition Berlin.  In 2021, she had the opportunity to record three new CDs. During the summer of that same year, she became a member of Verbier Festival Orchestra.

In 2017, Helena Macherel was engaged for a two year internship position with the Musikkollegium Winterthur Orchestra (Switzerland). She plays regularly with orchestras such as Camerata Venia Orchestra, Nexus Orchestra (Switzerland), The Juilliard Orchestra and The New Juilliard Ensemble (United States), and she is a regular substitute for the Lausanne Chamber Orchestra (Switzerland) . She played under the baton of Carlos Miguel Prieto, David Robertson, Thomas Zehetmair, Douglas Boyd, Raphaël Pichon, and Michael Sanderling. In 2019, she won the 3rd Prize of Maxence Larrieu International Competition (France) and, in 2017, the 1st Prize of Jeunesses Musical International Competition Belgrade (Serbia).

Recently, she graduated from the Juilliard School in New York with Robert Langevin. At the age of fourteen, she entered the University of Music of Lausanne in the class of José-Daniel Castellon. There, she obtained her Soloist Master’s Degree and was awarded the Fritz Bach Scholarship. Then, in 2014, she studied with Silvia Careddu at the Hanns Eisler Hochschule für Musik Berlin. Macherel primarily took lessons in Paris with Claude Lefèbvre and also received instruction from renowned flutists such as Patrick Gallois and Emmanuel Pahud.

Over the years, Helena Macherel has been supported by the Leenaards Foundation, the Friedl Wald Scholarship, the Pour Cent Culturel Migros, the Minkoff Foundation, as well as the Casino Barrière de Montreux Foundation.

​In addition to her flute work, Helena Macherel has a passion for composition. She is currently writing instrumental concertos and is interested in developing her style and expression through orchestral works. She took composition lessons with William Blank at Lausanne University of Music.