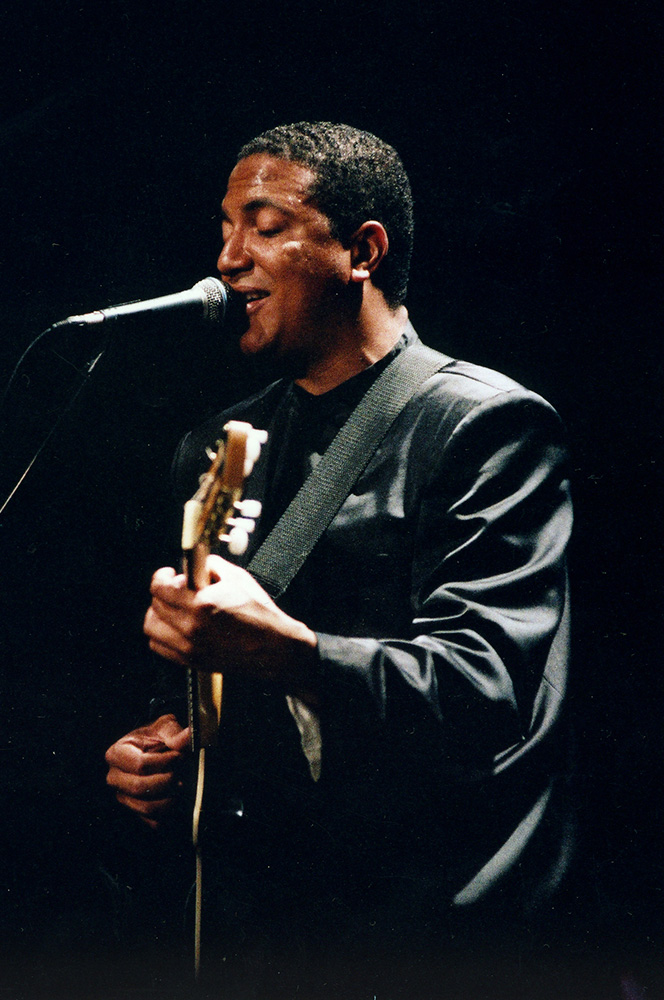 Who am I?
My name is Helder Tavares, better known as "Derito". I am an Angolan song writer and composer who aims to expose the Angolan music past its borders and show people the quality of our roots. It has been 30+ years (1985) and I hope to continue for much longer.

Early Days
I was born and raised in Benguela, Angola in August 1966. I migrated to Portugal in 1982 due to the ongoing war in Angola and was forced to adapt quickly in order to survive on my own.

I eventually made a small band and started playing in bars (in 1985), alongside university. But there came a time where I had to make a choice between my studies and music, and that is when I decided to become a full-time musician.

My Career
I am the author of 4 albums between 1995 and 2016 and my career has been centred around them. I had the chance to meet some amazing musicians and people, travelled the world and seen different cultures, all while doing what I love to do. In 2006 I was Angola's representative in the football World Cup in Germany.

In 2007 I composed the Anthem for the African Basketball Championship. In 2010 I was nominated the Ambassador for the Football African Cup of Nations and I composed 2 tracks for the competition.