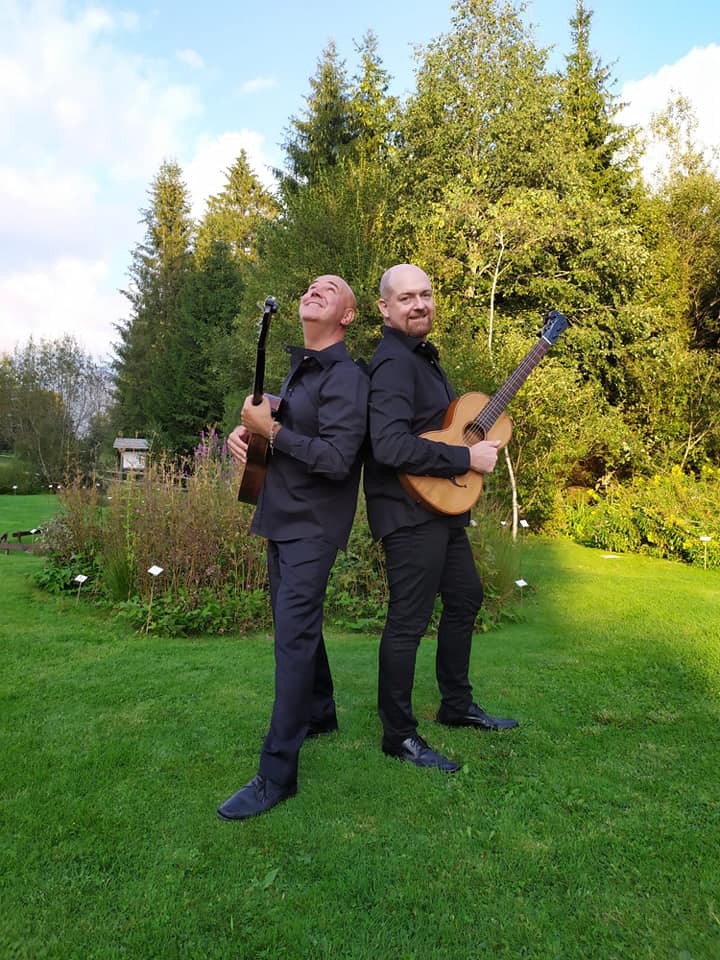 19th Century Guitar Duo, composed of Italian guitarists Michele Costantini and Alessandro Radovan
Perini, both of whom have proven and important musical experience—as soloists and in other
formations—focuses on exploring the 19th century European repertoire for two guitars with philological
attention, also through the use of original instruments from the period, such as the small trio guitar and
the ten-string Schrammel guitar.

Founded in 2016, the 19th Century Guitar Duo has performed in various concerts in Italy and abroad,
always receiving great acclaim from audiences and critics.

In November 2017, the duo was invited by the Municipality of Varaždin to give a concert in memory of
the most important Croatian composer and guitarist of the 19th century, Ivan Padovec (1800 - 1873), in
his hometown Varaždin.

To celebrate the 150th anniversary of the death of Gioacchino Rossini, the 19th Century Guitar Duo
2018 has put together a program entirely dedicated to the great Italian musician. Some of his most
famous and beloved themes and operatic arias are performed, specially transcribed for two guitars
(original transcriptions by Michele Costantini); in this way, the audience is presented with some of
Rossini's most evocative pieces in the unprecedented form of the guitar duo.

Presenting this musical project, in January 2018 the Duo inaugurated the International Exhibition on the
historical guitar between Rose Sonore - curated by the Tactus Music Association - which for years has
been held in Treviso, Palazzo dei 300, with the concert "Dal waltz all'opera: Omaggio a Rossini".
The 19th Century Guitar Duo, in the past year, has been the protagonist of numerous recitals based on
the Rossini project, also stopping in Venice on the occasion of Venice Art Night (June 2018).

Also with this format, in November 2018, at the invitation of the Italian Institute of Culture in
Copenhagen, the Duo performed in the Danish capital-as part of the week of Italian cuisine in the world-
in a recital/show entitled "The Joyful Genius: Gioacchino Rossini at the Table".

From 2019, the Duo has developed a new recital program dedicated to the most famous and beloved
operatic arias of the 19th century, drawing from authors such as-in addition to Rossini himself-Guseppe
Verdi, Gaetano Donizetti, and Vincenzo Bellini; all, once again, proposed in the original and unpublished
version of the guitar duo through Michele Costantini's transcriptions.

With this new project, the Duo released the record product Guitar Opera in the summer of 2020. The
pieces of Guitar Opera were presented for the first time in recitals in the fall of the same year within the
Pordenone Music Festival Review, supported by the Friuli Venezia Giulia Region.